Chunky Panday Says The Sexual Allegations Against Sajid Khan Are The Result Of A Misunderstanding Because Sajid Is Outspoken. What A Ton Of Rubbish! 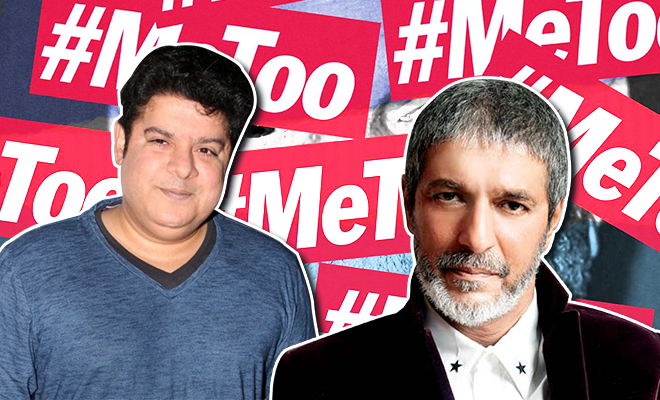 For the longest time, sexual harassment has not gotten enough acknowledgment in India. Unless the perpetrator has had forceful intercourse, everything else had been dismissed as if it’s all okay. Eve teasing, groping, forcing someone to touch you or saying sexual things to an unwilling woman, are all forms of sexual harassment. These experiences are enough to emotionally and mentally break someone down, even if there has actually never been any physical contact. Last year, in the wake of #MeToo movement, the shady side of several renowned personalities was exposed by valiant women, who decided to break the chains of silence. Houseful director Sajid Khan was one of those shady men, who got accused by three actors and a journalist for sexual misconduct. And now, Chunky Panday has gone ahead and portrayed the collective regressive mentality of the misogynist section of our country. He conveniently dismissed the terrifying experiences of those women calling it all a misunderstanding. Yes, it was that. How silly of these 3 women to take this in the wrong way.

Chunky Panday attributed the whole “misunderstanding” to Sajid Khan being an “outspoken person.” Okay, Panday, are you even aware of the accusations against him? Because either you are completely disconnected from the real world or you are belong to the category of assholes, who dismiss the sexual harassment women experience. Here’s what he said, and let me warn you, be ready to feel agitated, “The thing is Sajid has always been a very very outspoken person. He has always been this flamboyant person, what you see is what you get. A lot of people might misunderstand Sajid Khan. Sajid just says things for effect, he doesn’t mean them.” So when he grabbed actor and model Saloni Chopra’s hand and placed it on his penis was that for effect? Please school us because we women seem to have got it all wrong.

“He’d talk about his dick and how big it apparently is and his sexual needs. He would ask me to touch his dick and get irritated with me when I said I didn’t want to,” Saloni Chopra had revealed. At one point, he wanted to explain to Saloni (because that’s what outspoken people do, right Panday?) how she is not being able to give him a “boner”. So he tried to place her hand on his penis and when she resisted or got disgusted, he allegedly pulled down his pants to prove the point. So what is the misunderstanding here, Mr. Panday? Did she unknowingly sign up for a dick flash? I don’t think so.

Actress Ahaana Kumra, revealed that he asked her strange questions. She said, “But he still asked me bizarre questions like, ‘Would you have sex with a dog if I gave you Rs 100 crores’? He didn’t touch me.” So, Chunky Panday, please. Take your misunderstanding and keep it to yourself.

ALSO READ: MeToo Accused Anu Malik Is Back As A Judge On Indian Idol. Sona Mohapatra Is Irate And We’re Disappointed

Suddenly, all of this is ignored, because Sajid Khan is like a “little brother” to him…or so he said. Thankfully, we also have respectable men like Farhan Akhtar who spoke up against Sajid Khan, even though they are family. “It was surprise, disappointment and strangely, because when it’s a member of your family, you also feel a certain level of guilt.” He had further added, “The truth is I didn’t. If I did know I would’ve spoken about it way before the story broke. There was this certain guilt about that, how could this be going on and I had no idea. So there were conflicted emotions.”