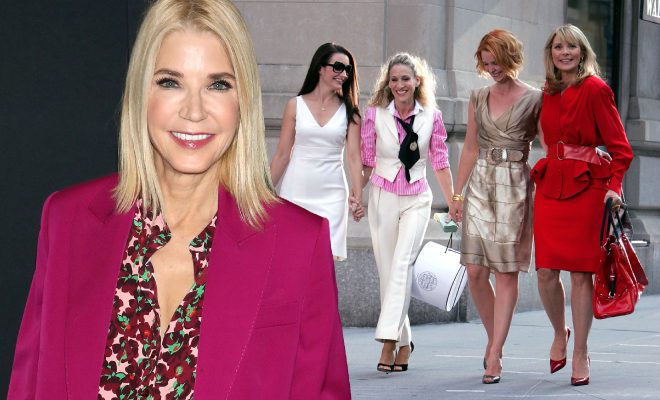 I have to say, Sex and the City is a cult classic. I mean, women from around the world continue to fangirl over the series as well as the movies and have high hopes staked on the SATC reboot that’s coming soon. And why not? It had bold, imperfect women in a story of what sisterhood looks like at its best (and even at its worst). But there was one thing that I, in particular (of course), didn’t like about SATC. It was the fact that one of the main characters’ entire point was to find a man to love. Yes, I’m talking about Carrie Bradshaw, played by Sarah Jessica Parker. Let’s be honest, most women may not want that. I know I don’t just want a man at the end of the day. Now, I’m not saying I don’t want love or a man to love, I’m saying that my life doesn’t revolve around finding love/wanting a man to love. Honestly, I would be perfectly okay even if I don’t find it. And Candace Bushnell, the author of Sex and the City, the book on which the show is based, shares my opinion too.

When Candace Bushnell was told how many Sex and The City fans find the show to be their guiding light in life, she responded saying that the show isn’t very feminist and shouldn’t be a model to live by.

Talking to the New York Post, Candace Bushnell said that women around the world should not just think about finding themselves their Mr. Big (played in the show and movies by Chris Noth). She explained that landing a Mr. Big, should not be the primary goal of any woman and believes that a woman can achieve so much more when they are not relying on a man. Hear hear!

Also Read: Sex And The City’s Reboot Could Be An Exciting Opportunity For Fashion Labels To Be Involved In The Fabulous Lives Of Carrie And Friends

According to Hollywood Reporter, Candace said, “The reality is, finding a guy is maybe not your best economic choice in the long term. Men can be very dangerous to women in a lot of different ways. We never talk about this, but that’s something that women need to think about: You can do a lot less … when you have to rely on a man.” Bushnell further spoke about the Sex and the City TV adaptation “The TV show and the message were not very feminist at the end. But that’s TV. That’s entertainment. That’s why people should not base their lives on a TV show.”

Candace Bushnell even commented on Kim Cattrall’s decision to not return for And Just Like That, the SATC reboot. She understood where Cattrall came from and said, “I absolutely love Kim… But it seems she wants to do other things, and she doesn’t feel like doing the show. Maybe she doesn’t want to be that character anymore.”

Honestly, I agree with Candace Bushnell. I believe the show could be more of a guiding light on how sisterhood should run but then again, every girl gang is different and so are their equations. Taking Sex and the City as your go-to life module isn’t necessarily the best thing to do (yes, just like Candace Bushnell said). In fact, I believe that there is something that we can pick up from every show/movie/book we watch/read and can imbibe it in our lives. I mean, why stick for one when you can have many?