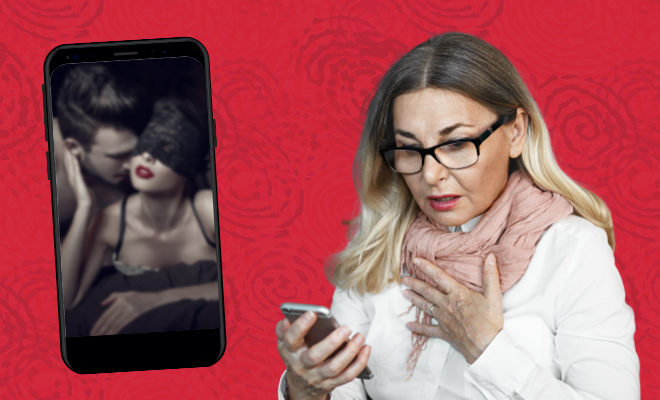 Canadian Woman Accidentally Sent Her Mother A Sexy Video Of Herself. Uh Oh!

One Sunday, last year, I decided to start watching Black Mirror. I got so wrapped up in the show that I stayed up all night watching one episode after the other. Do you know what I realised that day? Inevitably, our future is going to look like something out of one of those episodes. Technology is going to take over. We already have things like AI and predictive analytics. Sometimes I am blown away by the digital and virtual world we practically live in now. Just like I was when I read a funny story about this woman who accidentally sent an R-rated video to her mother after the Google Photos’ facial recognition feature worked its magic. It’s hilarious!

It all started when this Canadian woman, Kara Tonin, shared an album of her son’s pictures on Google Photos with her mother. However, she must’ve had the facial recognition feature on so when Google Photos detected her son’s face in a picture on the fridge in the background on an R rated video, it added that to the album as well and sent it to her mother. That is so awkward. As convenient as Google Photos’ facial recognition feature is, it can clearly be tricky.

Also Read: Video Of A Woman Doing A Headstand And A Split In A Saree Goes Viral. Such A Star!

Making a video to narrate this hilarious anecdote, Kara made a PSA video. She explained that she made the R rated video when she was trying to spice up her relationship. It landed her in a very sticky situation with her mother. Kara said in the video, “So a little while back, I decided I wanted to spice things up a little bit in my relationship, and I made a rated-R video where I was doing unspeakable, ungodly things. And Google Photos picked up a very small picture of my son in the background on my fridge and said, ‘Hey, that’s a picture of Josh. Let’s send this video to Kara’s mom’”

Further adding, “So Google Photos has this incredible thing where it recognizes people’s faces, and if you type in their name, it’ll pull up every picture and video with their face in it. And then you can make an album of that person and share it with your friends and family. “Isn’t technology incredible? A little too incredible if you ask me.”

She concluded her video by apologising to her mother. I want to be a fly on the wall when they have an actual conversation about it. So awkward. But hey, at least now we know to switch off the facial recognition feature from our Google Photos.

Women Are Beating Men At This New Viral TikTok Gravity Challenge. It Looks So Fun!