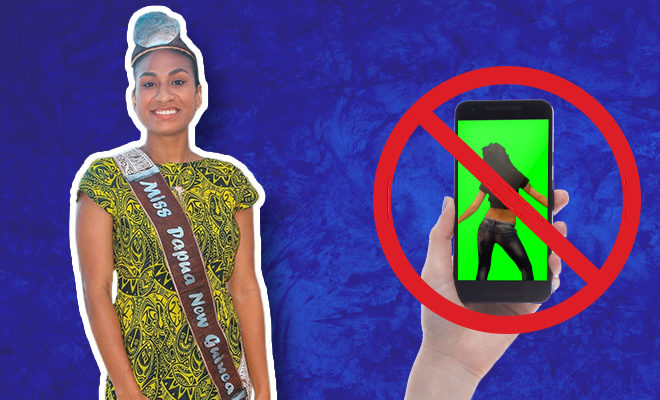 Beauty Queen Stripped Off Crown After She Posts A Twerking Video On TikTok. What’s With The Sexism?

When I was younger, I would often tune into beauty pageants fascinated by the glitz and glamour, watching how models would walk that walk and give woke answers to questions that were deeply centered around world peace. Of course as I grew up, I realised that the underlying sentiment of pageants was not to promote world peace, but to set unrealistic standards of beauty. However, off late if there is another realisation I have had about these pageants, it is that hardly any of them end without a dramatic blow-out.

Following shortly after the fiasco that took place during the crowning moment of Mrs. Srilanka, the drama is now centered around Miss Papua New Guinea who was recently stripped off of her crown, get this, for posting a TikTok video which shows her twerking.

A rather sexist and infuriating incident, that took place after Miss Papua New Guinea, Lucy Maino, shared a video of herself twerking on her private TikTok account. The video is said to have been downloaded from her account and put on social media, which then quickly went viral. Attracting a lot of criticism and hate from netizens, including statements where critics called the video “inappropriate”, it was said that she was not fitting for a role model if she chose to share such videos.

Still trying to figure out when a woman’s dance moves became inversely proportional to her capabilities to serve as a role model, the fact that her crown was taken away from her, shows how problematic the society still is when it comes to judging women.

Also Read : Beauty Queen Injured After Former Winner Snatches Her Crown On Stage And Insults Her

People who expressed their dissent over taking away her crown said that this move revealed a culture of misogyny and sexism in the island country. And boy, do we agree. The backlash she received from the netizens, probably with a mind as shallow as their view of women, led to the Miss Pacific Islands Pageant PNG (MPIP PNG) committee to ‘release’ Ms Maino, the 2019 winner of Miss Papua New Guinea, from her duties.

In a statement they said, “After discussions with Miss Maino last week, MPIP PNG now formally advises that the reign of the 2019 crowned Miss Papua New Guinea had come to an end and Miss Maino has been released with immediate effect.”

Beauty Pageant Winner Stripped Of Her Crown For Twerking Video https://t.co/zRMJK908zA Miss Papua New Guinea has been stripped of her crown over a TikTok video which shows her twerking. https://t.co/BZElQUV7F8 April 08, 2021 at 10:15AM NDTV News – Offbeat …

They went on to mention, ” The MPIP PNG is focused on developing young women holistically, ensuring that they grow in terms of academia, social consciousness, personal development, and exposure to a bigger brighter world with awareness of issues facing PNG and the region.”

Meanwhile, those who dismissed the committee’s backward and sexist move did not stay quiet either. A woman’s advocate commented on the matter as she shared, “”The committee could have handled it better by first outlining the clause that she breached as a reigning queen … I feel that they threw her under the bus and didn’t give her a chance to come out and talk. That is not the way to go.”

It’s a shame that while on one end women are being encouraged and empowered to take part in such pageants to bring a change to the world, they are also being criticised and judged for being who they are. Because apparently, a woman who twerks can’t be a role model. Well Nicki Minaj is showing them.

Also Read : 22-Year-Old Myanmar Beauty Queen Han Lay Is Speaking Out Against The Country’s Alleged Military Atrocities And Going Viral For It