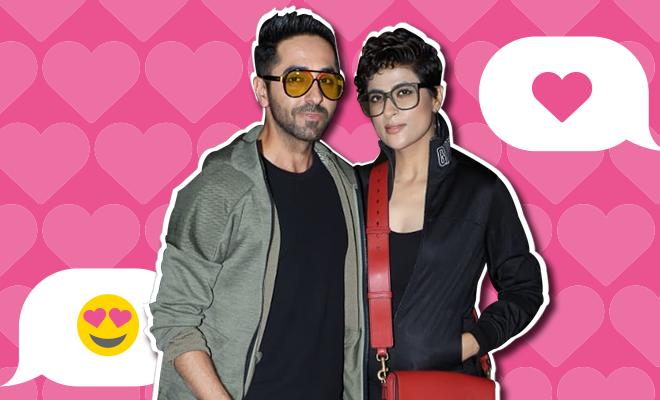 They say absence makes the heart grow fonder, and I completely agree! You know when you’re seeing too much of each other, you start taking their presence for granted. Even if you get to spend one hour less with them, you will probably complain. But when they’ve been away and you’ve been missing them like hell, even a brief 15-minute meeting can put the spring back in your step! You begin to appreciate what you have and make the most of it. At that point, even if they are just sitting next to you, doing their own thing, it can make you happy. It’s pretty much like going on a diet.

I went on GM diet once, it was a terrible idea, and they were possibly the worst 6 days of my life. In those 6 days, while it’s obvious that I had to give up on pizzas and burgers, I wasn’t even allowed to have a cup of dal. When the diet got over, I had roti, sabzi, dal with so much love, like it was a big massive burger. Now when you’re in a relationship, your dal and pizza are pretty much the same person. Please excuse my food references, I am hungry and also, I love food. So when you finally meet them after a long hiatus, it feels like heaven. Which is probably why, when Ayushmann Khuranna returned home after 3 months of outdoor shoot, he expressed his feelings in quite a romantic way.

He took to Instagram to share a picture of wifey Tahira Kashyap and wrote: “Don’t know what is she trying to find out? Ghar ki chaabi gum gayi thi shaayad. Ya main gum gaya tha kuch maheeno se. Coming back to her after 3 months. @tahirakashyap ❤” That is so cute! Why is this guy so perfect? We all want a bae who can make something as simple as this sound like a shaayari. Uff!

While we had assumed that Ayushmann dearest had clicked a candid, Tahira clarified that it was a rather staged candid! Her post read, “When gym and loo isn’t the only place you squat! And this is a strategically aligned one (attempted at looking casual but miserably failing?) where the best profile and a little bit of red are on the same side? What?? Posing and me??Noooo!! Isn’t this how everyone waits for the elevator at 1 at night?” We love Tahira’s subtle sense of humour. These guys are such cuties.

It’s not like everything’s been hunky dory for them, since forever. Marriage requires constant effort, and these guys are proof that it’s all worth it. In an earlier interview with SpotboyE, Tahira had revealed, “I had a problem with him kissing on screen. I felt like a big, huge fat whale sitting at home. When you are pregnant your hormones also go up and down. Here this boy is looking at his youngest youth best and he is romancing women and what is this onscreen kiss!” She further added how Ayushmann never gave up on them, “I had given up many times but he did not. He didn’t use to give up but he also didn’t make up… We both have really evolved as artists, as companions and we have seen a journey including cancer being a part of it. Where we are right now, it is at its strongest best.”

ALSO READ: If Tahira Kashyap & Ayushmann Khurrana’s Marriage Survived THIS, Yours Can Too!

On the work front, Ayushmann Khurrana has wrapped up shooting for Gulabo Sitabo, alongside Amitabh Bachchan. He will also be seen in Shubh Mangal Zyada Savdhaan, which is the second instalment of Shubh Mangal Savdhaan franchise. The movie is a gay love story, so we’re hoping it will add to the good Sonam Kapoor’s Ek Ladki Ko Dekha Toh Aisa Laga has done. Ayushmann also has Bala, alongside Yami Gautam and Bhumi Pednekar and Dream Girl with Nushrat Bharucha in the pipeline.

Raveena Tandon Goes Full Glam In An Ethnic Outfit At The Airport And We Love It!

5 Zodiac Signs That Make For The Most Loyal Partners