Arvind Kejriwal Encouraged Women To Go Vote But Not Before They Consulted With Their Men. Shut Up With The Sexism! 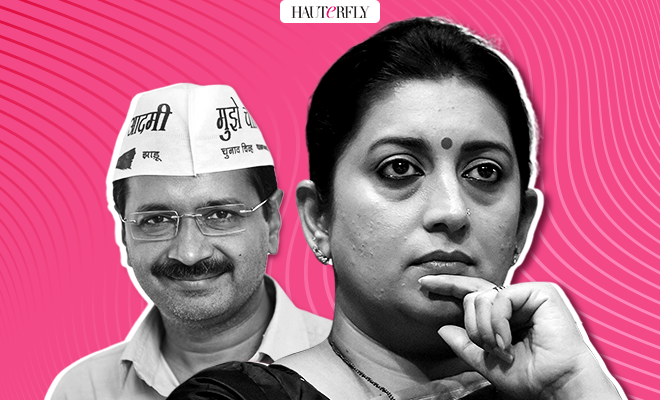 The Delhi elections just happened and they are important in many ways – it’s where we will get to see the shifts in power and perhaps, get a little respite from the constant overwhelming emotion that is this government. And while the exit polls are strongly indicating that an AAP government will come back in power, there’s a little something that Arvind Kejriwal said that’s got us wondering why he must say things like that and ruin any goodwill he may have had.

We’re not saying an AAP government is better. We don’t know. But at this point, nothing is looking too promising. Anyway, Arvind Kejriwal has been continuously providing lip service in the field of improving the safety of women in the capital city – we are not sure how making travel free for women helps our safety – but that’s something he proudly lists as his achievements.

We are talking about this man today because of what he said when he asked the women of Delhi to go out and vote in large numbers. It’s a good thing, right? We thought that too. Except he suggested that the women talk to the men in their family before they go out to vote.

Also READ: Dear Kejriwal, Free Transport Will Not Make Women Safer. We Do Hope It Will Give Them A Fighting Chance, Though

To roughly translate this tweet, he said, ‘Definitely go out and vote. It’s a special appeal, like you take on the responsibilities of the household, in the same way, take up the responsibility for the country and Delhi on your shoulders. You should go out and vote and take the men along as well. Have a chat with the men about who it would be right to vote for’

And that right there is the problem. Because Mr. Kejriwal, we women will take on the responsibility of our households and are pretty good at that, and when it comes to voting, we don’t need the men to tell us who to vote for. We can make up our minds, on our own. It might shock you to know this, but it’s true.

Of course, this was something Smriti Irani also picked up on.

She question why Kejriwal didn’t think women could make up their mind and directed a barb at him with the hashtag #KejiriwalAgainstWomen.

Erm, yes, she was a tad dramatic too, we have to agree. However, Kejriwal’s subtle misogyny isn’t lost on us and we hope he had been more encouraging to the women to go out and vote rather than saddling them with the belittling task of asking their men who to vote for. Tsk, tsk. We expected better, Kejriwal.

Then again, our fault for being so over-enthusiastic as to expect men in power to understand their subtle sexism.