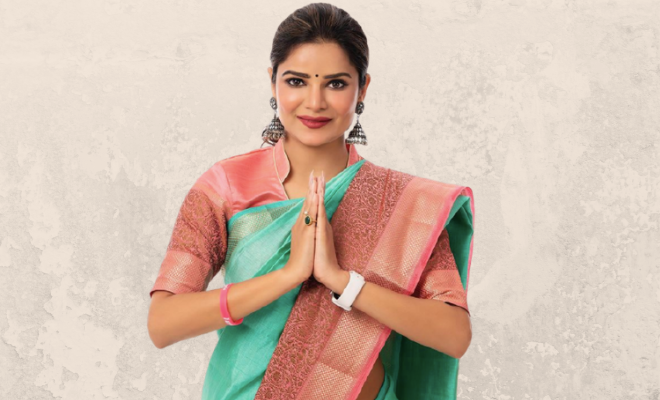 Congress’ Archana Gautam Gets Slut-Shamed For Being A Model. Yet Another Female Politician With Showbiz History To Face Sexism

C’mon, I can’t be the one who believes that social media is by far the most used platform to normalise sexism in the country and even the world for that matter. Users of various social media platforms don’t even tend to think once before slut-shaming, objectifying, and abusing women on the internet. And it is not just the celebrities who are the targets, you have common women, models, politicians, etc. who are targeted as well. Just look at Archana Gautam who now is not just battling political rivals but also sexism that is quite boldly questioning her capabilities and dignity. Photos of the Congress candidate that show her in clothes that show skin are going around and needless to say, the users of social media are showcasing the misogynistic toxicity that is imbibed in our society.

Archana Gautam who is named as one of the candidates of Congress from Hastinapur, Meerut for the upcoming UP assembly elections has been urging people to not mix her professional life in the media industry with her political career. Her statement has come right after pictures of her wearing a bikini and other clothes that show skin went viral on social media.

Archana Gautam who was born in the city of Hastinapur, Uttar Pradesh, is a model and actor who joined the Congress in November 2021. She won the title of Miss Uttar Pradesh in 2014 and represented India in Miss Bikini 2018 and Miss Cosmos World in 2018. She was also seen in movies like Great Grand Masti, Haseena Parker, and Junction Varanasi.

The 26-year-old political debutant got a glimpse of how patriarchal and misogynistic politics can be. Speaking about the pictures doing the rounds, Archana Gautam said, “I represented India in Miss Bikini 2018. I was Miss Uttar Pradesh 2014 and Miss Cosmo World 2018. I request people not to merge my profession in the media industry with my political career.”

Also Read: This Woman Politician Was Kicked Out Of The Parliament Because She Was Wearing Trousers. It’s No Better In India

Archana Gautam, who joined Congress last year in November, said that it was the words of Priyanka Gandhi Vadra, the party’s leader’s words that motivated her to keep going. She said that Priyanka Gandhi Vadra had told her that when she enters the world of politics, she is going to face a lot of trolling because of your pictures and videos, but that she doesn’t need to get scared of it and stay strong through it. These are the words that seemed to have left an impression on the model and actor who seems unfazed by all the sexist remarks by people on the internet and even by the attacks of rival party BJP and other groups like Akhil Bharat Hindu Mahasabha.

What started off her trolling on social media is not her role in movies but her background as the winner of Miss Bikini India 2018. The pictures from that pageant are what is being used by political rivals and trolls to slut-shame and objectify her. In fact, the reports suggest that BJP has accused Congress of cheap publicity by making Archana Gautam a candidate for the upcoming elections.

Also Read: Rajasthan Minister Says Roads Should Be Made Like Katrina Kaif’s Cheeks. And Shouldn’t Speeches Be Without Sexism, Sir?

Archana Gautam, speaking about the sexism she is facing, said, “To people who are abusing and making vulgar statements about me, I want to say that I have two professional lives and they are both different from each other. I would like them to not mix the two because I represented India on an international platform. I have made my country proud.”

Honestly, this disgusts me. I mean, let’s face it, female politicians who’ve had careers in the entertainment industry have forever been on the receiving end of such sexist and misogynistic attacks. Slut-shaming, objectifying, abusing, etc women is what affirms the dominance of misogynistic and patriarchal ideas that create a culture where women are deemed to be less and weak. It is such behaviour that stops our society from being progressive and accepting.