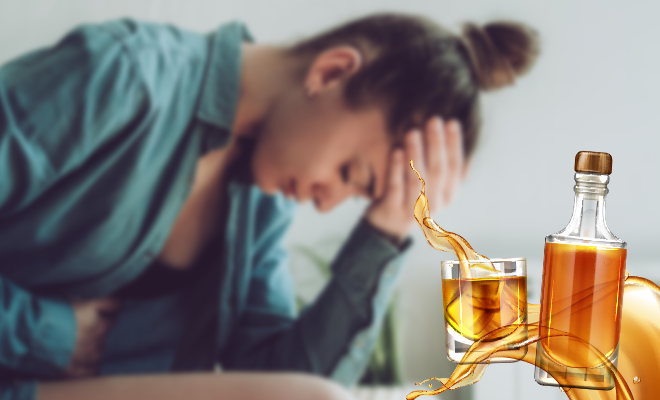 There was a scene in the 2013 hit release Queen, where Kangana Ranaut under the intoxication of alcohol starts speaking her heart out and ends up talking about her Gupta uncle, who never drank a sip of alcohol, never smoked in his life, but ultimately and ironically died of cancer. Seems like we have come across a similar real life incident, where a woman who is a complete teetotaler is on the verge of requiring a liver transplant.

Suffering from a rather unique illness, where her body develops alcohol by itself, Sara Lefebvre’s story is one that will leave you shocked and surprised at the same time. With a syndrome called the auto-brewery syndrome (ABS), which just as its name suggests produces excessive ethanol in her body, Sara Lefebvre who has never had a sip to drink is unfortunately now looking at a transplant.She’s been a teetotaler all her life.

It started when she started to feel intoxicated without consuming drinks, and even got caught on the breath analyzer for being six times over the limit. She couldn’t be diagnosed properly by the doctors for the longest time, who would often take her to be an alcoholic.

Also Read : A Woman In The UK Smashed Over 500 Alcohol Bottles In A Supermarket. We Don’t Know What She’s Going Through, But We Relate

However, finally in February her doctors diagnosed with the unique auto-brewery syndrome (ABS). She has since then been making rounds to the doctor as her health keeps deteriorating with the self produced ethanol in her body. She said, “It has been so upsetting, not just because of what I’m facing but because so many doctors don’t believe the auto-brewery syndrome is a real condition.”

Sara hasn’t been the only one to be diagnosed with this syndrome either, there have been more cases where people would develop the same intoxicated effect after consuming things like cake or chemicals or sometimes nothing at all, to convert the carbohydrates in one’s body into beer.

Also Read : Study Says Women Likely To Drink More Alcohol During Coronavirus Lockdown Than Men. Why Are We Not Surprised?