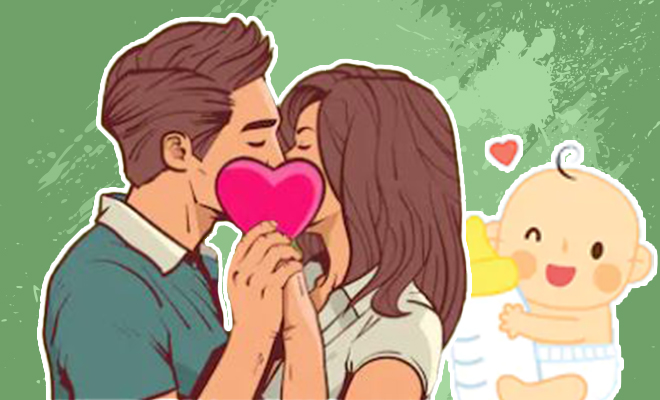 A Nurse Recounts An Incident Before The Internet When A Married Couple Didn’t Know They Need To Have Sex To Reproduce. We Believe It

Okay, so I may have been a little too slow in having crushes and wanting to explore my hornies because I didn’t know what sex is until the sex-ed session at school. I knew kisses and physical affection but I had never known how sex happens. And pregnancy seemed even more perplexing – how can something be rustled up in your womb? Who put it there? As a child, I was pretty much unlettered when it came to it. Even after the sex-ed session in our school, which happened as late as the end of the 8th class, I only had very scientific, biological knowledge of sex. The session pretty much looked like straight out of a textbook.

Back then, some of my friends who had started having boyfriends and crushes, and I would have the wildest assumptions about it. If they missed a period, we’d be worried if they were pregnant even though they had never had sex. Why? Because they didn’t know how that pregnancy works. Well, school kids are allowed to be stupid, it’s kinda a given though we should have had sex education way early in life and not after teens were already out there tonguing someone.

But imagine an adult couple, not knowing what sex is. An NHS nurse, Rachel Hearson recounted her experience with a married couple before internet was a thing saying that they had come to her with a very unique problem. They were complaining that they aren’t able to conceive even after being married for years. Turns out they were expecting the woman to just get pregnant without having sex. Hearson revealed that the couple thought babies just arrive when a couple gets married. What is this, an amazon order?

She shared the incident in her memoir, ‘Handle With Care: Confessions of an NHS Health Visitor.’ “They had been married for some years but children ‘hadn’t come along’. The GP deduced they didn’t know how to make babies, and it was my job to ensure they did!” said Hearson. She further added, “They genuinely thought babies arrived as a result of simply ‘being married’ and had no clue.”

I really wonder how people back then learned about sex. Did their parents sit them down and teach them how to do it? Someone posed this question on Quora and a grandfather replied saying how at the summer camps, the boys exchanged ideas, most of which came from misconceptions. “However, we really knew nothing. We were told about diseases and pregnancy and every reason in the world why sex was “BAD” and dangerous and only worth the risk to make babies. In 9th grade I read Kinsey et al, Sexual Behavior In the Human Male (and Female volume as well) and got rid of massive amounts of ignorance,” he wrote.

Back then, there was barely any substantial sex education and the Kinsey reports were the first of its kind to serve as a sex manual. But thankfully, the couple who didn’t even have their parents talk to them about the birds and the bees learned sex and pretty much enjoyed it. “Teaching someone about sex is quite a responsibility. But within a couple of visits, the pair couldn’t keep their hands off each other,” Hearson revealed.

ALSO READ: Sex During Lockdown Between People Who Don’t Live Together Made Illegal In UK. Excuse Me, Indian Parents Always Considered It A Crime