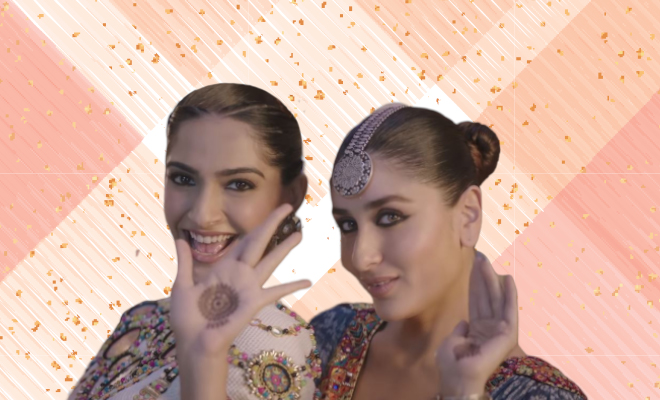 There’s just something about the transition into a new year, and this time we are also moving to another decade. It makes you feel like you’re handed a clean slate and you can start afresh. When we move from one relationship to another, and the most healthy thing to do is to leave the emotional baggage behind. Similarly, we must leave the baggage consisting of all the crappy, discriminatory and orthodox things we have heard in this decade behind. We are millennials and we have grown up listening to such backward concepts and we are tired of it all. Here are 15 discriminatory things we are done with and that shouldn’t make it to the next decade.

1) When will you get married?

Why is my marriage your business? I refuse to get pressurised by these so-called “well-wishers” to marry at a certain age, or at all.

2) You must have children before this age

Unless you are going to incubate my child in your womb and then come and baby sit it, your opinions don’t count. Women are not reproduction machines. Get over it.

3) You need to lose/gain weight

You need to gain some perspective and stop putting your nose in my business. How about we work on that instead? Nobody has the right to body-shame you and only you have the right to decide what you want to do with your body.

4) Your bra strap is showing

Thanks, I hope you like it. It’s an established fact that women wear bras. So what are we trying to hide here?

5) Why are you never single?

I think Shah Rukh Khan explained it in the best possible way in Dear Zindagi. He says when we are buying a chair, we do so after trying out several until we find that one which feels the most comfy. He goes on to pose a question; he asks about why we put so much effort in finding the right chair, but are simply okay to settle for the first guy that comes along?

Women like sex too, maybe more than men. So can we stop curbing female sexuality and indulging in character assassination of women who aren’t trying to be coy about it? It’s not just men but a lot of women call other women sluts and that has to stop.

8) If you apply this, you can become fairer

I wish there was a remedy to fix dying brain cells because a lot of people in our society could use that. Remedies to get lighter skin? Why? Dusky is beautiful! We need to do away with these disgusting beauty stereotypes, like RN!

9) A woman must know how to cook

No. People in general must know how to cook. It’s a basic survival skill and not a responsibility specifically meant for women. This should have already died down ages ago but can we please not take it to the next decade?

Biologically, yes. But using this as a justification of their pathetic behaviour is really not cool. He can’t keep it in his pants? He can’t lift one finger to do any household work? Men will be men, they say. Nope.

Just a year before this decade ends, same-sex relationships got legalised in India and that’s a major milestone we crossed enroute to true liberalisation. But there’s a huge disparity between the law and our society’s mindset. And that needs to change.

They will try to make you believe all sorts of crap: she shouldn’t have gone out at night, she should have covered herself, she shouldn’t have been drinking, etc. Teach your sons to respect women and don’t restrict your daughters. Victim-blaming is the most pathetic response to gender-based crimes.

13) Women must not swear

Men don’t have a monopoly over swearing. That’s fucked up. Oh, did I just…swear? That’s right. Get over it.

People who say things like women should have long hair and dress in pretty pink clothes need to understand that this is not  the 50s. And that we have run out of fucks long ago about your opinion on my clothing.

When a guy shows assertive behaviour, they say he has good leadership skills. When a woman shows it, they call her overpowering and unlikeable. Intimidating. Or a bitch. Double-standards? Women are not meant to be timid beings. We are fierce and fierce we shall be.

ALSO READ: Finland Has A 34-Year-Old, Female PM In Sanna Marin. It’s Making Us Want To Move There!