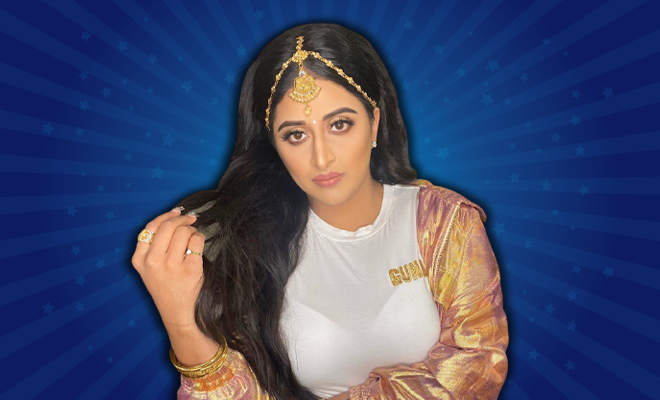 On Wednesday night, I promptly finished work in time to watch the Biden-Harris Inauguration, where Joe Biden would be sworn in as the 46th President of the United States of America, with California Senator Kamala Devi Harris being sworn in as the 49th Vice President. While Biden ascending to Presidentship in these tumultuous times in America is a crucial herald for change, it was Harris who was making history. She became the first woman and the first African-American and Asian American to hold such high office. The inauguration and the celebrations after were dotted with plenty of things that screamed inclusivity and unity. One such thing was a performance by American Indian rapper Raja Kumari!

A post shared by The New York Times (@nytimes)

Svetha Yallapragada Rao, who we know as Raja Kumari, is from Claremont, California, the state that VP Kamala Harris has been the senator of before assuming her new role. Add to that her South Indian heritage (Andhra Pradesh), just like Harris, and her badass, Grammy-award winning talent that have made her an inspiration to millions of women, and she is indeed the perfect artist to represent Indian Americans at this event!

Also Read: Why Kamala Harris Being The First Black Woman And Indian-American Vice President Of The United States Is A Pretty Epic Deal

A part of the Inauguration festivities is the Asian American Presidential Inaugural Ball (AAPI), meant to celebrate the contribution of the Asian community to America and the diversity of the nation. This year, the AAPI was held as a virtual event a day prior to the Inauguration. And it is here that Raja Kumari performed! She had proudly tweeted about this too.

She posted a video of her performance on Instagram! Check it out!

Several other Asian American personalities, like actor John Cho and Harris’ niece Meena Harris, were part of the AAPI Ball which was opened by actor-comedian Kumail Nanjiani. VP Kamala Harris paid tribute to her Asian heritage and spoke about her mother. “My mother Shyamala Gopalan arrived in the United States from India. She raised my sister Maya and me to know that though we may be the first, we should not be the last. And I have carried that lesson with me throughout my career.”

It is indeed something she followed, choosing Supreme Court Justice Sonia Sotomayor, the first Latina to serve on the United States Supreme Court.

For those unaware, the Presidential Inauguration ceremonies doesn’t just include oath-taking and the inaugural speech by the POTUS, but also cultural performances by artists like singers, dancers, musicians, poets and so on. Due to the double threat of the pandemic and the tension in the aftermath of the riots, a major chunk of the ceremonies were held virtually.

So while Lady Gaga sang the American national anthem ’The Star-Spangled Banner’, Jennifer Lopez performed a medley of ‘This Land Is Your Land’ and ‘America Beautiful’, country singer Garth Brooks sang ‘Amazing Grace’ and America’s youngest poet laureate Amanda Gorman read her poem ‘The Hill We Climb’, there were other artists who were part of a TV special called ‘Celebrating America’. The programme, hosted by Tom Hanks, featured artists like Bruce Springsteen, John Legend, Demi Lovato, Foo Fighters, Justin Timberlake, Jon Bon Jovi and many others.

The inauguration was all about sending a message, which means everything from the the colours of the outfits worn by Kamala Harris and Jennifer Lopez, to the bibles that the POTUS and the VP used for their swearing in, to the poem recited by Amanda Gorman to having Lopez perform that particular song… everything held special meaning.

Despite not being an American national, it was difficult not to get emotional and swell with brown girl pride watching Kamala Harris take the oath and be repeatedly addressed as ‘Madam Vice President’! Even President Joe Biden’s speech induced this sense of longing, because a lot of the divide and manipulation of facts that he spoke about in his speech alluding to America’s situation right now could’ve easily been applied to India as well. While America now looks at a promising new leader, a female women of colour at the head of its Senate and incredible never-seen-before representation of gender, race and ethnicity in its government bodies, an Indian girl can only dream this comes to pass jn her own land too.