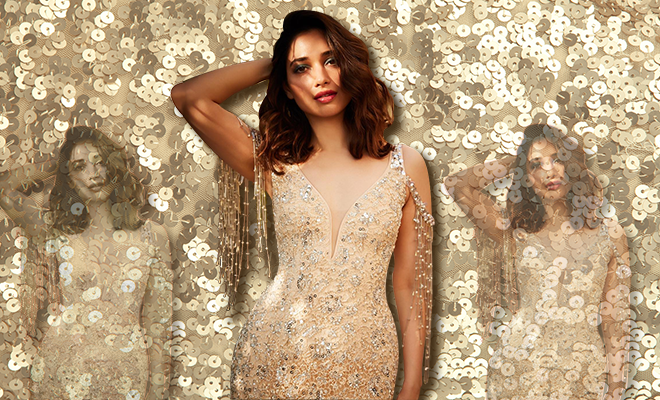 Tamannaah Bhatia is the latest cover star of men’s lifestyle magazine FHM and we are going gaga over it! The actress is in a bunch of cute candy colours, pretty prints and adorable dresses. A new look from the usually dressed up star, the actress seems to have let loose at this one and the results are fab. The best part? She shared some juicy deets about her personal life and we are living for it!

ALSO READ: Tamannaah Bhatia Spilled The Beans On The Cost Of Her Most Expensive Makeup Item And It’ll Make Your Jaw Drop

In what can only be termed as the cutest monsoon outfit, Tamannaah is on the cover in an adorable bralette from Clovia, checkered shorts and rain jacket. This shall liven up the gloomy days!

Tamannaah is all set for her next Bollywood outing with Nawazuddin Siddique in Bole Chudiya. Talking about the expanding cinema scope, she said, “We belong to an era where the audience is not obsessed with language in which the film has been shot, but the content it delivers,”. We so agree!

On Acting Coming To Her Naturally

Tamannaah is an uber talented artist. Having worked in the movie industry for many years, the actress revealed, “Acting is something which is etched firmly in me,”. She also revealed, “I enjoy doing action films. I love various movements and expressions and it is always a treat to do films in this genre,”.

On Her Ideal Man

The actress got candid about her personal life in the feature and we are grateful for that. She revealed, “I would like a man who is really sure of himself. He must be positive and does not need a push from others to make him feel good about his surroundings,”. Also, how cute is this parallel printed dress?

Tamannaah places the biggest credit of her career in her parents. She revealed, “My parents are the foundation of my career. My mom played a major role in shaping me”. We didn’t need any more proof, but sleek snake prints are in and she absolutely kills it!

On Her Diet And Health

Part of the reason why Tamannaah pulls off any outfit with such ease is because she is in great shape. She confessed, “What you eat is what you become, it defines the pattern of how you feel. So, basically, it’s the food you eat which holds the prime importance,” she believes and we couldn’t agree more!

On Her Favorite Handbag

Tamannaah gives great interviews! She is not shy about revealing her style and beauty secrets and we love her for that. In the feature, she said, “I find a hard time keeping my handbag in shape. I have a huge tote bag, which carries half the world within itself.” Now that’s charming!

On the work front, Tamannaah spoke about her upcoming project, “I just finished shooting for Sye Raa Narasimha Reddy, which will be a pan India film. It is a historical war drama film with a very interesting script. Another film which I am doing is an action film being shot in Tamil. It is my favourite genre and I’m very excited about this project”, she said.