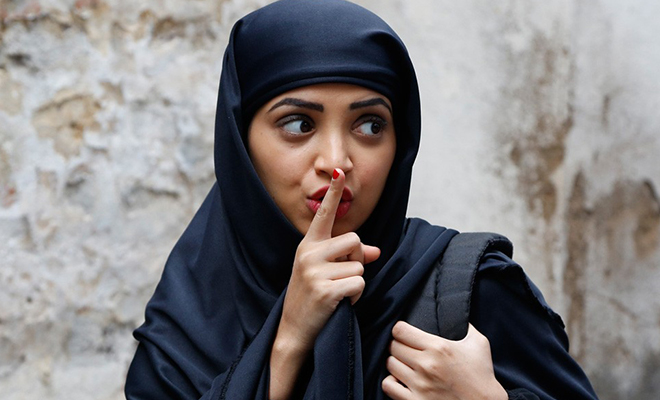 ‘Lipstick Under My Burkha’ Finally Gets A Release Date In India

Not too long ago, just about everyone was talking about a movie that was deemed ‘too progressive’ for the Indian audience. Lipstick Under My Burkha was the hot dinner table topic and fuelled plenty of debates.

The film, full of female fantasies, abusive language, sex scenes, pornography, and much more, was obviously given a big NO from the CBFC. After all, a movie on strong and bold female characters is not acceptable in our country, right?

Produced by Prakash Jha and directed by Alankrita Shrivastava, the movie is finally going to hit the Indian theatres on July 28. When the CBFC refused to give the certificate to the movie, Prakash filed an appeal with Film Certification Appellate Tribunal (FCAT), who gave the film a go ahead, with some cuts and, of course, an A certificate.

The movie was again put on hold, as no distributors were willing to touch it. That’s when Jha got Ekta Kapoor on board, who immediately agreed to distribute it, and FINALLY give us the movie. Yes, no need to illegally download it now!

The film has a fantastic cast with Konkana Sen Sharma, Ratna Pathak Shah, Aahana Kumar, and Plabita Borthakur in the leads. Termed as the Indian version of the Sex And The City, the plot revolves around a Burkha clad college girl, a beautician, a mother of 3, and an ageing widow — the story of their sexual and personal rights in society.

It is going to be one movie that everyone needs to watch, no matter what their gender. It is high time we, as Indians, accept that women also have sexual fantasies and desires, and that there should be no shame in it. Aren’t we all but human?

Mark the date and go watch it with your girlfriends. Till then, get a glimpse of the storm that is about to come in the trailer below.