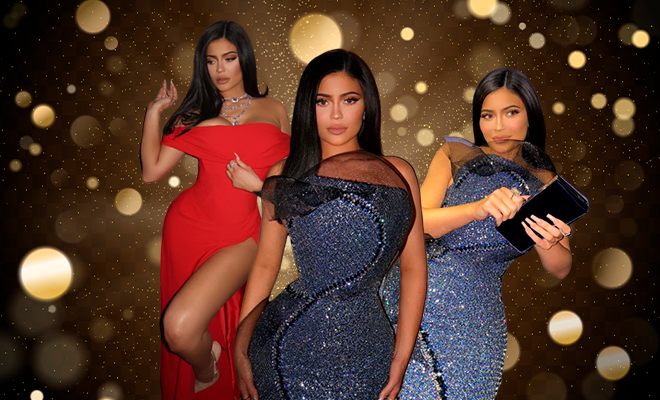 I woke up this Monday morning with my Instagram feed flooded with red carpet looks from Hollywood’s finest at the 92nd Academy Awards 2020. After a quick scroll through the posts from the celebrities themselves, breakdown from fashion magazines and close up shots posted by their glam teams, I decided to deeper into what went into creating these stunning ensembles. And the only way I know where to find some dirt is in the styling teams’ pages; they are the backrooms of mainstages where all the mayhem and drama happens before the star saunters down the carpet posing for shutterbugs with a shockingly calm demeanor. Their BTS shots show starlets crouching in the corner of long limos to avoid wrinkling their train or have an army of styling assistants holding up their gowns in order to save them from touching the floor. I mean, the image of Shaleena Nathani running around to fix every flare and fold of Deepika Padukone’s’ Cannes gown has forever been embedded into my memory!

There’s a lot that these fashionistas have to endure in order to keep their red carpet dresses looking like they have ever been touched by another human being before this. For instance, Jennifer Aniston kept up with her streak of being our newest Instagram queen when she shared her ‘reclining sitting in the car’ post before the SAG awards. Mostly, actresses avoid sitting comfortably in order to save the dress from ruching, the others flat out cannot plop their butts because of the make of the dress. Case in point: Kylie Jenner at the Vanity Fair Oscars After-Party.

The youngest member of the Kardashian clan wore not one but two complicated gowns for the star-studded event. Both dresses have been fitted to the T on Jenner, with no room for even single extra beading dangling off the hem. The first was a navy-blue creation by Ralph & Russo featuring black crinoline frill appliqué and embellishments of crystals and sequins. She shared the look with all of her 162m followers, captioning the post with, “couldn’t really sit in this but it was worth it”. I mean, duh, would you look at the fit? The Oscars 2020 belonged to actresses opting for more silhouetted and tailored fits than big, pouffy gowns and Kylie sure followed suit with her own version of a bodacious stitch.

But for a family that thrives on excesses, one suffocating dress should not be enough. Oh no, Kylie brought with her a second chance to wear later in the night, this time a vision in crimson from Vivienne Westwood. The off-the-shoulder dress included a high leg slit and corseted waist fitted to perfection and she accessorised with layers of diamonds from Lorraine Schwartz. We wonder if she could indulge in any aerated drinks while wearing this number because it’ll sure make your burp like a blimp!

We were not surprised to see Jenner pull off two looks in one night. An element of her brand that has been both lusted by many and criticised by others is how *extra* she can be. Her stylist Dani Michelle once confessed, “I work around the clock,’ the stylist told Vogue UK. This was six months after she started working with Jenner, after she gave birth to Stormi. It’s a vicious cycle from 7 a.m. when the first emails come into 9 p.m. when we finish unpacking clothes and organizing the showroom—every day”.

Which is all very cool, the hustle but why is she being hailed a hero for stuffing herself into dresses that don’t even make room for breathing comfortably? With millions of young girls following Jenner, she should perhaps think about the message she’s sending out.

ALSO READ: Kim Kardashian Was Okay With Peeing Her Pants At The Met Gala. Okay, Let’s Not Go Crazy In The Name Of Fashion

This LGBTQ Group Recreated Deepika Padukone’s Red Carpet Looks At A Pride Parade. We Teared Up A Little!