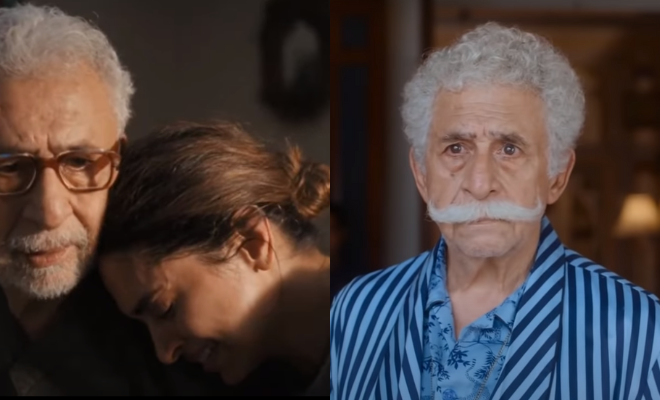 When Gehraiyaan came out, many people (including my colleagues and I) discussed how Naseeruddin Shah usually tends to do a lot of grey and flawed parental characters. And to be honest, he executes them perfectly. I feel like he understands the different aspects and sides of the character and is able to shine a light on them which gives the characters subtle nuances. So on his birthday, here are a few of his flawed and grey parental characters. 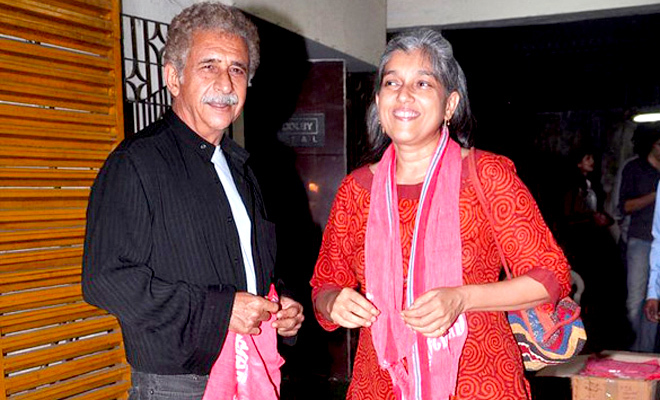 Here's Why Ratna Pathak Shah Is Scared Of Naseeruddin's Opinions

But she also values opinions!

Shakun Batra’s Gehraiyaan, starring Deepika Padukone, Siddhant Chaturvedi, Ananya Pandey, and Dhairya Karwa, garnered mixed reviews from reviewers and audiences, however, Naseeruddin Shah’s role and the portions featuring him received unequivocal praise. In the film, he portrays Deepika Padukone’s estranged father. Over something that transpired in their past, the two had a strained connection.

Perhaps the most popular estranged father character played by Naseeruddin Shah. In the film, he appears only briefly but leaves a lasting impact. Farhan Akhtar’s character has another motivation for taking a trip to Spain with his friend i.e to reconcile with his estranged father played by Naseeruddin Shah. The two, eventually, meet for a brief scene that changes Farhan’s character’s life forever.

In the film, Naseeruddin Shah portrayed Jai’s father, Amar Singh Rathore. The fact that he was shown dead in the film was what made his character humorous and enjoyable to the viewers. To add a humorous element to the plot, he would converse with his wife (Ratna Pathak Shah) as a painting that is hung on the wall. Throughout the movie, he can be seen encouraging his son to engage in more violent or “manly” behaviour, pushing him towards toxic masculinity.

Naseeruddin Shah plays a grandfather who is moral, a purist and an elitist regarding classical Indian music. A lot of the conflicts of the show happen because of his rigidity and orthodox nature.

Naseeruddin Shah plays an eccentric, former king with alienated daughters played by Lara Dutta, Soha Ali Khan, Kritika Kamra, and Anya Singh. While he meant no ill will, he ended up being the cause of his daughters having a problematic relationship amongst themselves and each other.

The preparations for an arranged marriage in India are complicated by a worried father, a bride-to-be with a secret, an infatuated event planner, and relatives from all over the world. Naseeruddin Shah plays the role of Lalit Verma, a typical Indian father who has a complicated (to say the least) relationship with his children.