‘Mika Di Vohti’ Song: Mika Singh Wants A Wife Who Will Cook, Massage His Legs And Wheedle Him. Sexism Tops The Charts Again! 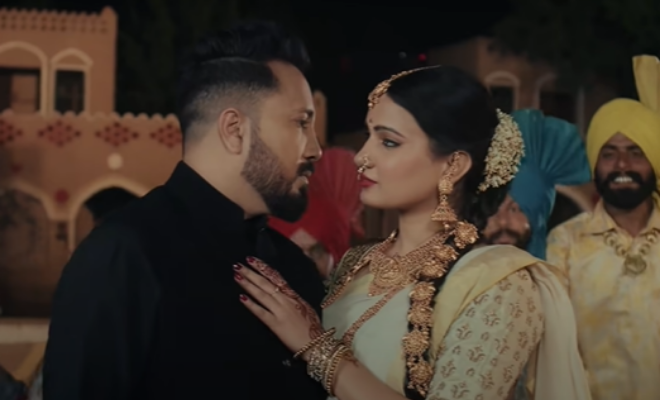 There was an era of swayamvar reality shows on Indian televisions which worked at that time because honestly, it was a brand new concept of a celebrity finding their life partner on live TV. The contestants of the shows were also non-celebrities which also added a touch of mystery to the show. Well, continuing the trend years later, is singer-composer Mika Singh. Yes, the Sawan Mei Lagg Gayi Aag singer is all set to find his bride through a swayamvar reality show called Swayamvar- Mika Di Vohti. A wedding song was also released recently called Mika Di Vohti

The song begins with Mika Singh’s family finally asking him to get married but he does not want to. But then he starts daydreaming about an announcement being made about his wedding where people are being invited. Then, Mika starts singing about how he is searching for a life partner and it does not matter to him if the girl is fair, wheatish, and of any size. Kaafi progressive, Mika paaji!

But then further, he goes on to say that she wants his to-be-wife to make him make di roti and sarson da sag for him. He also wants her to give him leg massages every day and also that she should come to coo him and make up after every time he gets sad or throws a tantrum. What is this, Mika paaji? I thought you must have changed with the times! *shaking my head*

Also read: From YouTuber Puneet Kaur To Mika Singh, Here’s What They Said About Raj Kundra, The App And His Arrest

The whole song feels like a weird mix of beats, lyrics and rap. It is not catchy neither it makes sense, to be honest. The sexist lyrics were also not lost on me that essentially mean that Mika wants a caretaker and not a wife, as every Indian man does. The video of the song gives a typical Punjabi vibe with dancers doing the bhangra and playing the dhol. But no, this is not the wedding song of 2022.

Suniel Shetty ‘Loves’ The Boy, But Has Left The Shaadi Decision To Daughter Athiya Shetty And KL Rahul