‘Jayeshbhai Jordaar’ Trailer: Ranveer Singh Goes On A Hilarious Journey To Save His Unborn Girl Child. The Social Message Is Kaafi Jordaar! 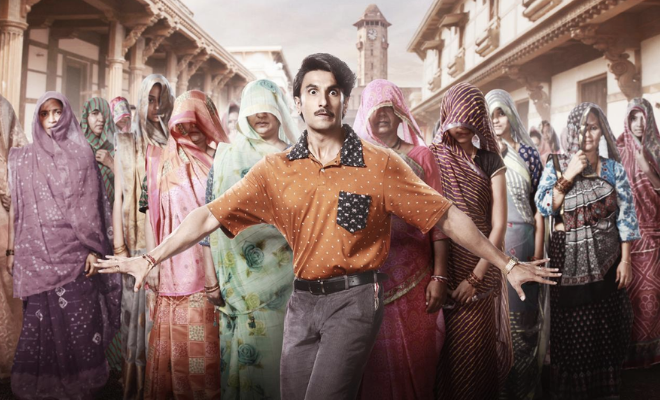 We’ve seen several Bollywood films addressing real issues and social evils but one that gives it a comic twist is rare to come by. But it looks like we’re in luck because our favourite Ranveer Singh is serving us an interesting social comedy on a platter. Written and directed by Divyang Thakkar and produced by Aditya Chopra and Maneesh Sharma under Yash Raj Films, Jayeshbhai Jordaar stars Ranveer Singh, Shalini Pandey, Boman Irani, Ratna Pathak Shah and Deeksha Joshi. And the trailer of this social comedy-drama film is here and to say that it looks interesting would be an understatement. FYI, the film will hit the big screens near us on May 13 after much delay.

Ranveer Singh plays the role of a Gujarati man from an orthodox family who does not believe in equal rights for males and females in society but Jayeshbhai feels differently. And that’s why he goes on a chaotic and rather dangerous journey to save his unborn girl child. Check out this hilarious trailer that will win your heart.

We just cannot help but want more of this film. Apart from pointing out social evils and sending a strong message, Jayeshbhai Jordaar also manages to make us laugh with his heroic but hilarious dialogues and moves. From taking a stand against female foeticide to stressing the fact that the gender of a baby is in the hands of a man and not a woman to threatening his own manhood to save his unborn girl child, Jayeshbhai seems kaafi jordaar feminist.

For the unversed, Jayeshbhai Jordaar was announced in May 2019 and it went on floors in December the same year and was wrapped up in February 2020. It was earlier slated for a theatrical release in October 2020 but was pushed to August 2021 due to the Covid-19 pandemic induced lockdown in the country. It was postponed again owning to the lockdown as the makers did not want the film to have an OTT release and opted to wait for the pandemic situation to normalise.

Well, this does look like one of the best releases of the year. We can’t wait to watch this social comedy-drama. All hail Ranveer Singh for acing the Gujarati accent and look along with women empowerment!