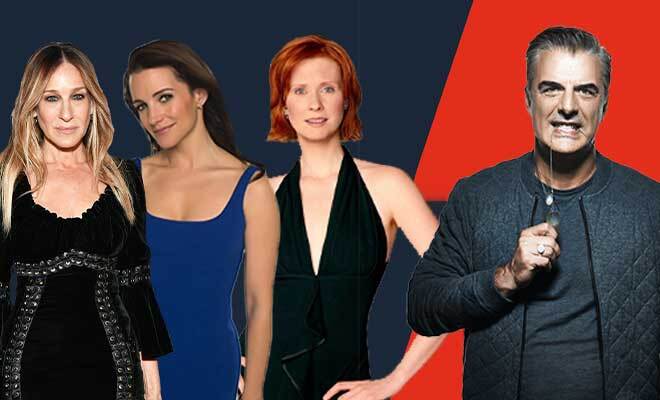 Just last week, Sex And The City Actor Chris Noth was accused of sexual assault by two women in two separate cases, followed by a third one. There have also been murmurs that while it might come as a shock to some people, those in the know were allegedly aware of his ways, and incidents of his misbehaviour have been tweeted, posted on Instagram as well.  Now, in response to those allegations, Chris Noth’s And Just Like That female co-stars have issued a joint statement. Taking to Instagram stories, Sarah Jessica Parker, Cynthia Nixon and Kristin Davis shared a joint statement responding to the sexual assault allegations against the Mr. Big actor. 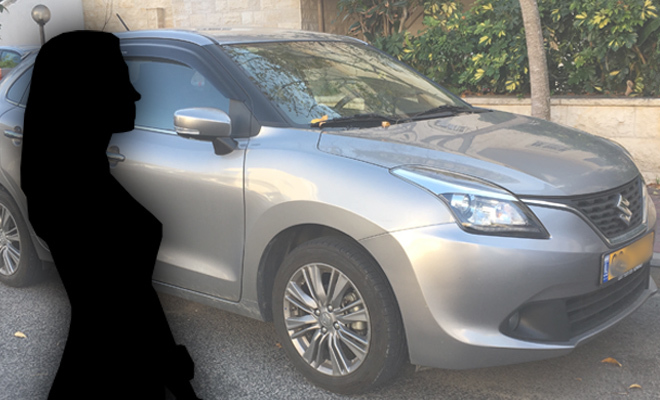 Sharing that they feel ‘deeply saddened’ to hear about the allegations against their co-star Chris Noth, the actresses said that they ‘support’ the women who have come forward. In the message shared by Sarah Jessica Parker, Cynthia Nixon and Kristin Davis, the actresses shared that they ‘commend’ the women for coming forward with their ‘painful experiences’ while adding that it couldn’t have been easy to do it. And we’re honestly glad to see Chris Noth’s female co-stars showing solidarity and support for the alleged survivors of the abuse. However, we do wish this had come sooner, because it isn’t the first time that allegations have been levelled against Noth. 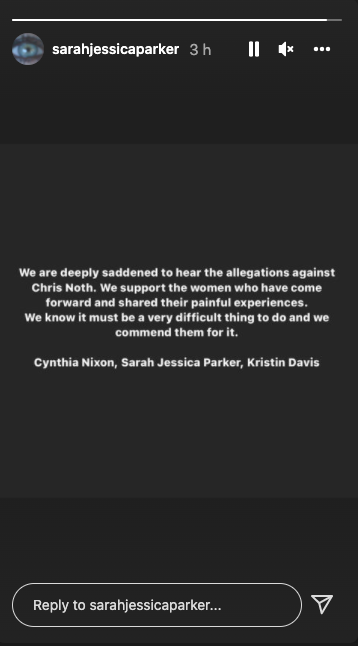 Earlier on Thursday, The Hollywood Reporter had shared a detailed report on the sexual assault allegation made against the SATC actor by the two women. According to the investigative report, one of the alleged incidents of sexual assault took place in Los Angeles in 2004 and the other took place in New York in 2015. A detailed account of the incidents shared by the victims has been reported by the international media outlet while keeping their identities under wraps to maintain privacy. The publication has used pseudonyms to share their stories while revealing that both women reached out to the media outlet separately after they felt triggered by watching Chris Noth reprise his role of Mr Big for And Just Like That. Well, we’re not really surprised since this is not the first time that the Sex And The City actor has been accused of assault.

Following the allegation, Chris Noth was dropped by his artist management agency, A3 Artists Agency. The actor was also dropped from his role on CBS’ The Equalizer.

We don’t know if those allegations hold true or not but what we do know is that multiple women cannot be repeating the same lie again and again. Moreover, it is essential to note the similarities in all the cases and the repetitive behaviour. 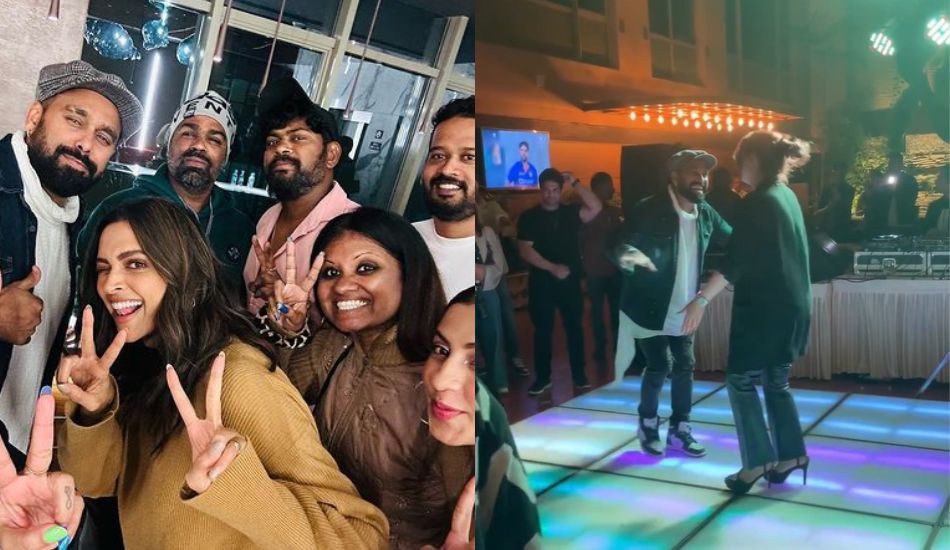