‘Bigg Boss 16’ Is Home To Men Accused Of Sexual Harassment, Stalking And Domestic Violence. One More Reason To Not Watch It! 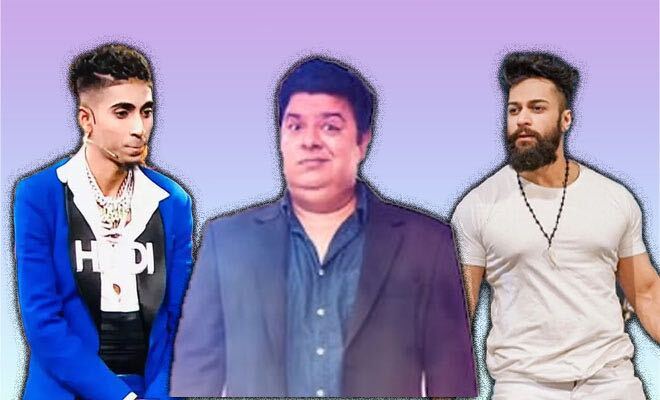 Everyone’s favourite, for some reason, Bigg Boss is back again with its 16th season. I honestly, am not a Bigg Boss fan and this season has given me some more reasons for not really wanting to watch this show. In the new season, the show has some very problematic contestants which make me question- Why have they been given this opportunity? We are clearly aware of the accusations against Sajid Khan, and the fact that he is in the BB house this year, is already unacceptable but we have other contestants too who have had some serial allegations on them. Along with Sajid Khan, Shalin Bhanot, and MC Stan are the other problematic personalities in the house, and the accusations against them are a reason why this is not an ethically right decision taken by the makers.

He needs no introduction whatsoever. Sajid Khan, the director who was accused of sexual harassment by 9 women has returned to television with the latest season of Bigg Boss. Let’s directly come to the point here, a man who has been literally called out by so many women for sexually abusing them was allowed to be on the same with other female celebrities. Why? Many actors and models, like Dimple Paul, Sherlyn Chopra, and others came out to share their experiences with the world on how Sajid Khan had misbehaved with them under the pretext of casting them for films. Is it safe to have him on the show after such serious allegations? Why are we allowing men like Sajid Khan an opportunity to come into the limelight? And this clearly comes across as a decision to gain some negative publicity for the show, which is really sad. The victims of sexual abuse case went through a traumatising experience and it was courageous of them to come out, now, to see Sajid Khan make monetary gains out of this show is clearly an injustice to those women and their courage. Well, Colours was not thinking straight here!

Shalin Bhanot, the actor who has been seen on several daily soaps on television, was allegedly accused of domestic abuse by his ex-wife Daljiet Kaur. She stated this as a reason for their split in 2015. Shalin’s ex-wife has accused him of being violent towards her and also physically hurting her on several occasions, as per a report. Now, on a show which sees so many heated fights between the contestants, how will the makers justify the presence of a man who has been accused of being violent towards his wife?

MC Stan, a rapper by profession is also a contestant on Bigg Boss 16. The rapper has has multiple allegations against him by his ex-girlfriend Auzma Shaikh. His girlfriend has bashed him for being verbally and physically abusive towards her, as per reports. Why is a national channel like Colours normalising the presence of such personalities?

Also Read: ‘Bigg Boss 16’: Why Do None Of The Female Contestants Have A Problem With A #MeToo Accused, Sajid Khan, In The House?

I still want to know the reason for bringing these problematic men to show.

‘Bigg Boss 16’: Why Do None Of The Female Contestants Have A Problem With A #MeToo Accused, Sajid Khan, In The House?