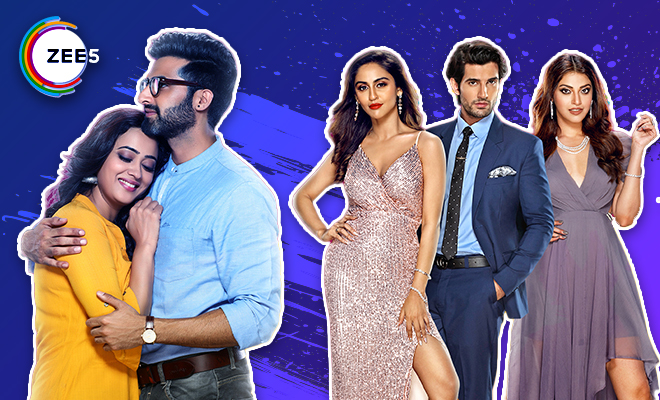 If You Love Strong Women, You Should Watch These Shows On ZEE5.

We are many, many weeks into quarantine and at this point, almost all of us have consumed all the content available on various OTT platforms. We’ve watched the shows everyone is talking about. We’ve watched the shows people have recommended and we’ve even watched enough re-runs of our favourite shows to know which character will say what next. Admittedly, we need something fresh and new.

In a bid to garner more eyeballs and perhaps to make it more universal, a lot of the shows are bloody and gory and full of masculine energy. For someone like me, who likes to put her feet up on a Saturday night and indulge in some interesting watches with women in them – women that are not simpering damsels in distress – there’s barely anything to watch. Which is where ZEE5 comes in.

This is a platform that’s serving up content that’s different, interesting and the kind that you might want to catch up on with a glass of wine in hand. The women in these shows are anything but weak and I for one, really enjoyed the shows. Here’s why you should be tuning in if you like strong women.

Across the various shows that run on ZEE5, none of the women need men to survive. The men and women are equal and it’s nice to watch and quite entertaining too. Shweta Tiwari as Shiva, a woman who gives love a second chance in Hum, Tum & Them, is a fascinating character who while hesitant isn’t unwilling to give love a second chance. The best bit? She has a daughter, one that she fawns over and will still go after love. Yay.

They’re Not All Perfect

One of the things that puts me off the most is to watch the unrealistic portrayal of women in shows. Women with no flaws, who always take the right decisions, who look good at any hour – it’s unrealistic. Tarini, the lead character in the show Fittrat is different. She knows what she wants and she’s out there to get it. Yes, she wants money and she’s willing to put in the hard work to get it. And that’s why a character like that works for me as I can identify with her and so can the many young women out there who strive to make it big .We don’t want women to be flawless, we want them to be real.

But They Are Incredibly Realistic

Yes, we do want to watch glamorous women – heck, I would love to steal a lipstick shade off them some day – but these characters on the shows on ZEE5 aren’t just that. These are women with problems we can relate to. They haven’t got it all together and that’s so much more relatable. Like yes Shiva is giving love another chance, but as her partner tells her, ‘log kya kahenge’ still plays on her mind. That’s all of us. And that element makes us love these characters even more.

While these women may have their vulnerable and emotional moments – moments when they collapse into a heap of sadness, these are also women who don’t go running at the first sign of a problem. No one has a life free of all problems and there are always going to be moments where difficult choices have to be made. Tarini in Fittrat reaches a point where she must choose between a friendship she has been nurturing since school and her self-respect, even if it means putting her friend’s fiancé behind the bars.

These women aren’t just handling one role, they are women like us – they have jobs, relationships, finances. They have a bunch of things to take care of and just like us, they are juggling all these aspects of their life. Both Fittrat and Hum, Tum & Them are shows operate in a world we could easily see ourselves in. And that says a lot.