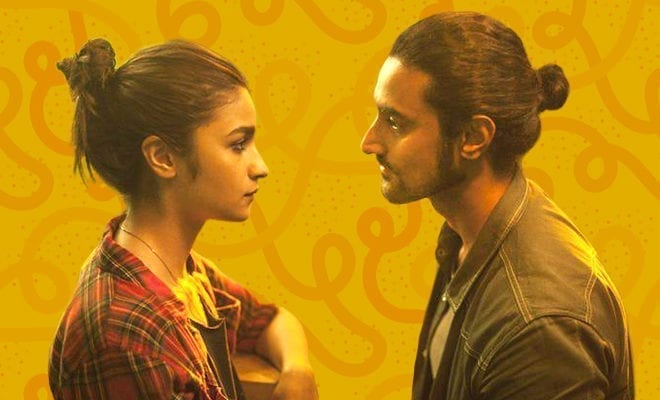 Have you ever been on a date with a guy who made your insights hurt, who made you question our very species and probably human interaction as well? Was there a guy you went on a date with that made you hope mother earth devours you that very moment? Being on a date with a man who irks you with his pathetic thoughts and/or behaviour is like having someone drain your positive energy. We don’t need that shit.

Such men make you feel turned off with the whole concept of dating. In fact, they make you doubt your own choices, as if some of your exes weren’t enough! But the thing is, there are good men out there too – who are perfectly normal, nice in fact and they don’t even try hard!

So when you end up on a date with a guy who doesn’t deserve your time, don’t let politeness come in the way of your peace of mind. Leave, if he makes you uncomfortable. In fact, that will help them understand that women will not entertain such behaviour.

A woman took to Reddit to ask other women if they ever walked out on a date and what made them, the answers were inspiring! I mean the dates were shitty but I am so glad the women walked out. Let’s do that!

“This was a blind date with some guy a friend arranged. We we’re like 15 minutes into our date when he said (in exactly this order) that he ‘likes to eat asses, lick feet and if this is going to be serious you really need to lose weight’. I wanted to leave the date as soon as he said that when he suddenly demanded that I drive him home because he didn’t have a car and used the train to get there. I told him that my car wouldn’t be able to move with 2 fatties in it and drove home,” a woman wrote. I am so glad she did that. She didn’t need to lose weight, she needed to lose the date!

“We met at a park for our first date and he was definitely giving off weird vibes. Within a half hour, he asked if I’d give him a blow job. Right there in the middle of the park. I said no, there’s people around and I just met you. His next idea was to go in the men’s bathroom and asked if I’d do it there. I said sure you go in and I’ll follow a couple minutes later so it doesn’t look suspicious. Once he walked in the bathroom, I quickly found my car and left his horny a**,” a woman revealed. What a pervert!

“This was a long time ago before I began dating my now husband. I was about a year into my recovery from alcoholism and went on a dinner date at a restaurant with a guy who I’d warned I was a recovering alcoholic and who had claimed to be supportive. When the waitress came he ordered a bottle of wine and a Manhattan. I ordered a tonic with a lime wedge. He told the waitress not to bring my drink because he ordered the wine for both of us. I told her “I don’t drink, please bring what I ordered.” He sat back and expelled air through his nose. I was turned off but figured maybe he forgot, so I politely reminded him. When the drinks came, he poured a splash of his Manhattan into my alcohol-free drink with a smirk and told me to “lighten up.” I put $10 on the table, grabbed my coat and purse, and left while he begged me “don’t do this to me…it was a joke.” He called me and left phone messages for a couple months, oscillating between groveling and angrily admonishing me for embarrassing him and/or breaking his heart,” another woman described her terrible date. Honestly, this guy is just pathetic for not respecting her boundaries and trying to sabotage her sobriety.

“He at age 20, brought his mother along,” a woman wrote. And all the women in the thread demanded to know the entire story so she revealed the details of this baffling encounter. “I turn up 7 minutes late I see him at the bar chatting to a women in her 40s-50s I though he was just making conversation with the people around him til I got there whatever right? Wrong it was his mother I got over to the bar he introduced us and this women proceeded to berate me for my lateness. I was like okay cool can’t choose family. At this point I just assumed his mother dropped him off and was waiting in case I didn’t show up when I said I was running late, that we were gonna finish the drinks and and she would head off,” she wrote.

She added, “We start walking to the table which is in the same direction as the door so I still wasn’t thinking she was joining us for the meal (cause who does that?!) We get to the table I see 3 plates 3 glasses 3 forks 3 knifes What. The. Fuck. Mama SAT DOWN AT THE TABLE. I simply said fuck no and left. Him and his mother started relentlessly messaging me on Facebook after that.” This sounds like a crazy family with no understanding of boundaries. What even?

“I was chatting away and he interrupted me twice to point out I had said words ending in ” ing” and had not fully pronounced the “hard g” and said ” it makes you look uneducated”. I just stared at him and he asked where I had grown up and where I had gone to school and I said ” Harlem and …” I was about to state my other school in East Manhattan and he dismissed me, saying ” enough said”. Then he goes ” But you’re white, correct? I looked at all of the food and chugged my wine, poured another glass of it and chugged that and slightly belched and said ” enjoy the food fattie” I’m embarrssed I called him fat but he was so fuck it,” a woman wrote. Oh, no, honey, he deserved it!

“Guy told me “bubbly women aren’t smart” also at one point we were talking about schools and he made the comment that “they ( colleges/ universities) shouldn’t accept women, women don’t need education”. I already had my MBA and owned my own businesses. His final comment that “You shouldn’t eat that much, ( 1. I’m a vegetarian and definitely not fat, 2. fuck that AHole) it doesn’t look good” is when I threw in the towel and payed my bill,” another woman wrote. For once and for all, do not tell a woman what and how much she should eat!

“Made comments about how if he couldn’t find a girl to realise what a good guy he was and marry him, there’s just no point in living in a city with women with such low IQ,” a woman shared. Typical case of sour grapes!

“He texted me from the bathroom “sorry babe, I’m still stuck at work but I’ll be home ASAP”… obviously for his girlfriend. I was gone before he got back to the table,” a woman shared. Uh-oh, he should have had fewer drinks!

“Smdh Dude I have been there except he asked me to sum up all my details in a quick spew, I did and then said alright now you go! He dead ass said, “well there’s not much to tell ya kno?” When I tried asking individual questions he just tried to change the subject… after the 4th question I picked up my Starbucks and started walking away. He asked where was I going, and I just replied “there’s not too much to tell ya kno” and left,” another woman revealed. I like the savagery. This is how you walk out, girl!

This woman’s cat was smarter than the crack! “He asked to use my bathroom. I was sitting on my futon waiting for him, when he came out and plopped right down next to me. My normally sweet, friendly cat suddenly growled and hissed at him defensively. It was so strange and out of character for the cat that I started paying closer attention to my surroundings. My date definitely seemed weird now. I had just one room and a bathroom so I went in the bathroom to think of how to get him out of there —my bathroom smelled like burnt plastic. My cat was going ape shit so I used that excuse to ask him to leave, which he did. Later I found out that smell was crack. We didn’t go out again,” she wrote. The pets know!

Here comes a mansplainer! “I was on a Tinder date with a musician. The first question he asked me was my thoughts on free will. I thought it was weird but ok, let’s see where this goes. An hour in, that’s all we had been talking about. He was constantly interrupting me and trying to point out the “flaws” on my thought process. Then we got to talking about the brain and he told me I didn’t know anything about it. I have a PhD in Neuroscience. I just asked for my bill and left,” a woman wrote.

ALSO READ: 5 Reasons Why Rebound Dates Can Be A Really Good Idea To Recover From A Breakup

“It was a first online date, and he was checking out other women in the restaurant. I ordered 2 tequila shots, paid the waiter immediately and got up and left without looking at the menu. The look on his face to this day was priceless,” a woman wrote. Now, I wanna go on dates just for this!

“A pokemon. No, seriously. The dude and I obviously weren’t clicking and there was a special holiday event going on in pokemon go. I was bored scrolling my phone while my date was endlessly talking and I saw the rare pokemon spawn a block away. I immediately tossed some money on the table for my half and ran out the door to go catch that pokemon,” a lady wrote. She was clearly bored AF. When you prefer a pokemon over a guy, you know he has really fucked up!

ALSO READ: People Share The Dumbest Ways They Got Ditched By Their Dates. It’s Clearly An Extreme Sport