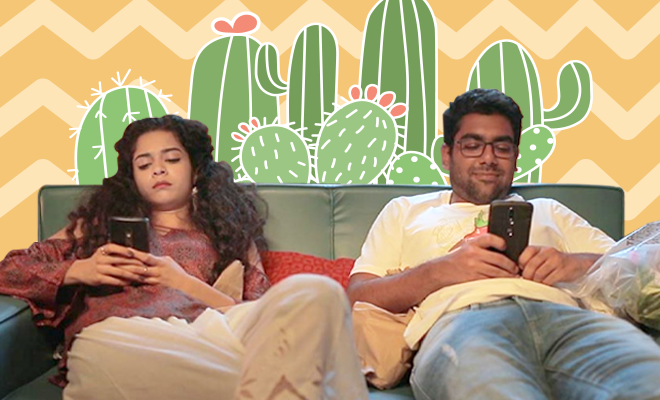 Why Are Modern Marriages So Tough? We May Be Expecting Too Much From Our Spouses.

I am in that age group where people around me are getting married left, right, and center. Just anywhere I look, there is a couple joining the bandwagon of matrimony. And here I am, trying to find the sunglasses potent enough to not let the shiny cover of marriages blind me. It’s not like I don’t want to get married or I don’t have faith in the institution. But like most people my age, I like to blame everything on the time I was born. I am a millennial and we are a thriving but fucked up lot.

Why am I so scared of getting married? There are so many what-ifs in my head. When I hear stories of someone just choosing their partner on the basis of how nice they are, I really wonder how it is so easy for them. There are so many nice men and women in this world. But does that mean I will get along well with all of them? We think a lot. Even relationships aren’t easy anymore and I am not even talking about sustaining them. Just getting into one is difficult when everyone around you doesn’t believe in commitment. It’s probably because we are expecting so much from our forever relationship and I don’t know whether it is good or bad.

Recently, I stumbled upon this Tech Insider video which has a relationship expert and professor at Northwestern University, Eli J Finkel speaking of the evolution of our expectations from marriages over the past decades. This video has him talking about the three eras of marriages so far which he has also spoken about in his book The All-or-Nothing Marriage: How the Best Marriages Work.

Finkel explains that today while some marriages have been doing way better, the average ones are getting worse. “We have arrived at a moment in history where the best marriages are better than the best marriages of earlier eras, while at the same time, the average marriages are getting a little bit worse,” Finkel said. He goes on to explain how marriages used to be. “Historians divide marriage in America into three different eras. There’s sort of, from the Colonial Era until about 1850, when we industrialized, the second era is from about 1850 to 1965 or so, and then we are currently in this third era,” Finkel explained.

He said that marriage in the initial days was a tool of survival. It wasn’t so much about love as it was about companionship. “And the first era was really about helping people achieve their basic, physiological, survival sorts of needs, things like food production, clothing, shelter. People preferred to love their spouse, of course, but it wasn’t the reason that you married and certainly, if you didn’t love your spouse, that wasn’t a reason to get divorced. The institution was too sacred, was too important. And so spouses were workmates, rather than soul mates,” Finkel revealed.

The second era he says was when people started marrying for love. This time, people didn’t find security enough reason to marry. “And then if you fast-forward, in the second era, people increasingly want to marry for personal fulfillment and in particular, they want to marry for love. And for the first time ever, people start to say things like, “I’m not going to marry that person because I don’t love him or her.” That was a new idea,” Finkel said.

Here we are now, in the third era, when even love isn’t enough. We want so much more from our partners – companionship, love, security, physical intimacy, connection, spark, personal growth, etc. “And then as we fast-forward to this third era from 1965 to the present, we see that, these days, we are looking not only for love, and connection through the marriage, and sexual fulfillment, of course. But also for these more tricky, complicated sorts of need fulfillment. Needs like self-actualization, personal growth, and a sense of vitality,” Finkel pointed out.

It’s not that simple for anyone anymore to find a person you’d want to spend your life with. Of course, this applies only to the privileged ones in India who have the option to choose a partner and not just make do with the one they are given.

For better or for worse… a relationship psychologist explains why marriage is so hard right now pic.twitter.com/a4pe7VVhzs

Finkel explained, “And so these days, for the first time, if you can find yourself in a situation where you’d say, “Look, he’s a loving man and a good father but I’m not going to live the next 30 years feeling stagnant, feeling like I can’t really grow.” Our expectations for what we want the marriage to provide us have gotten higher in a lot of ways, more sophisticated in a number of other ways, more emotional, more psychological, and because of this additional complexity, more of our marriages are falling short, leaving us disappointed.”

Nobody will ever be enough because we want too much from that one relationship in our life. Marriage isn’t an absolute necessity anymore. It isn’t something we need for survival. We want it for personal fulfillment and that isn’t easy if we expect it from another person and not ourselves.

I am not saying the solution is to adhere to the stereotypical arrange marriage setup. No, we don’t have to stop progressing and return to the days when our parents would simply pick us a spouse based on their socioeconomic standing. Perhaps it would be better to be more aware of our own expectations and the weight it can add to our relationships. It’s not entirely negative. Wanting more will catalyse growth but too much of anything is bad.

ALSO READ:Reasons Why Long-Term Couples Are Having Less Sex, According To A Study

We must take primary responsibility for our own personal fulfilment. Your partner isn’t your clone – they will not want to do everything you want. Expand your sources of fulfilment. I have a friend who I go to horror movies with. Another friend and I would dress up and let our hair down. And there is another friend that does café exploring with me. Don’t pressurize one relationship with all the expectations.

I probably need to think about what I absolutely need from my partner and what things I want but can be okay without. Take the pressure off and let love do its magic. We want to be loved with our flaws, so we must do the same!

ALSO READ:Over Idealising Your Partner In The Early Stages Can Harm Your Relationship. Here’s How