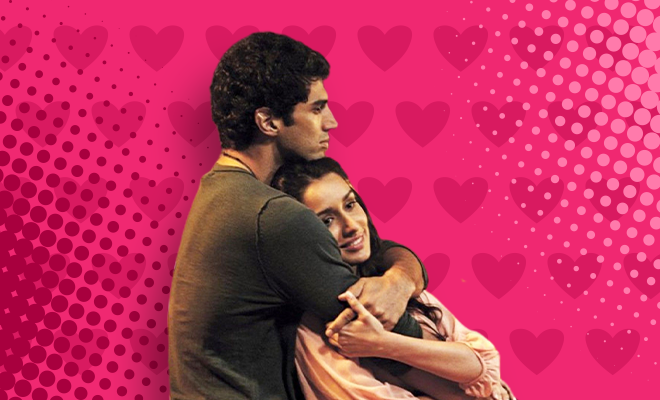 There was a guy I had matched with who was quite quick to call me the night of the very day we started talking. He tried squeezing his way through my schedule and grabbed every opportunity to forge a “connection”. Obviously, I felt he was amazing because he was going out of his way to make me happy. And yet he wasn’t able to. Because something wasn’t right. I would sit there with him, and a negative feeling would start feasting on my heart. What was it? I couldn’t point it out until I just decided I don’t want to consider a lonely guy who thinks he is madly in love with me within days of barely knowing me.

The thing is, I do despise the fact that there are so many men afraid to offer even the possibility of commitment. I resent it with all my heart and several of my 1 am rants with my bestie revolve around men being hurt over that one rejection they faced in 2003. But it doesn’t mean I am sitting here with open arms for all those who are just in love with the idea of having a partner. When loneliness strikes, don’t come running to me with your idea of romance and claiming to be in love just after two dates. Like, hello? You may delete the dating app but you are not my lover and I will hoe around if I must.

These men are so afraid that you will not settle for them and they will lose their idea of romance that they act so insecure. They want you to not be open to dating and you’re just like, “Dude, we met like 5 hours ago!”

Here are 7 signs that the guy who seems to be so much into you is just lonely.

A long term relationship based on genuine love doesn’t need to be brimming with excitement all day. You have to do mundane things too; they won’t get done on their own. But this guy needs to feel that adrenaline rush of new romance all day, every day. Honestly, it‘s exhausting and I’d rather be with someone who’d come with me to the supermarket to buy deodorant and groceries.

2. He is occupying too much of your time

I understand the honeymoon phase is when you want to see each other often, but he wants to milk every single free moment of your day. He wants to meet you daily or every other day. Even in the middle of work—despite telling him you’re busy—he makes time for a “quick call”.  Your social life is lost. You are lost. And you are zoning out because he even takes away from your sleep time. He just wants attention, all the fucking time. It could be you or someone else.

3. He keeps talking about your ‘connection’

He romanticises the fact that you’ve come so close within such a short span of time, or so he is delusional enough to believe. There you are, failing to understand how. Connection can’t be forced and talking about it repeatedly won’t make it real. He is so desperate for a connection that he imagines it with the first woman who walks his way.

Two dates… two teeny tiny uneventful dates later, you are telling me I should believe that I am your world? Interesting. He talks about how he loves you, and how you are perfect and so nice. He takes you to cloud nine with such praises and claims of love when he barely even knows you. Boy, I understand you’re lonely, but I am not a dumbfuck.

5. You feel surprised that he liked you too much too soon

You’re surprised. You’re genuinely shocked, surprised, dumbfounded. And he thinks it’s completely alright to come to your doorstep unannounced with a cup of coffee. It would have been sweet if you were my boyfriend or even like after we were almost getting there. If you do it just because you know where I live it’s not cute, it’s creepy.

6. When you don’t show equal involvement, he gets pissed off

Dafuq? I don’t love you. I have no interest in spending my life with you. And honestly, just because you took me on a nice date and sing my praises all day, I will not give you my kidney or my heart. Does he get mad that you are not acting like you are madly in love with him? Lonely boy has a bit of an entitlement issue, I’d say.

ALSO READ:5 Reasons He Is Hiding Your Relationship And None Of Them Are Acceptable In The Long Run

You can’t quite point out but it seems like he is chasing you and trying to do something for you all the time. But you weren’t asking to be impressed by a person who seems interested in becoming your personal assistant. You want a partner and the way things are moving so fast, I’d say he is pushing it. He is doing this because he knows subconsciously that he is just lonely and he is hoping all these good things cloud your vision. Avoid falling too quickly for someone, even if he seems perfect!

ALSO READ:5 Signs Casual Sex Isn’t For You Because You Catch All The Feelings