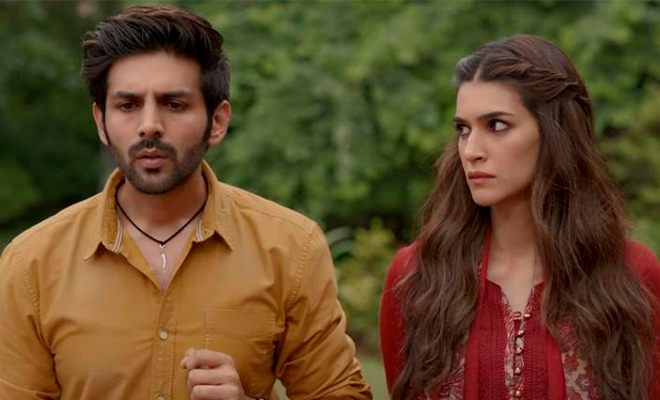 I would like to believe that I am very easy-going when it comes to the little things in a relationship. Like I don’t want to go for fancy dinners or hit the bars every weekend. I don’t want flowers, gifts and chocolates. Okay, I want chocolates, but I buy my own. In fact, I am the kind of a girlfriend who will understand when bae wants to spend a Friday night with his friends. I won’t throw a fuss, unless he is cancelling a pre-planned date night with me. In that case, he better be prepared for a full-blown fight, which will eventually happen after I am done giving the cold shoulder and ready for confrontation.

However, like most girls, I cannot be understanding if I feel uncared for or taken for granted. I like to be treated right and as long as you do that, we are good. If not, I will not pretend that everything is okay and I am not hurt. I think that’s the way to go. Transparency and communication make every relationship so much better. Of course, the intention is never to fight; who likes that? The goal is to sort things out and with our fragile egos, it turns into a fight. Having said that, I think fights are really good for a relationship, as long as you’re not hurling abuses and vases at each other. Here are reasons fights brings you closer as a couple.

1) You understand each other’s needs

I was dating a guy who was so narcissist that I felt after every fight we understood only his needs a lot better and he never even tried to understand mine. The fact that most of his needs required me to worship him unconditionally didn’t make anything better. But that’s why he’s an ex. When your fights are healthy and after the dust has settled, you’ll be able to see each other’s side with so much more clarity. We can communicate without fighting but when you’re hurting, it’s seldom possible. So if that’s the way to go, then so be it!

Unless it’s your favourite magazine we’re talking about, issues piling up will only make you an emotional time bomb. You won’t even realise when one tiny thing will tick you off and you will explode. In fact, even before that fateful event happens the frustration will be eating away at your happiness. Discussing it out in time will save your relationship from falling prey to unworthy issues.

3) You feel your relationship is stronger than your issues

After all those I-am-not-talking-to-yous, subtle shade-throwing and eventual confrontation, when things get ironed out, it feels so good. It strengthens your trust in him, because you know he gives enough fucks to sort things out with you. That shows how much you mean to him and he wants you in his life. Even if you’re being more emotional and less rational, he still cares and wants to heal you. At that point, you know your relationship can withstand any storm.

4) Making up after a fight makes you bond

When we’ve hurt someone, we usually go out of our way to give them twice the love so they feel better. I may be stereotyping here, but usually the men are at fault and they are the ones trying to make their partner feel more special. At least in my case, it’s been like that. So you get more attention, tons of compliments, and a lot of love. In fact, have you ever considered make up sex? If not, you’re missing out!

ALSO READ: 5 Reasons Sex Feels So Intense After A Fight And If You Haven’t Tried It, You’re Missing Out.

5) You learn to accept the differences

We can’t assume that discussing things out will solve everything. Sometimes, you have to pick your battles and let go of things that don’t matter as much. Like I have a problem reaching anywhere on time and if someone has to date me, they better accept me and my lack of punctuality. I mean, I try but I will at least be 15 mins late. Similarly, if they are programmed a certain way, you just have to deal with it. We are all sensitive about different things. These debates help you understand that you tried and failed and some annoying habits shall remain. And that in the end, this is a compromise.

ALSO READ: Psst Guys…All Of Women Do This. These Are Kind Of Tests We Secretly Put Men Through To Check If They’re For Keeps