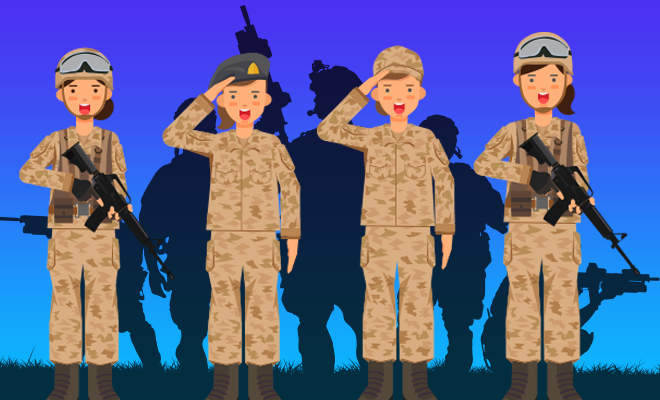 Uttarakhand Is Getting Its First All-Woman Anti-Terrorism Squad That Will Secure Mahakhumbh 2021. They Sound Badass!

There really is nothing women can’t do. While this is a very textbook thing to say, and looks good in Instagram captions and bumper stickers, I sometimes wish real people actually believed in this. Luckily, around the world, women every day are breaking records and shattering new glass ceilings, which makes me hopeful that the mindset will eventually change. Fresh off the news mill, Uttarakhand is all set to get its first all-woman anti-terrorism squad! What’s more, these ladies who can kick ass are undergoing some intense training so they can work to secure the Mahakumbh 2021, which is all set to take place (despite COVID) in April of this year.

According to TNIE, initially, 38 women were selected to be a part of the squad, of which 22 have fulfilled the requisite levels. Now these 22 women commandos is being put through a gruelling routine, which includes being trained in anti-terrorist operations at the up-to-date facilities of the Police Training College (PTC) in Narendra Nagar of Tehri district, Uttarakhand. Before arrive at PTC, this squad, which includes two sub-inspector rank police officers, completed its pre-commando training in Haridwar.

As part of their advanced training in Uttarakhand, they are learning new methodology of operations, use of advanced weaponry as well as Krav Maga, which is a mixed martial arts form developed by Israeli Defence Forces, that includes elements of karate, judo, aikido, wrestling and boxing. In addition, they are also being taught to practice Yoga and meditation and following a strict diet that will help them stay at the top of their game.

Firing, gunshots, smoke, & screams echo in the hills of Tehri in #Uttarakhand as this all-women team of 22 commandoes gets trained in anti-terrorist operations.@VineetTNIE #Mahakumbh https://t.co/u4Zbijwx9I

Also Read: Rahul Gandhi Says He Thinks Women Should Be The Head Of The Household

IPS Rajeev Swaroop, who is the director of the PTC, spoke about the squad, stating, “This is the vision of our honorable Chief Minister and DGP Ashok Kumar Sir to realize the women empowerment and inspire others to take the lead. The elite all-women unit is one of the most advanced commando units in northern India. They are being provided training in the best available and toughest format. “

Swaroop also revealed more details about the squad’s training module, which includes high altitude operations, city and jungle operations, indoor classes, and all the latest concepts of commando training. Uttarakhand DGP Ashok Kumar has said that the unit will work as an ‘Anti-Terrorism Squad’ in Uttarakhand, where the Mahakumbh 2021 begins in April, as its first major assignment.

It seems like these women are going to be an unstoppable squad of badasses! The idea behind the creation of this all-women anti-terrorism squad by the Uttarakhand government is noble, and we need more state heads and politicians to not just say things like ‘women can do everything’ while announcing schemes and policies, but also meant it, and put what the preach into practice.

Tanvi Azmi Pointed Out That Actresses Her Age Are Finally Getting Good Work, And We Welcome This Change!