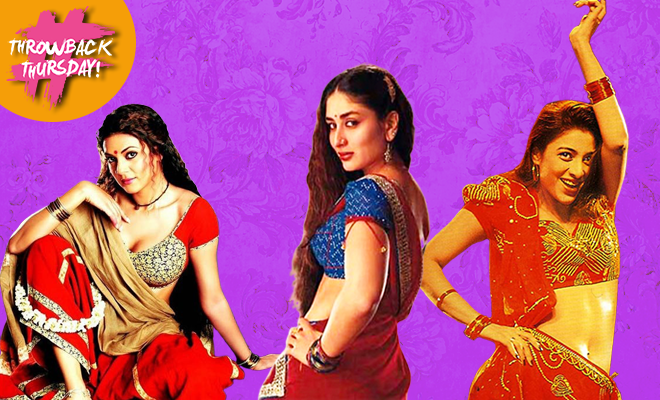 Sex work is legal in India; pimping and pandering, owning a brothel, etc are not. If one voluntarily sells sexual services in privacy, it’s well within their bodily agency that nobody has the right to question, not even law. Yet, prostitutes are looked at as if they are devoid of humanity and come from a place of moral filth. Even a look at them apparently can corrupt minds. They have no place in a morally-stringent India. Of course, that’s all on the surface. Prostitution is a huge business in India and that means there is more demand than there is supply.

Prostitutes are often put through abuse unless they have enough backing. Maybe a brothel does feel safe to them – they don’t have to put on a secret identity, nobody treats them like dirt and nobody judges them. Plus a client puts them in danger, they have a plethora of people to stand up for them.

When we live in a country that would still consider a criminal more human than a prostitute, it’s not easy for them. But that’s the professional hazard they’ve accepted.

When actress Shweta Basu Prasad found herself in the middle of prostitution racket, the media made the most tasteless statements and attributed some to her, which she said she had never made. She was not allowed to meet her family for two months, during which her grandfather passed away and her mother was going in and out of courts. Basu didn’t get a chance to say goodbye. She didn’t get a chance to tell her side of the story and a lot of people just loved to gossip about the whole incident. Of course, a lot of people supported her as well.

Meanwhile, not many Bollywood actresses – that are loved by many – would opt for a bold role, let alone that of a prostitute. Society is quick to judge and dismiss a woman for being unapologetic when she does something out of the sanskaar box. Yet, that didn’t stop some actresses from telling the tales of prostitutes with empathy and conviction. If anything, they were glad they got the opportunity to tell a story that our society otherwise will never hear.

Here are a few actresses that left a mark with their spectacular performance as a fictional prostitute in a Bollywood film.

A young naïve girl was manipulated to take up dancing at a bar by her uncle, who then goes on to rape her and run away. She continues being a bar dancer to sustain herself and marries a criminal to safeguard her future. Her husband gets killed and son gets arrested for a crime he didn’t commit and is raped in the prison. For his release, she needs to gather money and becomes a prostitute to do that. The movie exposes Bombay’s sex work, crime and a culture of bar dance and how women end up getting trapped in the vicious circle.

Tabu’s performance in the role won accolades for being real and gritty. What was also interesting was that Tabu played the character with authenticity without the trappings of glamour. And she was lauded for it, rightfully so.

She plays the role of a young mother of a daughter and the movie traces her journey as she joins a brothel to sustain herself financially. She tries hard to not let her daughter meet the same fate but fails to do so. The film is an adaptation of Bhupen Hazarika’s novel ‘The Prostitute and the Postman’ and also stars Mithun Chakraborty in a negative role.

Again, playing a sex worker onscreen is never easy but Sushmita Sen pulled it off with determination.

She is a street-smart, vibrant prostitute who meets a young man on a rainy night as both of them are stuck at a place. They get to talking and he gets to see the side of sex workers that nobody does. The film tries to show her laughing, dancing and having fun while also trying to navigate her way through mafias who don’t bother about consent when it comes to sex workers.

In this movie, Kareena Kapoor slips into the role easily. But this one caught everyone’s attention because it showed the women being the prostitute. The woman with hopes, dreams and a heart. It was unnerving for a large section of the audience because we simply choose to brush the lives of these women under the carpet. They are not seen as humans because that would require an overhaul of our moral compass and we don’t want to do that. Not just yet.

A young girl finds herself in the middle of a sex scandal when her intimate video gets widely circulated via MMS. Looked down upon and shamed for her MMS video by the society – her peers, family, etc – she decides to take up prostitution as a vocation.

The women that occupy the universe in Dev D are unapologetic about their choices. Sure life hasn’t treated them fairly but they are not going to be simpering damsels in distress for that reason. Kalki’s character in the movie has a voice and she’s pretty vocal about what she stands for. And we love everything about that.

ALSO READ:Isha Koppikar Also Faced The Casting Couch. It Looks Like Any Actress Who Worked In Bollywood In 2000s Faced This!

She plays the role of a bar dancer and prostitute who finds herself dealing with a couple that wants to pay her for bearing the husband’s child. Of course, she’s a woman with a golden heart and Preity’s character in the movie agrees to go along with the plan only to help this couple out. Adapted loosely from Pretty Woman, one can see a clear transformation in her during the entire pregnancy. That’s how in an ideal world, one sex worker is able to get out of the vicious circle.

The movie was replete with cliches but then again, at that point, we simply didn’t show our women as sexual beings. Or as humans with desire. That being said, Preity played this role well and we think that was worth applauding.

ALSO READ:Renuka Shahane Says Teach Men How To Behave. We Women Have Been Saying That All Along