Here’s the irony. Watching Sexify for me was just as elusive as a female orgasm. I turned the show on almost three times, but could not finish… even the first episode. But then, finally, on the long weekend when I was home alone and needing some TLC time, I decided to put it on the fourth time. And did I finish? Oh yes. And did I like it? Oh yes, yes, YES! The eight-episode first season of this Polish show on Netflix is directed and written by Kalina Alabrudzińska and Piotr Domalewski, and stars Aleksandra Skraba, Sandra Drzymalska, Maria Sobocińska, Piotr Pacek, Kamil Wodka, Wojciech Solarz, Jan Wieteska, Sebastian Stankiewicz, Magda Graziowska and Malgorzata Foremniak, amongst others. And it has three things that, straight off the bat, earned some major brownie points from me. A show about women in STEM, making an app, to crack female orgasms.

Natalia is a student at the Warsaw University of Technology who has been working on an app to optimise sleep for the past couple of years, as her final year submission. But there’s an even bigger stake because their class will vote for one project that will get pitched at a competition held by the government, and eventually funded. However, when the newly appointed professor Mr. Krynicki points out to Natalia that her ‘SLEEP’ optimisation idea isn’t ‘sexy’ enough and would never be voted for by her peers, she is pissed off. More so because she might lose to her classmate, Rafal, and his ionised gel that uses Bluetooth to change hair colour, she is determined to find something sexy enough. And what’s more sexy and alluring to her generation than SEX?

With the arrival of a new dormitory neighbour, Monika, whose hyperactive sex life baffles the inexperienced (and a virgin) Natalia,   she finally gets the idea. She’s going to make an app to crack the elusive female orgasm! An app that if she can make it, women won’t need to fake it? Of course, it is gold! Initially hesitant, Monika sees its potential, because despite having so much sex, orgasms are just so hard to come by. She sees how this app will help her make up for lost credit and one up her parents who she is squabbling with, and so decides to lend her ‘practical sexual expertise’ to Natalia’s research.

Ah, but this is a threesome. Natalia’s BFF Paulina is a good Catholic girl. Or is she?  Because she is breaking all the rules by living in with her boyfriend Mariusz, having sex, lying to her and his parents about living in the dorm, and then lying to the priest in the confession box that she won’t have pre-marital sex again! When Mariuzs proposes, Paulina sees ahead of her a life of vanilla sex with just that one person, which is okay, but he doesn’t even make her orgasm. She is a reluctant participant in Natalia’s research, because even though she has had sex, she hasn’t really explored her own body. And she’s kind of prude towards Monika for her devil-may-care attitude about sex. Little does she know, a random friendship with a pleasure store owner and her brother will have both her and Natalia exploring newer depths of their sexuality, and their self.

Also Read: Women Get Candid About Why We Fake Orgasms And We Might As Well Stop

Sexify is about sex, and female pleasure, but also, so much more told through a refreshing new perspective

The fact that the three protagonists are women in STEM who are decoding not just the social constructs around sex and female pleasure but also the biological and psychological issues around it, is my favourite thing about Sexify. It’s a fresh new perspective because what I’ve seen mostly is more of women claiming sexual freedom by walking out of a marriage or having an affair or finally being true to themselves. There’s that journey here too, like when Paulina finally accepts that she isn’t the ‘good Catholic girl’ that she has been trying hard to be and that’s okay. Or when Monika finally gets over her mental barrier of only being able to orgasm when she is with her ex, by using the app they’ve created. 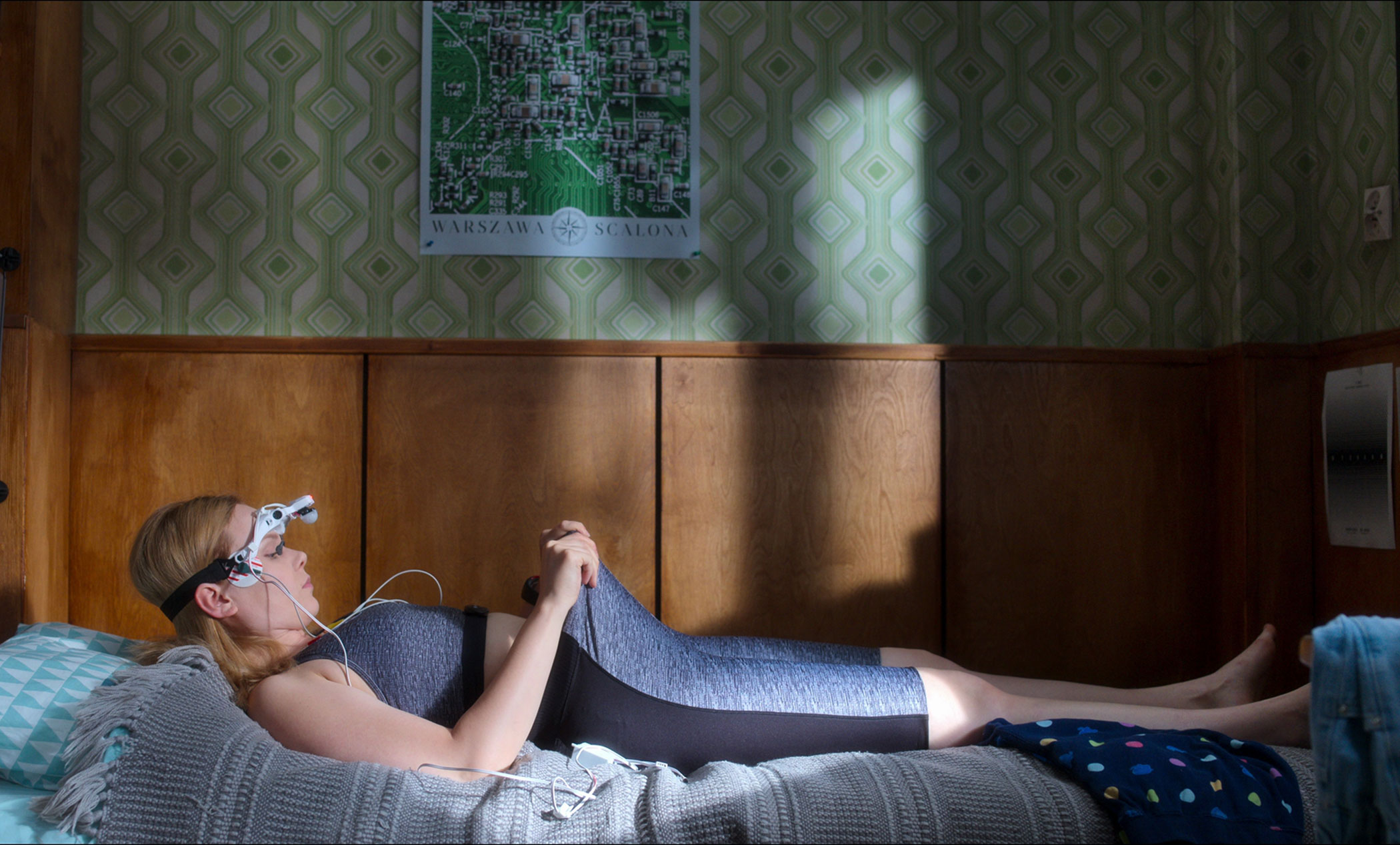 Of course, I particularly enjoyed and even related to Natalia’s journey. When she said that she didn’t think she was beautiful and therefore her brain was all she had and she couldn’t fail at this competition, it resonated with me. Because a lot of us, not just women, but mostly women, have their notions of sex and their experiences tied to their body image. Her self-perception inhibits Natalia so much that she isn’t even confident that she can masturbate and provide helpful data for the research. It’s why she relies on Monika, the girl who is perceived to have a lot of sex, and her friend Paulina, who is ‘experienced’ because she has a fiancé, as valid sources for information. For a major chunk of the show, Natalia keeps thinking of the app as a project which, eventually, is for other people to use, judge, do whatever with it.

But ultimately realising that the app is actually more for people like her, who do not know how to go about it or are awkward about sex because it is always such a taboo, is quite the journey!

Also Read: 5 Reasons Mare Of Easttown, Starring Kate Winslet As A Detective Investigating A Murder, Ought To Be Your Next Watch

A few more things I loved about Sexify

I cannot spoil the end for you, of course. I guess, I predicted how it would go, but it still remained impactful because it makes a very powerful statement about how the repression of female pleasure isn’t just about sex, or orgasms, but a subset of a larger patriarchal oppression circle. Natalia, despite being the top of her class, is rarely taken seriously. Nobody believes in these girls, even though the university seems to have a balanced female to male student ratio. And the fact that Paulina chooses to major in chemistry because that’s considered a more ‘feminine’ interest is once again proof that we don’t just need more women in STEM, we need women in STEM to be taken seriously.

Furthermore, Monika owning her sexual needs but being sensitive about being judged for it, or being thought as a stereotypical ‘dumb blonde’ who only wants to sleep around is also an indication that we judge women too unnecessarily for their pleasure choices. 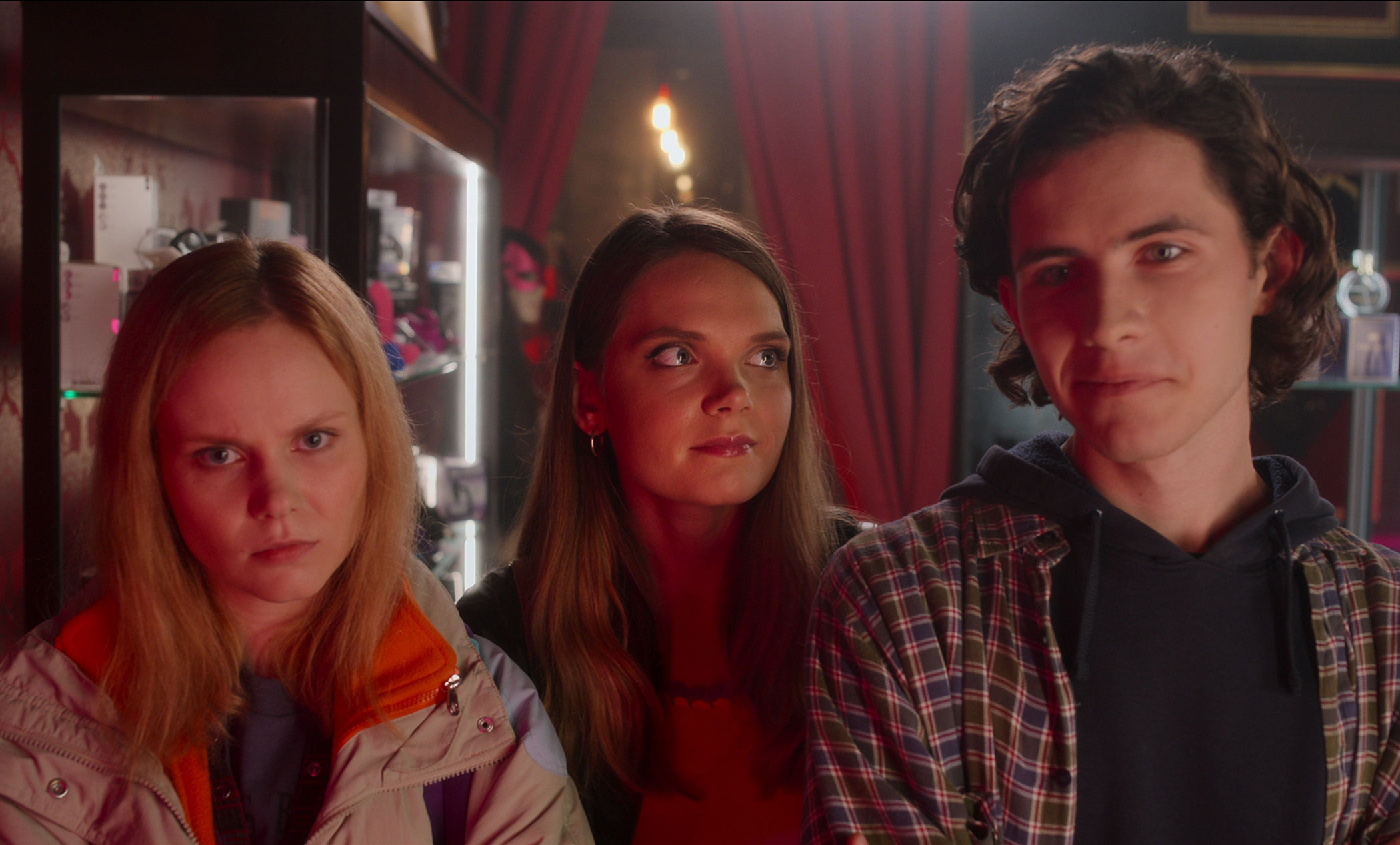 The men of Sexify, I personally thought, were rather passive. I don’t know if that was intentional and I haven’t been able to make up my mind about them. I like Adam, he is quite the female ally, and also helps Natalia and the other girls quite a bit. But he is right now just too sugar-coated, so I hope he gets some more layers. I would also love to have a man on this app-building team, perhaps on some sort of a learning curve or offering his own insights on where men might be missing out on doing their bit to give their women orgasms.

Also Read: 5 Men Got Together To Develop An Algorithm To Validate A Female Orgasm. Because Apparently We Don’t Know If We’ve Had One

And now for the turn-offs….

There weren’t too many as such. I binged Sexify at one go and it was a smooth ride. But as I mentioned before, watching Sexify requires a bit of patience initially because it takes time to heat up and get the fun going. It’s like foreplay, but one where you might lose interest if you’re not committed to it. I would recommend staying on with it because it really gets better.

I do wish that the show let Paulina and Monika delve deeper into their pleasure. It was barely a touch and go, like Monika with her ex, or Paulina at that costume party. And I was hoping for a lot more sex or experimenting for them because that would lend more authenticity to their research. The fact that we don’t get to see much of what metrics or questions go into designing the app and when Monika uses it, the acts that the app suggests to achieve the elusive female orgasm, it is kind of a letdown.

I guess you could say, sexify it up a bit for Season 2, especially, with Natalia’s story because she had a very Bollywood movie airport wala scene ending in this one. 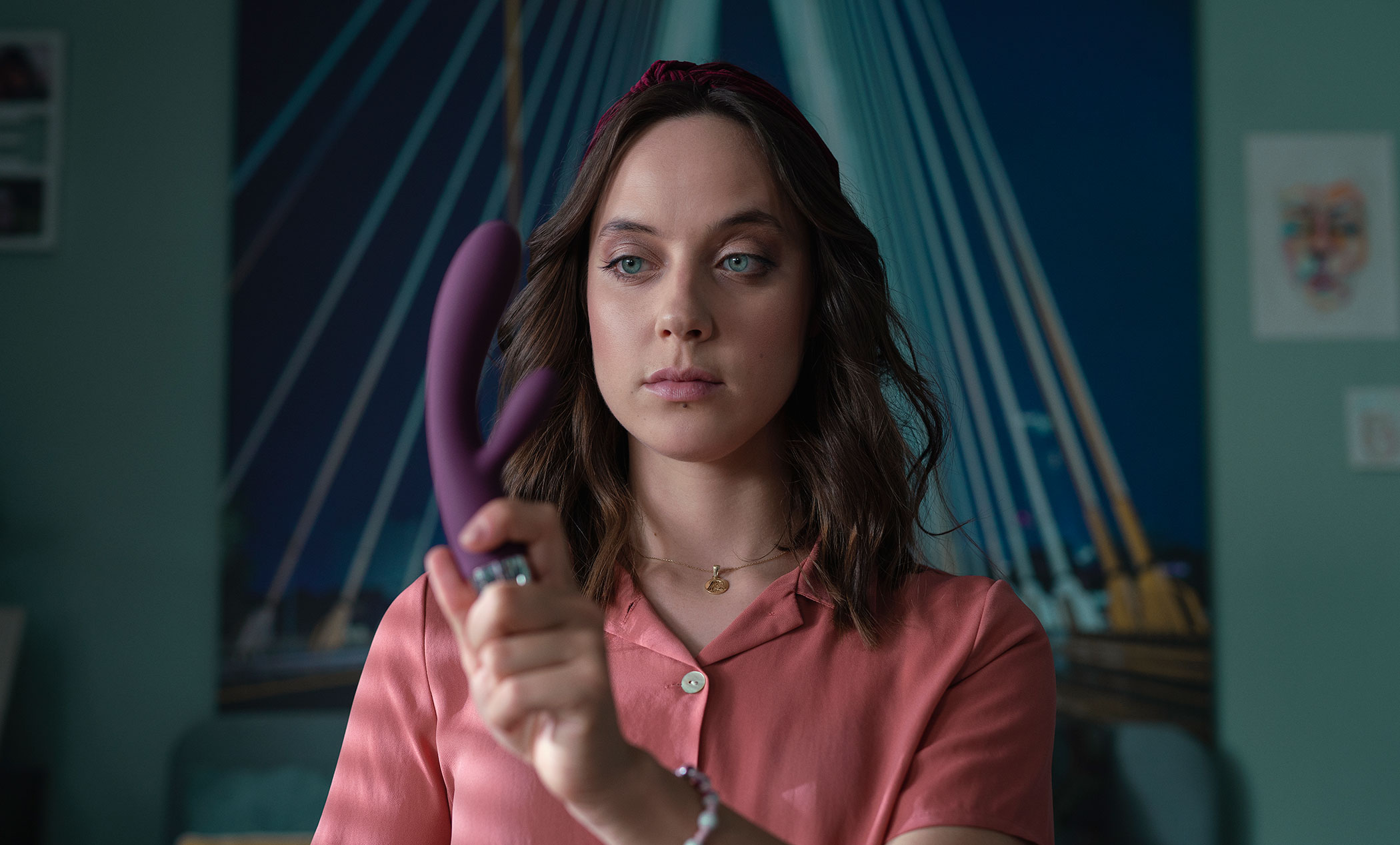 In his Oscars acceptance speech, Parasite director Bong Joon Ho said, “Once you overcome the one-inch-tall barrier of subtitles, you will be introduced to so many more amazing films.” When you think about something like sex, orgasms, female pleasure being taboo in India and the Indian entertainment scene, the only hope you have of perhaps getting a more authentic portrayal of it is foreign films and series. Again, there are taboos on sex everywhere, which is so ridiculous because the Internet has really made access the easiest thing and the generation that is being ‘protected’ smart enough to gain that access.  But the Indian entertainment industry might take some time to talk about sex in such mature, refreshing and creative ways.

And that’s why shows like Sexify, with their subtitles and sometimes even English dubs, feel like a blessing. They may not be perfect but they’re at least in the general vicinity of the spot that gives you the pleasure you desire. In fact, when I was done watching Sexify and went on to Twitter to read what people were saying about it, I saw that the show was trending in the top ten on Netflix India and Pakistan! During Ramadan! The irony isn’t missed here, but this is exactly proving my point above!

I think Sexify is a fun, young, show, with some killer background music, I might add, that tackles a very taboo subject that needs to be brought out of the covers and talked about. Is it not enough that the female orgasm is elusive? Must we make discussion about female pleasure elusive too? How long do women need to fake it and not enjoy sex, which is such an important act, just to stroke men’s egos and avoid society calling them a slut or a whore for wanting to enhance their pleasure?

Gosh, if someone’s building that app, I want the apk!