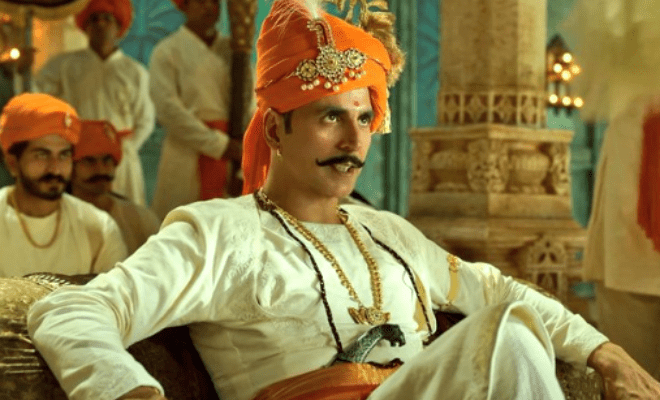 Epic historical war film is a genre that Bollywood always excels in making films. The larger than life sets, the weaponry, warfare and the heavy costumes all add to the glory of the film. Yet another historical war film titled Prithviraj is set to release and it stars Akshay Kumar in the titular role. The film is based on the brave king Prithviraj Chauhan. The movie also marks the Hindi film debut of Manushi Chhillar who was crowned Miss World 2017. the cast of Prithviraj also includes Sanjay Dutt, Sonu Sood, Ashutosh Rana, Sakshi Tanwar, Manav Vij and Lalit Tiwari and is directed by Chandraprakash Dwivedi. The trailer of the film was dropped on May 9 and it looks nothing less than spectacular! The film is set to release in theatres on June 3, 2022. Fans rushed to Twitter to share their reactions to the trailer.

The trailer begins with a voiceover that goes on to list what qualities are required in an heir to take the empire forward. The following scenes see Akshay Kumar aka Prithviraj’s coronation on Delhi’s throne. Manushi’s character Sanyogita is introduced next who expresses her desire to marry Prithviraj. Further ahead, the trailer depicts Prithviraj’s battles against Muhammad Ghori, the Sultan of the Ghurid empire.

One of the fans took to Twitter to point out the scene where Akshay shoots an arrow at a lion who comes charging toward him. They have called it to be the best scene from the trailer. Another went on to write that the whole trailer gave them ‘goosebumps’. Another Twitter user went on to mention that words are not enough to mention how impressed they are with the trailer. Check out their reactions below.

This is the best scene of the trailer 🔥🔥🔥
Looks impressive will take good opening for sure. Bollywood is back with a bang. Blockbuster loading #PrithvirajTrailer pic.twitter.com/TE1rqRgAQF

Loved #PrithvirajTrailer fully… We can see scale of the movie in trailer and that statue scene will get so much cheer in theaters… In last scene #AkshayKumar sir shooting arrow at haters lol what a transformation and look boss!! Jai ho Samrat #Prithviraj ji ki😍🚩🔥 pic.twitter.com/7RP8gfW7s6

Akshay Kumar coming to save bollywood's ass once again🥰🥰#PrithvirajTrailer pic.twitter.com/a0DLJRawio

Hell Yeah!!!
This is the kind of #AkshayKumar movie I want to see in theatres 🔥
Whatttt a blockbuster trailer. This is gonna be a blast🔥Loading up a sure shot massive theater experience….#PrithvirajTrailer pic.twitter.com/2qpQTSswXM

#PrithvirajTrailer lives upto the expectations. In terms of GRANDEUR, PICTURESQUESSNESS and EXECUTION it is top NOTCH. #AkshayKumar is electrifying. Very happy with the TRAILER. @yrf always best in terms of Scale.

The trailer does look promising and we are very excited to see Akshay Kumar reign the screens again!