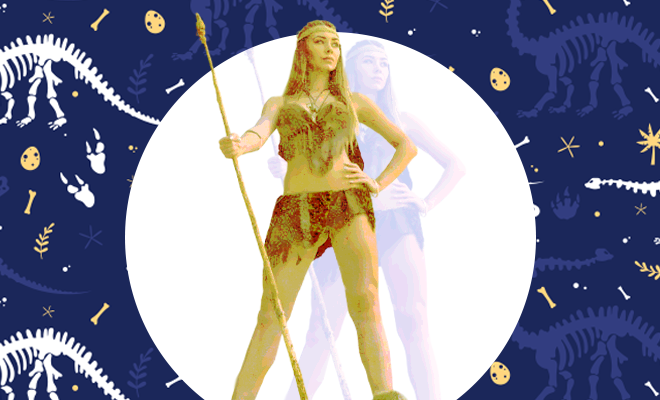 If you’ve been to school and studied history and science, you know our origin story like the back of your hand. I got two words for you: Hunters and gatherers. Consider this to be the CV of men and women of prehistoric times. The division of labour was clear—men hunted, which was considered the more difficult and dangerous job. While women, they just gathered fruits, berries and wood, and took care of the babies, relatively low-risk and therefore low-reward too. In fact, you could almost consider this as the root of the gender inequality that has manifested itself over the years and even now exists in the professional sphere. Men are often chosen for high-risk jobs that require more ‘macho’ characteristics, whereas women are relegated to soft jobs that consequently pay less. However, the discovery of a woman’s body at a 9000-year-old burial site in the Andes mountains in Peru has made researchers rethink the dynamic.

Back in 2018, excavations at a high-altitude site in Peru, called Wilamaya Patjxa, led to the discovery of a skeleton. An analysis of a protein found on the skeleton’s bones and teeth helped ascertain that it was a woman’s.

She was estimated to be between 17 and 19 years of age when she died. However, it was the items that she was worried with that made her an interesting discovery. They found prehistoric hunting tools, such as stone projectile points that would ideally be used to hunt large animals; a knife and some rock flakes that would be used to extract the hunted animal’s internal organs. And there were also other tools that could be used for skinning the animals and tanning their hides.

According to what is known to archaeologists about burial customs from prehistoric times, the things that people were buried with at the time of their death were likely things that they carried with them, or were significant to them when they were alive. Which would mean the woman clearly used these tools and weapons to hunt game, and not just small animals, but bigger game, like her male counterparts would have hunted.

Also Read: Study Says Women Find It Harder To Resist Cravings Than Men Do. Thanks, Science, For Understanding!

However, this theory isn’t readily believed because, well, surprise surprise, it doesn’t really fit with the whole worldview that women could do the same high-risk jobs as men. It has always been very clearly established that in prehistoric times, men hunted and women gathered. And therefore, despite adequate evidence from previous such discoveries of female skeletons with hunting tools, the theories that women could’ve been hunters too were quickly shrugged off.

According to the research’s lead author, Assistant Professor of Anthropology Randy Haas from UC Davis, “Among historic and contemporary hunter-gatherers, it is almost always the case that males are the hunters and females are the gatherers. Because of this—and likely because of sexist assumptions about division of labor in western society—archaeological findings of females with hunting tools just didn’t fit prevailing worldviews.”

There was also the off chance that this particular woman was an exception to the rule. Of course, we cannot think that every individual stuck to their roles even back then, right? To ensure that they had their theories right, the researchers went back and examined some 420 skeletons found across 107 burial sites across North American and South America from Pleistocene and early Holocene periods, i.e., around 8,000 to 14,000 years ago. We’re glad that they did this, because of the 27 skeletons they found buried with hunter’s tools, 15 were male and 11 were female. And 11, plus our OG hunter girl, were enough proof to not dismiss the possibility that women were also hunters and perhaps hunted almost as aggressively and often as the men did.

Isn’t it exasperating and also oddly expected how sexism prevented us from seeing that women were actually doing similar heavy lifting as the men in prehistoric times, even when the evidence was right before us? Sigh. Luckily, as Professor Haas remarked, this discovery does change his understanding, and hopefully that of others too, about the roles of men and women.

“Labor practices among recent hunter-gatherer societies are highly gendered, which might lead some to believe that sexist inequalities in things like pay or rank are somehow ‘natural’. But it’s now clear that sexual division of labor was fundamentally different—likely more equitable—in our species’ deep hunter-gatherer past. Our findings have made me rethink the most basic organizational structure of ancient hunter-gatherer groups, and human groups more generally,” Haas said.

In fact, recent research has also indicated that hunting might not have been a community activity, in which both men and women participated. And it makes perfect sense, because back then, we didn’t have advanced tools to hunt such big and dangerous animals. They were clearly faster than us, and wilder even. Doesn’t it sound more likely that every individual in the community who was strong and fast should help out with the hunting, then? The combined efforts would’ve made it much easier. Similarly, even child rearing could’ve been a community activity, which allowed women to accompany men in the hunting expeditions while their offspring were looked after by other members of the community, possibly elderly women who could’t hunt anymore.

It’s a stretch, and rather Utopian to think that a prehistoric discovery like this can change how the society perceives women today. But hey, if a girl can hunt, she can also hope and dream, no?