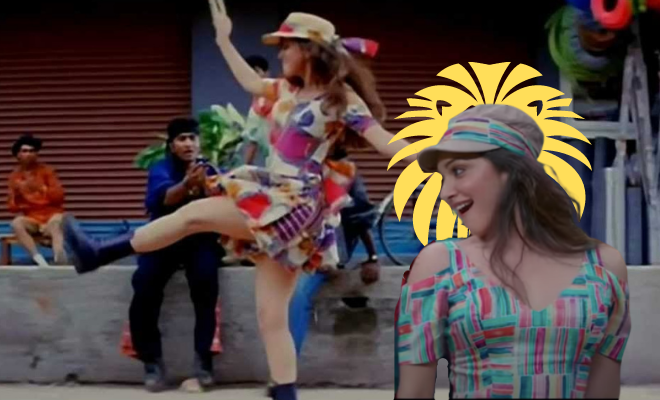 There are only a few movies that get you hooked to the screen. It might be the gripping storyline, brilliant acting, or the iconic costumes worn by the characters. Well, the last one is for the fashion buffs, actually and as a self-proclaimed one, I can say there are some movies which have made me pause and stare at the looks. For someone who fancies fashion and Bollywood equally, Rangeela is a no less than a work of art for me. It was a breakthrough film that redefined fashion in Bollywood and changed Indian fashion completely. Obviously, the credit goes to the very talented designer Manish Malhotra who was just starting out in the industry at the time but delivered one of his finest works till date.

The trendy and casual costumes were so impactful that it prompted Filmfare awards to introduce a new category for costume design for the first time, which Manish won. He created some of the most iconic looks for the lead Urmila Mantodkar that are still relevant today after over two decades of its release. If you stream the movie in 2020, you’d find the most coveted 90s looks that you’d want to steal. That’s exactly what Kiara Advani did for a song in her upcoming movie Indoo Ki Jawani, where she recreated her look stitch-to-stich from the song Rangeela Re, and got the OG singing praises for the same.

You remember the printed cold shoulder skater dress, newsboy cap and combat boots that Urmila wore in the titular song of Rangeela? The super stylish look has been picked to represent the 90s decade in the song Dil Tera by Kiara Advani and although the look has been refashioned with the colour scheme changed and certain style elements modified, Kiara does takes us back to the carefree and full of life, Mili Joshi. Which reminds me, the OG fashionista Urmila loved the look that was inspired by her style and gave Kiara her stamp of approval. She took to Twitter to praise Kiara and wrote, “Aww just saw the song great job kiara..pretty n very talented girl..way to go!! Ho ja Rangeela re Best wishes for the release,” to which Kiara responded, “Thank you @urmilamatondkarofficial ma’am !! Coming from the OG.”

Fashion in Rangeela was way ahead of its time and influenced styling in the film industry. It kickstarted various fashion trends in the 90s like beret hats, skater dresses and co-ords which weren’t popular before that in India became huge and Urmila’s contemporary style was imitated by women of that era. The outfits she wore continue to be trendy even today. Denim shirts, choker necklaces, high waisted jeans and oversized shirts were some of the most fashionable clothing items Urmila rocked that have stood the test of time. Even the traditional attires she wore like the ghaghra with Rajasthani mirror work and solid georgette sarees instantly became the most sought-after ethnic pieces for women in the 90s.

Talking about Kiara’s 2020 version of Mili’s skater dress, it is slightly different from its retro counterpart. The print and colours differ to accommodate today’s fashion with Kiara’s dress gravitating towards smaller prints and more colourful patterns, while the cut and silhouette is the same. The hat on Urmila had a scarf wrapped around, which Kiara dropped in this look and the classic combat boots look exactly similar.  She could lose the shoulder bag, TBH, but anyway Kiara’s look does full justice to Urmila’s iconic style from the movie. It’s another thing that when it comes to fashion and films, no one, I repeat no one can replace the OG Urmila Mantodkar, and Kiara would agree with us.