Businessman Harsh Goenka’s Tweet On Bill Gates, Jeff Bezos’ Divorces And Alimony Is Sexist, And Twitter’s Calling It Out

As someone who studied law, I low-key understand why men would think that the laws are all partial to women. But hey, you rigged the entire system against us, so this is the world will live in. Accept it, and if you want equity in laws then bring some equity in the way your treatment of women too. For example, the whole ‘gold digger’ stereotype that women are conferred with, especially when they marry a rich man and then seek alimony or maintenance post a divorce. Maybe there are a few rotten apples, sure. But to generalise or joke about women seeking alimony and men being victims without even bothering to find out the context is peak sexist behaviour that reeks of male chauvinism. Take businessman Harsh Goenka and his recent tweet about the divorce proceedings of Microsoft founder Bill Gates and Amazon CEO Jeff Bezos, for example. 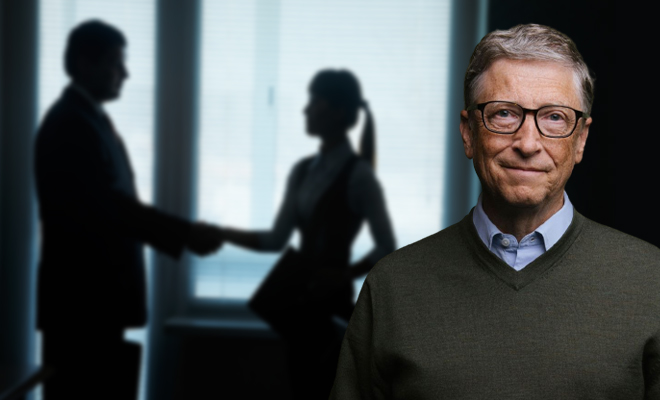 ICYMI, once-upon-a-time power couple Bill Gates and Melinda French Gates are headed for divorce. The couple’s joint fortune is estimated at a whopping USD 146 billion which, as reported, will be split equally between them. Many assumed that the Gates’ split could mirror that of Jeff Bezos and Mackenzie Scott, in which Scott received US$35.6 billion in Amazon stock (25%) as part of their settlement and became the richest woman in the world in September 2020. She has donated half of her roughly $38 million alimony to Warren Buffett’s philanthropic campaign, The Giving Pledge. However, in her separation petition, Melinda has asked that she does not want spousal support, and that the couple’s assets are most likely to split in the middle.

So it’s a little unwarranted that a businessman like Harsh Goenka, with a verified influencer account on Twitter, would think it is okay to tweet about Bill Gates and Jeff Bezos’ divorces and their wives finding their alimony payments more appealing than their husbands.

Especially because in both these divorces, the billionaire husbands were reportedly accused of cheating on their wives. Currently, with their separation proceedings underway, a report published by the The New York Times claims that the Microsoft co-founder and philanthropist asked out two women who worked for Microsoft and the Bill and Melinda Gates Foundation on a date, while he was married to Melinda. Moreover, what happened to the whole ‘behind a successful man’ saying, which though in many ways cliché and a tad sexist, underlines that these men’s wives had a major hand in their wealth and success too?

Even if none of that were true, what gives random men like Harsh Goenka on the Internet with no knowledge of what’s actually happening between a husband and a wife, the right to pass sexist commentary demeaning the wife? So it is okay to blame a wife for her husband’s bad decisions, but when it comes to his success and his wealth, that’s his own? And if his wife seeks her stake in it, that makes her a gold digger? What about the cheating?

This is a extremely sexist and misogynistic tweet by @hvgoenka sir.
Do you know the reality behind their marriage failure?How can you blame respective wives for divorce and that too for money only.
What if their husbands would be cheating on them or other reason?
Really shameful.

Moral: Money doesn’t buy happiness or a good marriage. **And women won’t stay with a sexual predator just because they are rich.**

Imagine being a blue tick verified industrialist in India and making these sexist jokes. On Twitter. In 2021. This would be seen as a major sm policy violation in my organisation. Definitely worthy of a dressing down

Actual moral: Don't put your relationships on a shelf and take them for granted while you pursue riches or you will find that they have hopped down off the shelf and made a life without you.

Also: Don't cheat on your wife & expect her to stick around.

Will the "wives are gold-digging nags" narrative jokes ever end? Fucking tiring https://t.co/iNqYa2kAQi

Harsh Goenka is quite the influence on Twitter, especially on young Indian men who want to be entrepreneurs themselves and look up to him. If this is the kind of sexism that is consciously or unintentionally passed on, as ‘just a joke’, then there’s no hope for men in our country ever giving women the respect they deserve.

And since life comes in full circle, the laws then will continue to favour women, because this sexism just won’t let them become equal members of the society who are respected and given dignity. Then don’t come crying about #GenderBiasedLaws. You did this with your misogyny.

Even though "these" 2 examples aren't the right ones, the divorce law is used (rather misused) a lot.

They call this tweet sexist, but what about the law? Isn't alimony for just women sexist?

So really, can we stop this stupid women-bashing gold-digger humour, FFS?