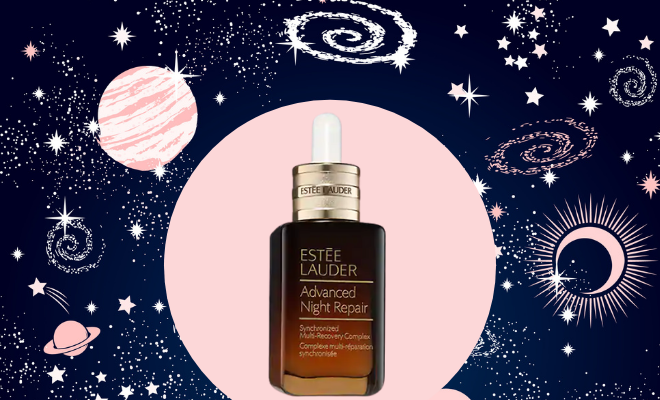 Estée Lauder Pays NASA To Film An Ad In Space. This Photoshoot Will Be Out Of This World.

Beauty brands have realised that the traditional way of advertising isn’t enough to capture the attention of their customers and make their products stand out on social media. For an ad campaign to work, you need to give them more than what meets the eyes. For example, they could feature a heady mix of diverse models or score an exotic photoshoot in a location that’s as exciting as their formulas. Estée Lauder seem to be a step ahead in this marketing game and apparently killing it. This just in, the beauty brand is taking their latest product launch to new spaces—and quite literally so—as it is teaming up with NASA and debuting their new product in actual space.

Last year, in June, NASA announced that the International Space Station (ISS) was now open for space tourists and business activities. Cashing in on the opportunity, one of the leading cosmetic giants, Estée Lauder decided to use the ISS to launch their beauty product, the new Advanced Night Repair Synchronized Multi-Recovery Complex, in space. It is paying NASA $128,000 (INR 94,14,476) to shoot an ad film for their product on the ISS while in outer space. This is super cool!

The product will fly into the space on 29th September and would be photographed in microgravity environment by the astronauts aboard. The photos would be used by the brand for their social media platforms including Instagram. Also, how would you like to own a bottle of serum that’s actually been into space? Because, of the 10 bottles of serum they are sending for the otherworldly shoot, one would be up for grabs in spring next year. The brand has decided to auction one bottle from the shoot for charity. Better start saving up!

Also Read: NASA Plans For The First Woman To Set Foot On Moon In 2024. This Is A Landmark Moment For Women In Space

Estée Lauder took to Instagram to announce the new. “We already knew our NEW #AdvancedNightRepair serum was out of this world—and now we’re proving it! As a beauty industry leader in science, innovation and high-performance prestige products, we’re proud to be the first-ever beauty brand to participate in NASA’s effort to promote the space economy, and our #LittleBrownBottle will be going along for the ride to @ISS,” read the caption of the post on their official Instagram account.

About the one of its kind marketing opportunity, Stéphane de La Faverie, Group President The Estée Lauder Companies & Global Brand President, Estée Lauder said, “We are thrilled to reinforce our leadership once again as the first beauty brand to go into space. NASA is at the forefront of space exploration, and as a leader in skincare innovation, Estée Lauder is proud to support the incredible work NASA is doing to promote a space economy by being the second-ever commercial product to launch.”

This is the first time NASA is collaborating with a beauty brand as part of their initiative to boost space economy. Phil McAlister, Director of Commercial Spaceflight Development at NASA Headquarters said, “NASA is opening the International Space Station to business as part of the agency’s efforts to enable a robust low-Earth orbit economy. Agreements like these directly support NASA’s broad strategy to facilitate the commercialization of low-Earth orbit by U.S. entities by demonstrating new markets utilizing the unique environment of space.” Before this, footwear brand Adidas sent its manufacturing materials to ISS to test the new 3D printing techniques as a part of a space science experiment.

On Sept. 29, we are launching @ISS_Research & products to the @Space_Station:

The product to be sent on the space voyage is a new variation of the brands bestseller Advanced Night Repair Synchronized Multi-Recovery Complex. Estée Lauder picked this product for the whimsical space shoot because the product is not only their bestseller but also has had a legacy of firsts since its inception in the year 1982. It was the first night repair serum in the time when no one even knew you needed a serum in your night time skincare routine. Then, it was the first beauty product to have the most popular skincare ingredient hyaluronic acid as one of its main ingredients. Now, it only made sense to make it the first-ever beauty product to be launched in space.

The photoshoot will take place in the cupola module of the International Space Station and will have the products floating against the splendid backdrop of Earth and space. Now, this is the kind of skincare innovation we’d like to see in 2020. Plus, this will help the space agency to generate income streams so it’s a win-win for both.

Beauty brands are really stepping up their game and literally going places to make their ad campaign stand out and establish an unmatched presence on social media. This is also the need of the hour, TBH, since the pandemic has had a knock-on effect on the beauty industry and the customers are cutting back on their beauty buys. However, such exciting and otherworldly ad campaigns can surely keep the customers’ interest piqued. I mean, I’d be looking forward to the photoshoot with the products that flew off to the cosmos. Won’t you?

Also Read: NASA Created A Fragrance That Smells Like Outer Space And Now It Might Be Made Public. Erm, Not Sure We Want It