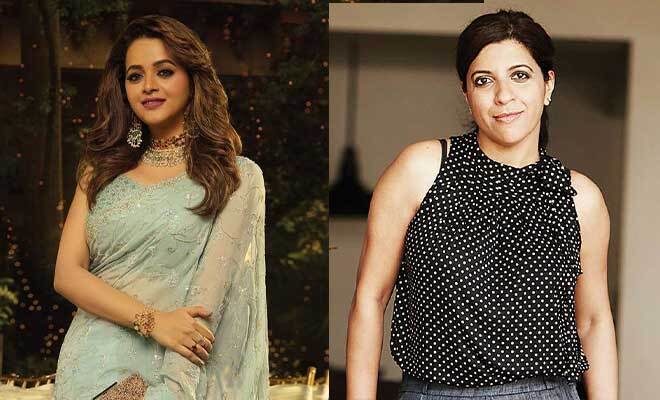 In our country, it is hard for a sexual assault victim to come forth and publically talk about what they have been through. This has a lot to do with the shame a victim faces when they are sexually assaulted or raped. Somehow our country shames the victims rather than the assaulters and criminals who do this. Hence it is rare and heartwarming when people come forward in support of sexual assault victims and give them the courage they need to stand in a crowd full of people who will probably hate on them for something that isn’t their fault. After actor Bhavana Menon broke her silence about her sexual assault involving actor Dileep, many celebs from the industry including Zoya Akhtar showed their support for her.

On Monday, Bhavana Menon came forth and opened up via an Instagram post about her struggles regarding the kidnapping and sexual assault she was a victim of by actor Dileep in 2017. After being tormented by this for the past 5 years, she chose to break her silence. “For five years now, my name and my identity have been suppressed under the weight of the assault inflicted on me,” her post read. Bhavana’s name as the victim has been withheld from the case as per Indian law. She also added, “Though I am not the one who had committed the crime, there have been many attempts to humiliate, silence and isolate me. But at such times I have had some who stepped forward to keep my voice alive. Now when I hear so many voices speak up for me I know that I am not alone in this fight for justice.” Bhavana thanked everyone who supported her through her struggle for justice.

Director Zoya Akhtar came forward and reposted Bhavana’s statement to her story writing, “More power to you,” to express her solidarity for Bhavana Menon. 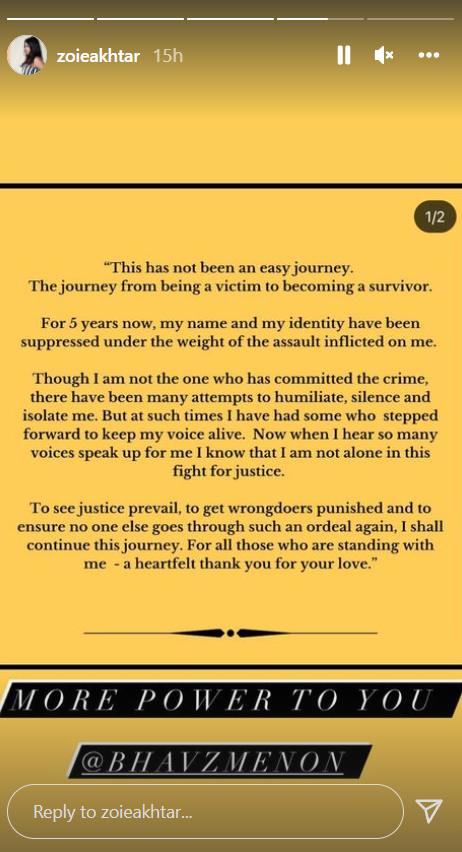 Many personalities from the south such as Geetu Mohandas, Prithviraj, Anna Ben, Supriya Menon, Parvathy Thiruvothu, and Chinmayi Sripada expressed their solidarity and support for the actor, as well.

In a place where victims usually are shunned, it is great to see so many people coming forward to support Bhavana Menon. I hope this helps encourage other victims in the future to talk about their struggles and demand the justice they deserve.

Chinmayi Sripada Asks Why Karthik, Named In #MeToo, Is Part Of Mani Ratnam’s Navarasa On Netflix