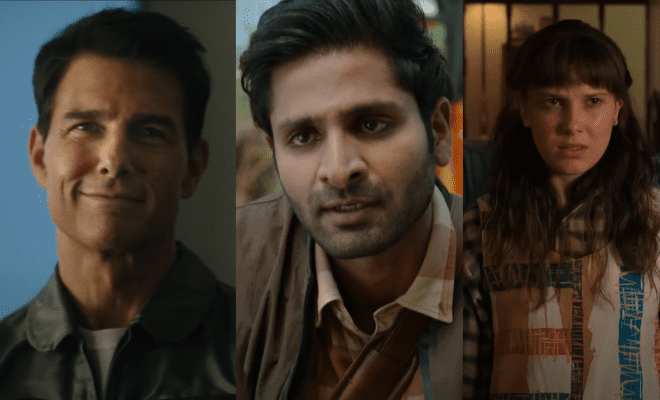 I don’t know about you guys but May has been a pretty tiring and hectic month for me. So now that the last weekend of the month is here, I want to kick back, relax and take time to just wind down. If you share the same sentiment, here are some of the series you should keep an eye out for this week on OTT platforms and theatres.

Toolsidas Junior is a sports drama film directed by Mridul Mahendra. Sanjay Dutt, Rajiv Kapoor, Dalip Tahil, and Varun Buddhadev star in the film. It was released on May 23, 2022.

This is definitely something Ross would be into and will intrigue you as well. Prehistoric Planet explores little-known and startling facts about dinosaur life in the context of Cretaceous settings such as beaches, deserts, lakes, ice worlds, and forests. It was released on Apple TV+ on May 23, 2022.

Coming at you with (at least) two new locations in California and Russia, new monsters for Eleven and the gang to battle, and new puzzles to solve, Stranger Things 4 will be back after 3 years on Netflix from May 27, 2022.

Obi-Wan Kenobi is the central character in this standalone Star Wars spinoff. It stars Hayden Christensen, Rupert Friend, and Ewan McGregor. It will premiere on Disney+ Hotstar on May 27, 2022.

Conversations with Friends is a series based on Sally Rooney’s novel of the same name from 2017. It casts Alison Oliver, Sasha Lane, Joe Alwyn, and Jemima Kirke. You can watch it on May 27, 2022.

Pete Mitchell is where he belongs after more than thirty years as one of the Navy’s top aviators, pushing the edge as a brave test pilot but avoiding advancement in rank that would ground him. The film casts Tom Cruise, Jennifer Connelly, and Miles Teller. Watch it in theatres on May 27, 2022.

Anubhav Sinha’s Anek is an action thriller film. It is set in North East India and revolves around an undercover cop on a quest to restore peace in the region. Ayushmann Khurrana, J.D. Chakravarthy, Andrea Kevichüsa, Manoj Pahwa, and Kumud Mishra feature in the film. Watch it in theatres on May 27, 2022.