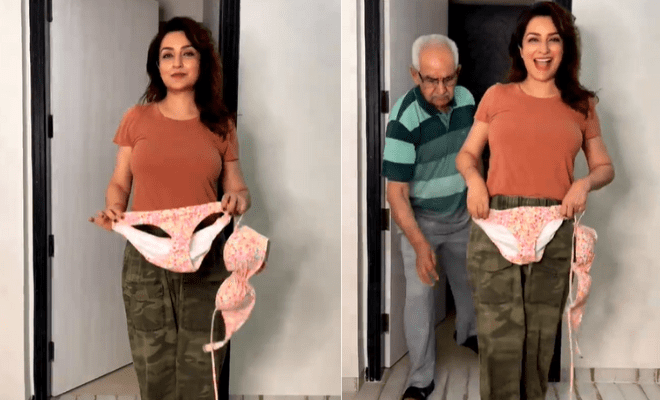 Tisca Chopra’s Father Interrupting Her Reel About Her New Swimsuit Is Hilarious, Adorable, And So Relatable!

Tisca Chopra not only entertains her fans and audience with her roles on the big screen but also through her social media. Her Instagram handle is a gold mine of entertaining content. The actor often shares fun videos and adds a mazedaar twist by making her rendition of the ongoing social media trends. Her humour is so on point that also makes her videos relatable to her fans! Quite recently, Tisca Chopra shared yet another fun reel that also featured her father! Yes, the father-daughter duo made an Instagram reel together that tickled the funny bones of her fans.

The 48-year-old actor’s father has moved to Mumbai to live with her. In her recent video, Tisca starts by showing off the new swimwear that was going to wear one by one.  When she throws it on the floor, for the reel to transition into her swimwear look, her father comes from behind and throws a white kurta on top of the swimwear. So, we see Tisca wearing the white kurta-pyjama instead of the swimsuit!

Sharing the video, Tisca Chopra wrote in the caption, मास्टरजी की बेटी की रील और कैसी होगी??! (How else will a teacher’s daughter’s reel look like?) Especially when Principal sir moves to the city.. (more on the parents and their move comin up..)”

A lot of people went to comment on Tisca Chopra’s reel. Manav Gohil also dropped a comment by writing, “Baap baap hota hai”, while a lot of her fans appreciated her for her effort. Check out their reactions below. 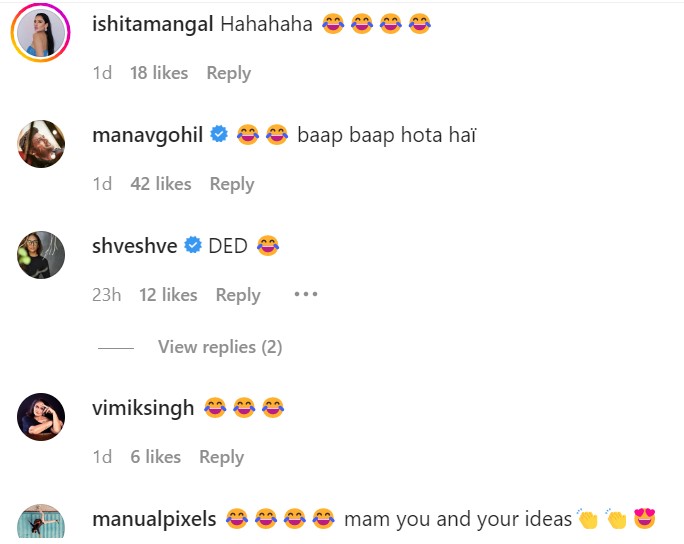 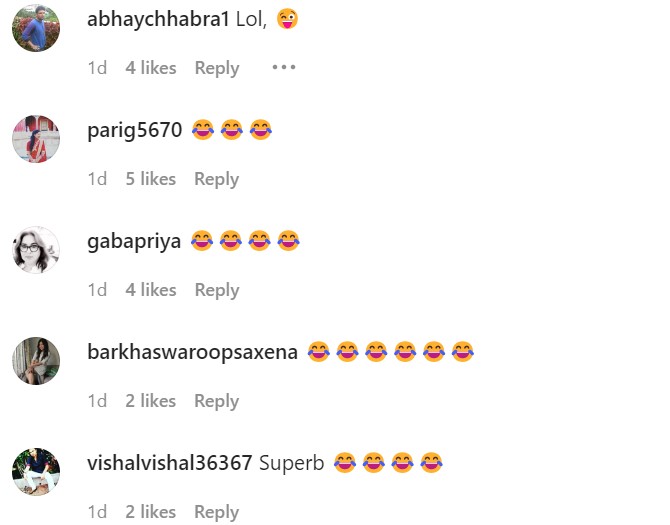 Also read: Tisca Chopra Says When She Joined The Industry, It Was Very Misogynistic. Women Were Second-Grade Citizens

Neha Dhupia Is All Hearts And Praises For ‘Jugjugg Jeeyo’, Says It Is ‘Wonderful, Funny And Entertaining’