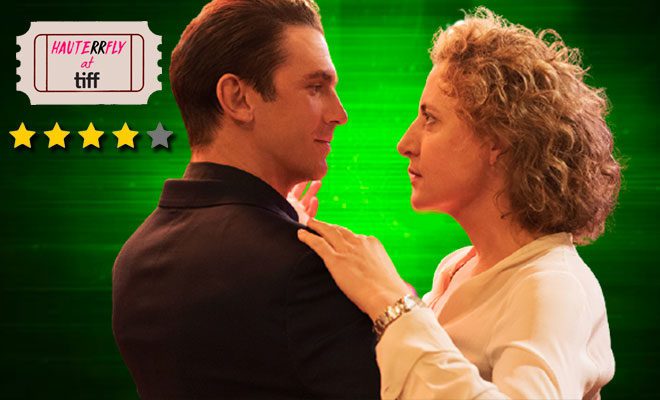 As a 30-year-old single woman who has had some of the worst luck in dating, I was excited by the proposition, even if fictional, of Maria Schrader’s I’m Your Man, (Ich bin dein Mensch in German). Imagine a service that designs the perfect partner for you…. And not just one with a set algorithm, but an algorithm that actually evolves as it learns from your responses and reactions to its actions. That would be the dream, wouldn’t it? I’m Your Man, which premiered at the Berlin International Film Festival and screened recently at TIFF 2021, is a sci-fi rom-com, which in itself makes it a rare sub genre offering. I went in with certain expectations, guided by rom-coms tropes. I emerged surprised. The German language film, which is powered by strong performances from Marren Eggert and Dan Stevens, isn’t your typical rom-com with an AI upgrade. It’s actually quite profound in its exploration of the human condition.

Eggert plays Alma Falser, a scientist researching on cuneiform in Berlin’s Pergamon Museum. She’s asked by her senior to participate in a unique experiment—evaluate a line of humanoid cyborgs that are designed to become the perfect life partners to humans. Depending on the success of the experiment, these cyborgs would be given rights and assimilated into the society. Reluctant, because she believes not even millions of data points collected could replicate the human experience, Alma still takes home Tom (Dan Stevens), her droid boyfriend, for a three-week trial. 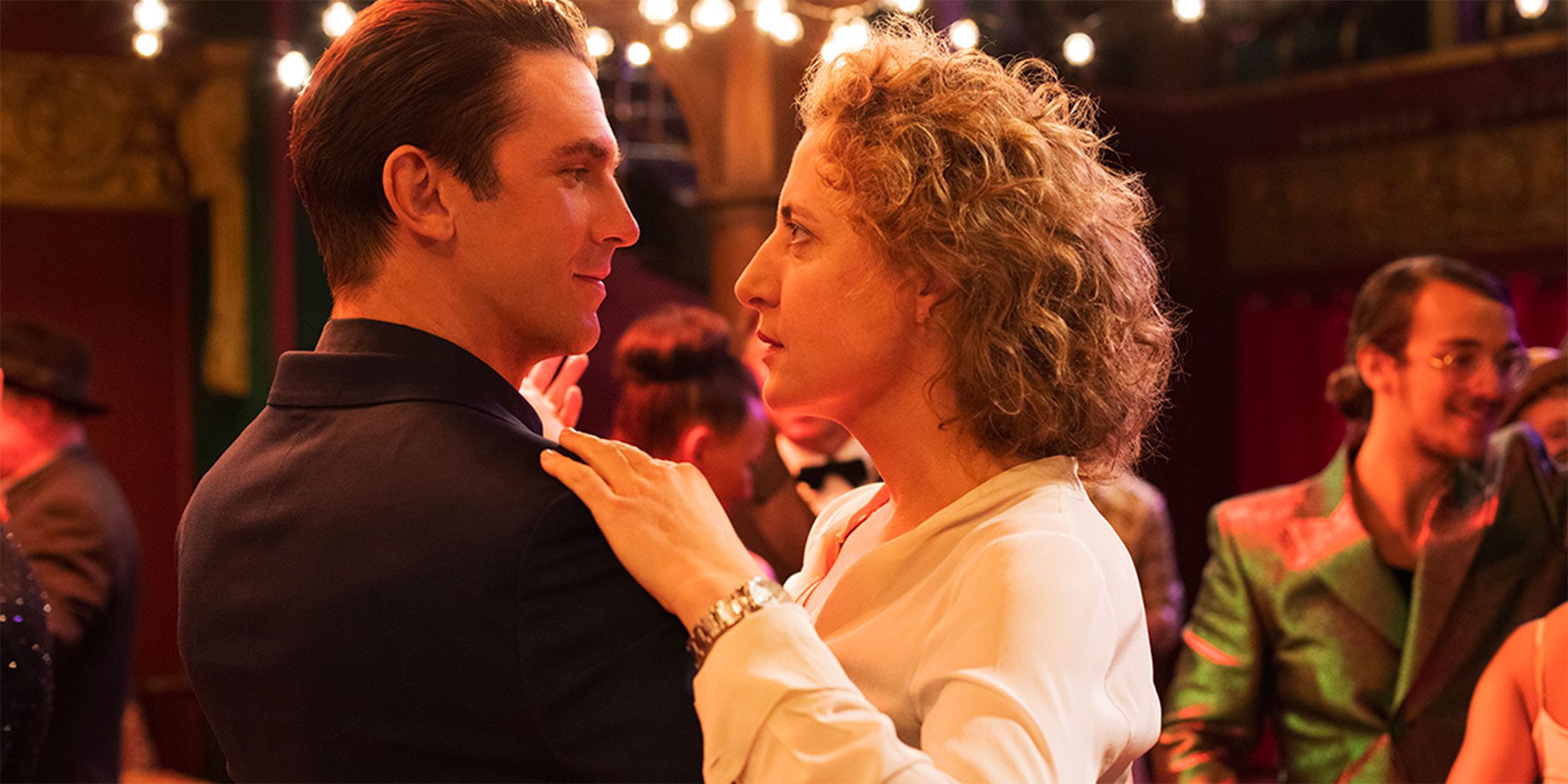 Now Tom’s designed with the singular aim to make Alma happy, and learn from her verbal and non-verbal cues to make himself the perfect life partner for her. For example, he speaks German with an English accent because based on Alma’s profile, she likes men who speak with a foreign accent. He knows how to rumba. And he has done extensive studying on cuneiform, because that’s Alma’s life’s work. The setting where Alma first meets Tom is so uncanny to familiar rom-com meet-cutes: a bar, romantic lights, wine, dancing. Until she finds out, it’s all a setup, and the a crowd’s hologram.

And this first scene itself foreshadows how Alma might feel about this whole arrangement. She’s impressed by how far technology has come. But when the illusion is broken, will a machine that is programmed to love you and get you to live it, be enough?

What first endeared I’m Your Man to me was Dan Stevens’ portrayal of Tom. It’s a perfectly measured mix of his natural charm and a humanoid act, particularly that slight cocking of his head to indicate how Alma’s response has stumped him. The German is impeccable, and even though we’ve seen countless humanoid portrayals on screen, Dan Stevens made Tom his own. Is it weird that I felt for Tom sooner than I understood Alma? And that perhaps is the beauty of the character, as well as its portrayal by Marren Eggert, who bagged a Silver Bear at the Berlinale for her performance. In fact, just as Tom is fascinated by Alma who challenges his conditioning, so are we.

Oh what can I tell you about Marren Eggert as Alma that I’d rather you discover yourself when you watch this film? Alma is a single woman, ambitious, hardworking, looking after an ailing parent, flawed, imperfect compared to the perfect specimen that Tom is. I saw myself in her loneliness, admired her healthy skepticism and the fact that despite all that was in her life, she wasn’t a cynic. And Alma portrays this complex character so masterfully, as we see her layers peel off one by one and fall in love with all that she is, just as Tom did.

In fact, I think it is here, with her character, that the film caught me by surprise. See this was the perfect setup for I’m Your Man to be one of this typical rom-coms, where the heroine falls for the robot, despite all her misgivings, and how she humanises him, and together they just make it work. But that’s not this film. It’s smarter than your average rom-com,  and it wants to point you toward another very complex yet crucial aspect of the human condition that is perhaps tied to both loneliness and finding love. The fact that technology, by making things easier and making us these know-it-alls, has actually ruined something as pure and powerful as the act of falling in love.

No wonder Alma doesn’t like it when on their date Tom spouts facts about how adjusting her car seat by a few inches could reduce accident rates. Or when he makes a discovery that pretty much turns her entire work irrelevant. Of course, these are all for Alma’s benefit, but he’s literally shattering her every illusion, and in the process, constantly reminding her of his non-human status. Come to think of it, I’d love me someone like Tom who is a perfect partner. But being reminded of the fact that he is an artificial entity while there are people out there finding love with real humans might be difficult to get over. Or the contrary could happen, which is perhaps far more troublesome. What have people stopped even trying to find love at all and just chose the easier path of letting technology do the job for them?

Maria Schrader strikes at this conflict with precision, exploring not just Alma’s skeptical perspective but also Tom the humanoid’s evolution. I thought I felt Tom’s responses grow more organic and human towards the second half, the more he understood Alma. I love how Schrader put both these characters in very typical rom-com scenes which were then subverted to play out very differently. And she managed to do all of that without making the film too preachy, lengthy or typical. The film ends on a very perfect note, having accomplished both, turning your heart into warm mush, but also opening your mind up to an interesting dilemma of our times.

I don’t think I’ve seen that many sci-fi rom-coms, but for me, I’m Your Man is going to be quite the standard that has been set. It does justice to its sub-genre without being restricted by its limitations or falling prey to its tropes. It’s delightful, like you’d want a rom-com to be, makes you heart flutter, fall for the heartthrob and the heroine, and it is profound, leaving you with some food for thought. Definitely watch this one for the performances and the commentary on technology and love.