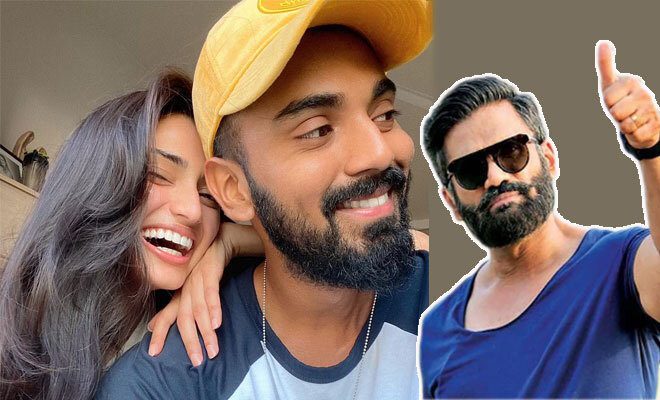 Suniel Shetty ‘Loves’ The Boy, But Has Left The Shaadi Decision To Daughter Athiya Shetty And KL Rahul

The cute couple, Athiya Shetty and KL Rahul have lately become the talk of the town. Especially after the frequent posts of the couple on social media platforms. Athiya Shetty was also spotted spending time with KL Rahul and other cricketer’s family in the UK. These events have escalated the conversations around the couple’s rumoured wedding. Suniel Shetty, Athiya’s father has finally spoken on the rumours. Suniel Shetty wants to leave the wedding decisions entirely on his daughter and that’s fair enough.

Suniel Shetty in an interview with ETimes was asked about his thoughts on daughter Athiya Shetty and her beau KL Rahul’s rumoured wedding. To this, the actor replied that he would definitely want Athiya to get married soon, but times have changed and the marriage decisions have been left for her to take. He also expressed his thoughts as a father, saying he would like their kids to be married sooner. Talking about KL Rahul, Suniel Shetty revealed that he loves the boy.

Going by several media reports, Athiya Shetty and KL Rahul are rumoured to have a winter wedding by the end of this year. They further have learnt that preparations for the same have already begun. The couple is also said to be planning a South Indian wedding ceremony. While the fans are surely looking forward to this beautiful wedding, no official announcement has been made.