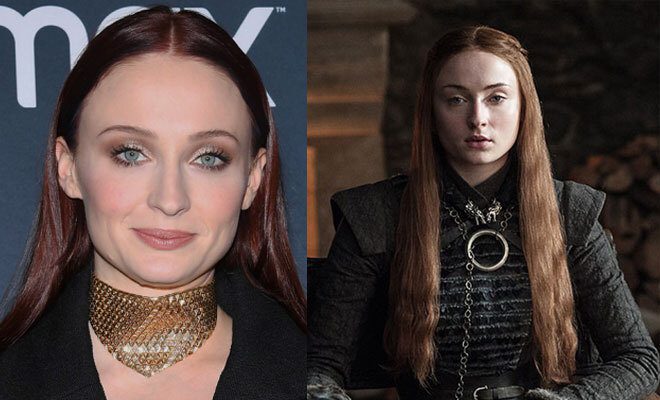 I believe we underestimate how much effort goes into being an actor. The job comes with the curse of erratic timings and no privacy. And how many times have we heard of actors losing themselves in their characters to an extent that it is harmful to them? So imagine if adult actors can have such a reaction to certain roles and settings, how much child actors cope with it? Actor Sophie Turner has opened up about her experience being a child actor in Game Of Thrones and shooting all the harrowing scenes in the show.

Sophie Turner made her acting debut with GOT where she was seen playing Sansa Stark. During an interview, Turner said that growing up with a show which had heavy subject matter like GOT made her create a coping mechanism which would ensure she doesn’t get traumatized. She started having the most fun between takes. Turner also said that she and  X-Men co-star Jessica Chastain also would sing and dance between takes while shooting the film.

Turner further addressed if her time on the show still affected her. She said that she is certain that she will exhibit some symptoms of trauma eventually, according to reports. She said that at that age she didn’t completely understand all the subject matter of the scenes. Turner then recalled that her mother would chaperone her to the sets in the initial few years which was very helpful and she would also bring her snacks.