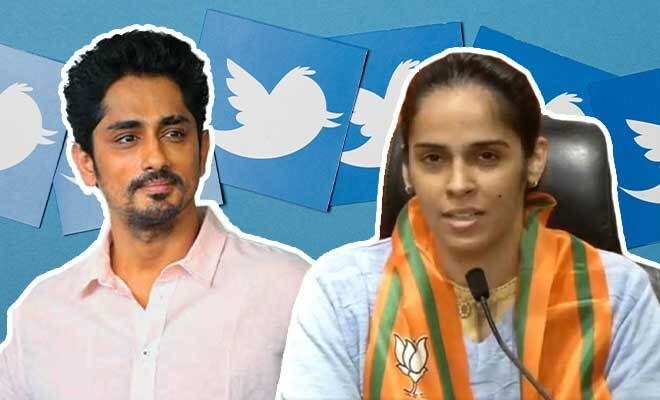 Actor Siddharth Writes An Open Letter Apologising To Saina Nehwal For His Sexist Tweet; Says His Intention Was Not To Attack Her As A Woman

Men putting down women for their opinions is not a new thing. I mean, we have a long time ago established that an opinionated woman is not sanskari enough nor is she the ideal woman (and can we thank the heavens for it!). And this is true in today’s world as well. After all this time, if a woman expresses her opinions/thoughts on something then she is excessively trolled or a sexist comment is passed on her to shut her down, don’t you think? I mean, that’s exactly what happened with Saina Nehwal when she showed her support to PM Modi. A Tamil actor, Siddharth used sexual innuendo to shame the badminton World Champion in his tweet and to say that it’s shameful would be an understatement. Needless to say, he faced quite the backlash, following which Siddharth wrote an open letter to Saina Nehwal apologising to her for his sexist tweet. About time, don’t you think?

Siddharth took to his Twitter on January 11th, 2022, to tweet an open letter wherein he is apologising to the badminton World Champion, Saina Nehwal for the sexist tweet. In his letter, the Tamil actor wrote that he is sincerely sorry for his “rude joke” and that nothing justifies his tone or words.

Siddharth wrote, “Dear Saina, I want to apologise to you for my rude joke that I wrote as a response to a tweet of yours, a few days ago. I may disagree with you on many things but even my disappointment or anger when I read your tweet, cannot justify my tone and words. I know I have more grace in me than that. As for the joke… If a joke needs to be explained, then it wasn’t a very good joke to begin with. Sorry about a joke that didn’t land.”

The actor further wrote in his apology to Saina Nehwal that he did not have any spiteful intentions. He also claimed that he was a staunch feminist ally and also goes ahead to assure the badminton player that there was no gender implied in his tweet. Siddharth wrote, “… I assure you there was no gender implied in my tweet and certainly no intent to attack you as a woman.”

If you ask me, the apology seems genuine enough. To know that a mistake has been done and apologising for it is necessary, but is it enough? I don’t know. That is something the badminton player has to decide. All we can do is wait and watch what she has to say about the apology.