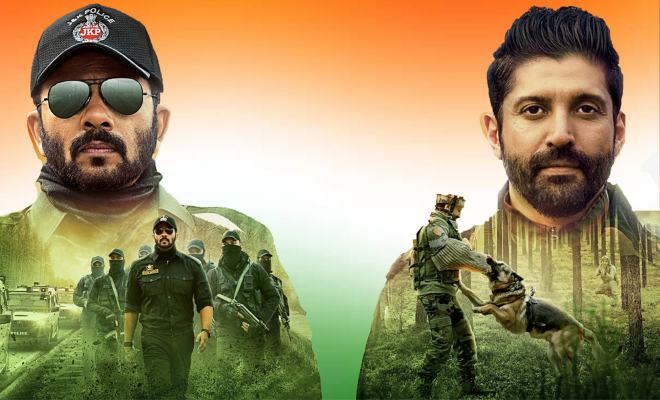 Being a Navy brat and now a Naval wife myself, any and all content regarding the defence forces really appeals to me. But what’s really surprising is that this content also appeals to many other people beyond the forces. I know how tough life can be like the Indian Navy, Indian Army and Indian Air Force personnel. From being posted to remote locations to having to stay away from their loved ones, defence personnel try to find happiness in the little things in life after they pledge their lives to keep the nation safe. Now, we’ve seen television shows and films about the forces but the one thing that they fail to showcase is the struggle of the tough military life. But now, ahead of Republic Day, OTT platform Discovery+ is launching a new series from the fan favourite franchises Mission Frontline and Breaking Point featuring filmmaker Rohit Shetty and actor-producer Farhan Akhtar. Mission Frontline will premiere on 20th January and will be headlined by the filmmaker and the actor, followed by the launch of four new episodes of Breaking Point which will premiere on 21st January.

Take a look at the teaser of the upcoming series shared by Rohit Shetty.

In the action-packed series, Farhan Akhtar will be seen spending a day with the Rashtriya Rifles soldiers of the Indian Army and Rohit Shetty will spend the day with J&K Police’s Special Operations Group in Srinagar. Both the celebrities will live the tough life lived by these soldiers. Farhan and Rohit will undergo the adventure, endurance and backbreaking training undertaken by these brave Indian warriors.

Discussing his training experience, actor Farhan Akhtar revealed that back in the day during the filming of Lakshya he got a glimpse of the lives of the jawans but living their lives and experiencing the hardships was a ‘life-changing experience’. ” It was extremely difficult for me to get trained in such tough terrains and weather conditions, but their support and encouragement made it possible. It is an honour to have got the chance to be a part of this show,” said the actor.

Also Read: Katrina Kaif Asked Rohit Shetty To Cast Her In Female Cop Movie, He Shot Her Down. We’re Not Surprised.

On the other hand, Rohit Shetty shared that while he is often associated with ‘action’ the ‘true action’ is what police personnel personify considering the ‘high-tension area’ that they serve in. He hailed the officers of the courage they showcase every day as they leave for their duty in the morning leaving their families behind with hopes of finding them safe when they get back. “I’m moved by their undying spirit. Thank you, discovery+, for bringing out these aspects of a police’s life that will startle the audience and make them want to salute their enthusiasm and zeal for the country and its citizens,” added the filmmaker.