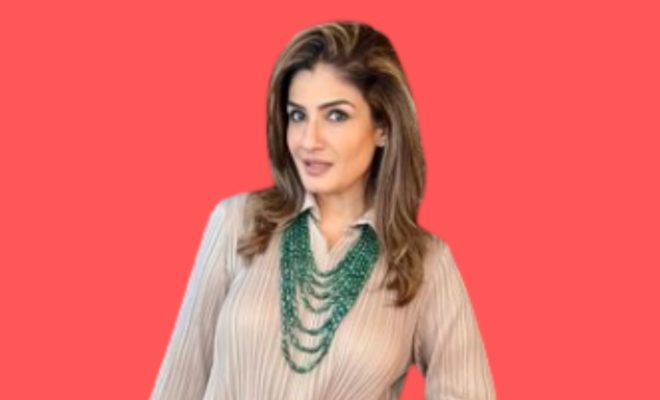 Raveena Tandon Has A Postive Outlook About Rivalry Between Female Actors, Says Its “Healthy”

Many times we have come across news when two female actors working on the same project do not share a good bond off the camera. The rivalry between Bollywood actresses exists has also become a cliche among audiences. Also, there are so many stories that keep coming up on this topic. However, actor Raveena Tandon has given a very positive perspective on this which actually comes from her own experiences in the industry.

Raveena Tandon is one of the most talented and well-known Bollywood actresses. She was last seen in KGF Chapter 2 released this year. Her acting skills are not hidden from the world and she still brings the same amount of charm to her on-screen appearances. Even on her social media account, Raveena Tandon is quite active and fun. The actress in a recent interview talked about the mindset that normal people have about the rivalry between Bollywood actresses. The positive and happy person that Raveena is, she gave the whole topic a very bright outlook and shared some of her own experiences as well.

Raveena said that when her movie KGF Chapter 2 was released, her own contemporaries like Shilpa Shetty Kundra called to give her best wishes. Raveena further added that Madhuri Dixit Nene also appreciated her after the release of her web show and even veteran actor Sharmila Tagore texted her on the same. In addition to these examples, Raveena Tandon said that rivalry between actresses is healthy and brings out the best in an actor, as per the report, She also said that she is always there for her friends and colleagues like Madhuri Dixit and Neelam because she loves them.

The actress also stated that she has made some strong friendships with actresses that she worked with and further said that it is not necessary to get along with everyone because eventually, one gets to know who is making them happy. Raveena completed her statement by saying that those who are there, will stay till last.

I actually agree with Raveena Tandon’s point of view in this regard.

Taapsee Pannu And Raveena Tandon Reveal Their Biggest Fear Is Working With A Confused Director. Understandble!