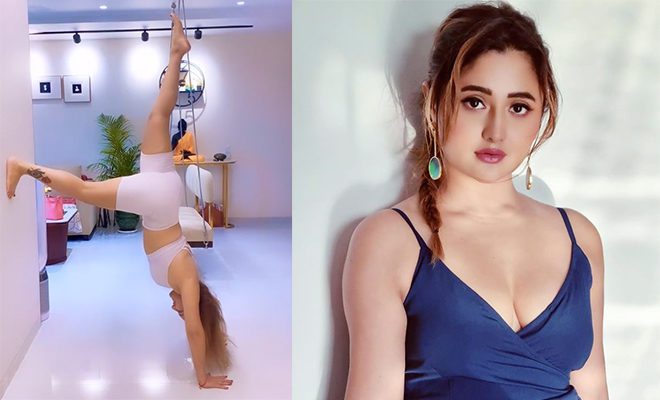 In today’s day and age, you could just breathe a little differently and be crucified for it. Why? Well, because the internet is filled with snowflakes who get salty about any and everything. The concept ‘mind your own business’ doesn’t exist for them. And a prime example of that is the trollers who just find reasons to criticise celebrities. If you think I’m exaggerating this, just look at the body-shaming Rashami Desai faced for sharing a fitness video after she accepted a fitness challenge. The TV actress who is quite active on social media was fat shamed and constantly faced criticism for her body structure and her looks.

Rashami Desai who is a famous TV personality took up a recent ongoing fitness challenge on Instagram and later shared a video of her exercising. However, as soon as she posted it, a number of trollers and a certain section of fans body shamed and fat shamed her.

Also Read: Neha Bhasin Says She Was Fat Shamed While Working With The Band Viva.

While Amrita Khanvilkar, Neha Bhasin, and many others praised her, there were a section of people who fat shamed Rashami Desai. One of them went on to write, “Ab jisse inspired ho, unko dekh k patli bhi hojao janu”, and another commented, “What’s the use of doing fitness reel whe you yourself don’t take fitness seriously and are just gaining more and more weight?. There was one who even said that her fans were disappointed in her because she was gaining weight instead of losing it.

If you ask me, the actress doesn’t need to lose weight, she just needs to lose these fans who can’t accept her for who she is and have such a shallow mindset.