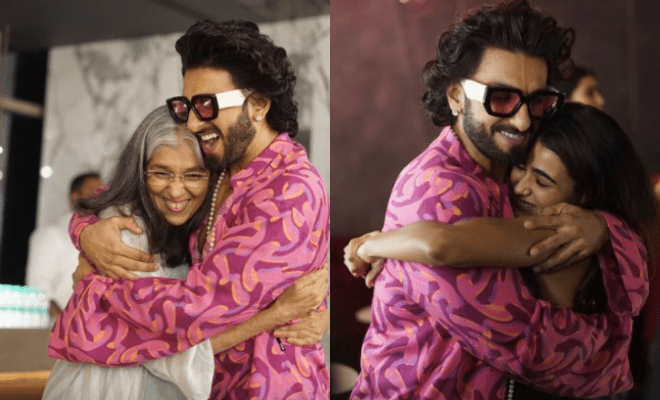 Ranveer Singh’s upcoming film Jayeshbhai Jordaar has created a buzz on social media ever since its trailer dropped. The Gully Boy actor will be seen in an all-new avatar altogether and fans are excited to see him in this new role. The film is set to receive a theatrical release this coming Friday. A special screening was held recently which was attended by the cast and makers of Jayeshbhai Jordaar. Ranveer took to his Instagram stories to share heartfelt personal notes for the cast of the film he shared screen space with for this film.

Sharing a photo with notable actor Ratna Pathak Shah who plays the role of his mother in this film, Ranveer wrote that he had an emotional and special moment with the ‘legendary thespian’. In another photo, he went on to mention that Pathak is ‘proud’ of what they have created on-screen. Further ahead, he shared a photo wherein he and Ratna Pathak Shah are hugging each other. Captioning the photo, Singh wrote that he ‘cherishes’ the bond with his onscreen ‘mumma’ and that she is the ‘greatest’ actor he has worked with. 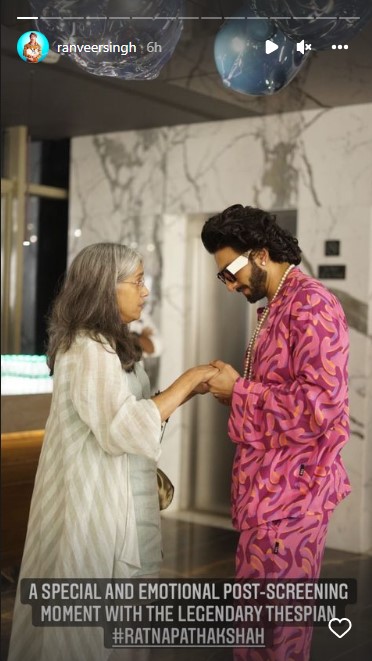 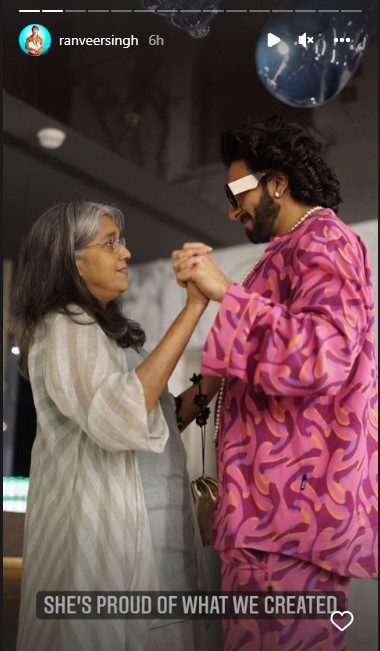 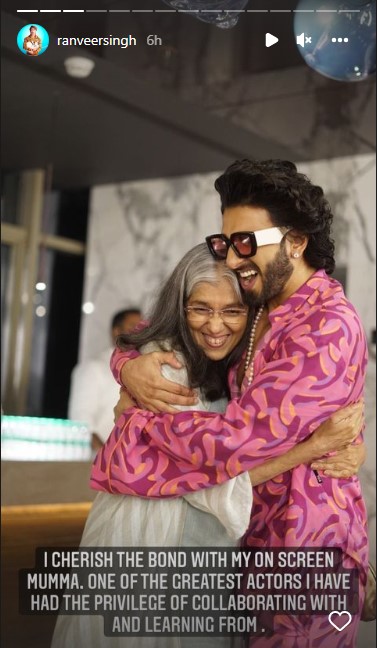 He also shared a photo with his reel-life leading lady Shalini Pandey and wrote that he can’t for the audience to be ‘regaled by her immense talent’. 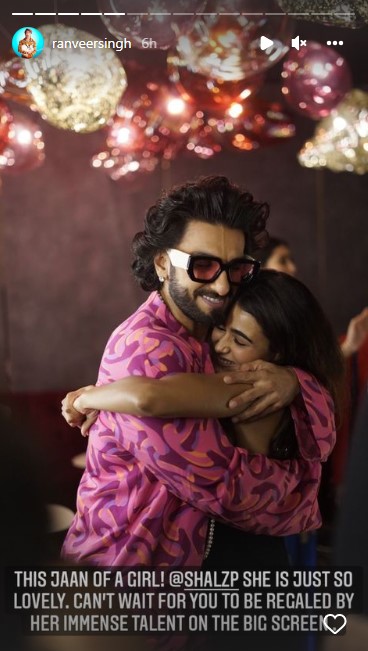 Ranveer Singh also showered praise on Boman Irani who plays the role of his father in Jayeshbhai Jordaar. In the photo where he can be seen embracing Boman Irani in a tight hug, Ranveer wrote that he is the ‘most extraordinary, one of a kind and a rare man’. 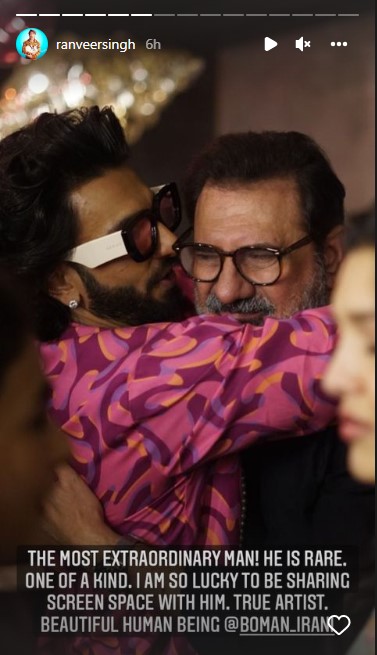 Jayeshbhai Jordaar is directed by Divyang Thakkar and tells the story of a man who hails from a village and yet has progressive thoughts about equality between girls and boys. Apart from the aforementioned actors, the cast of the movie also includes Deeksha Joshi and Jia Vaidya.

Taapsee Pannu’s ‘Shabaash Mithu’ Gets A Release Date. Excited To See Her Hit Another One For A Six