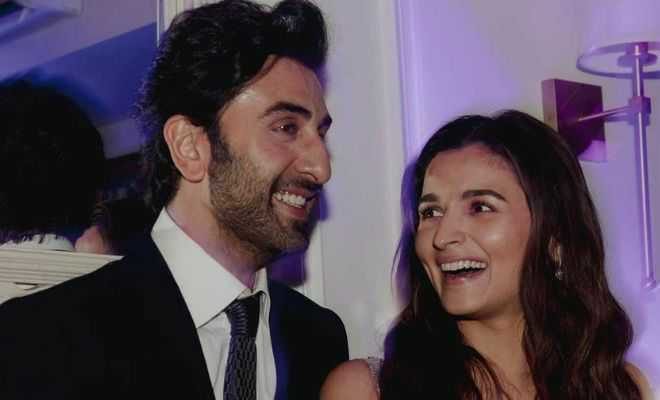 Ranbir Kapoor Reveals Alia Bhatt Is ‘Dal-Chawal With Tadka’ In His Life. Umm, Okay Then!

I don’t know about others but celebrity couples are just too cute and I’m obsessed with them. I know a lot of people think that they are overrated but for me, they are just normal people who love each other. And if we are talking about celebrity couples, we have to mention Alia and Ranbir because they are one of the cutest B-town lovebirds. And the latest news is that Ranbir Kapoor just gave Alia Bhatt a nickname. At the Shamshera trailer launch, Ranbir called Alia his ‘dal-chawal with tadka’. Oh, okay!

Today, the trailer of Ranbir Kapoor’s highly-anticipated film Shamshera got released and during the trailer launch event, he opened up about his marriage with Alia Bhatt. Like a sweet husband, Ranbir Kapoor said that he couldn’t have asked for a better partner than Alia. The Tamasha actor said that he used to think that he needed tangdi-kebab and hakka noodles in his life but realised that dal-chawal is best and called Alia the dal-chawal with tadka in his life. What is with married Indian men and their obsession with the dal-chawal analogies?

ranbir as a hubby>>> the way he talks about alia AHHH pic.twitter.com/GprwHjUR5v

For the unversed, Alia Bhatt and Ranbir Kapoor got married in an intimate wedding in April in the presence of their family members and close friends.

Meanwhile, the couple will feature together in Ayan Mukerji’s upcoming film Brahmāstra along with Amitabh Bachchan, Mouni Roy, and Nagarjuna. The film will release in theatres on September 9, 2022.