From Sonam Kapoor To Parineeti Chopra, Here’s How Celebs Are Expressing Their Sibling Love On Raksha Bandhan!

Lucky are those who get to celebrate the sweet festival of Raksha Bandhan every year with their brothers and sisters. The festival is all about celebrating the beautiful bond that siblings share with each other, yes including those fights because it is an expression of love in a bro-sis relationship. Well, I cannot experience the happiness of this celebration this year, so like every other day I was randomly scrolling through my Insta, and since it’s Raksha Bandhan, my feed was flooded with sweet posts from our celebrities. The posts that were dedicated to their siblings and in very sweet words and pictures, the celebs had expressed their love for them. From Sonam Kapoor to Parineeti Chopra, Ananya Pandey, and Mouni Roy, the list is endless. The posts are just too sweet to be missed and hence I list some of them here for you!

Sonam Kapoor recently appeared with her cousin Arjun Kapoor on Koffee With Karan and the sibling bond came across beautifully in the episode. Now, on Raksha Bandhan, Sonam Kapoor took to her social media handle to post the most adorable picture of all her brothers. The picture seems to be a click from her marriage in which all the brothers can be seen holding a red dupatta. The one that the brothers hold during the bride’s entry to the stage. Being the eldest sister to all her brothers, Sonam captioned it with beautiful words and while expressing her love for them, also wrote that she cannot wait for their kids to bond in the same way. Aww!

Actress Parineeti Chopra too shared a picture with her brothers on social media, in which they all have bright smiles on their faces. For the caption, Parineeti wrote that they are the “best gifts” she has got from her parents.

Well, Raksha Bandhan is not only about brother-sister, it also celebrates a sis-sis bond, and Shamita Shetty shows us that. She posted a beautiful selfie with sister Shilpa Shetty and gave a heartwarming caption.

Athiya Shetty also posted a picture with her brother Ahaan Shetty but with it, she revisited her childhood days. It is an adorable childhood picture of Athiya and Ahaan and she captioned it by saying that “he still wears the checkered pants and is obsessed with water bottles,” and this is exactly what Ahaan’s childhood also looked like.

The Liger actress also posted cute pictures with her brother on the occasion of Raksha Bandhan and how she celebrated it with him. Ananya Pandey also gave a very loving caption to the post in which she referred to her brother as the “light of her life” and her “first friend and friend till the end.” Very creative too!

Vikrant Massey too dedicated a post for her sister on Raksha Bandhan. He posted a picture of him with his sister tying the rakhi. He called it the bond of “love and elegance” in his caption.

Varun too posted a selfie and a picture of his rakhi celebration.

Mouni Roy took to her social media story to post a cute selfie with Manmeet Singh, who is popularly know as the “meet bros”. In the story, she captioned the picture with “Raksha Bandhan, love you to the moon and back bhaiya.” The next picture that Mouni Posted was her touching the feet of her brother to seek his blessings. Mouni also dedicated a sweet Instagram story for her own little brother. 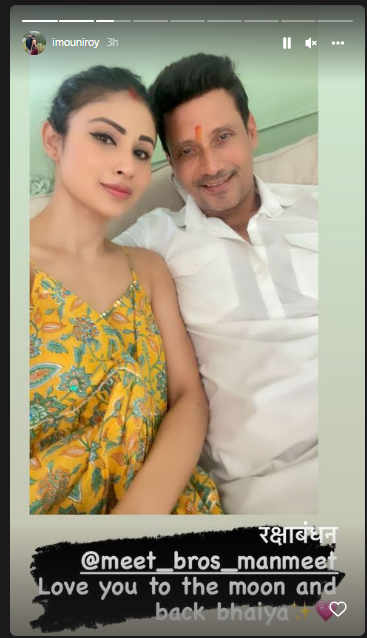 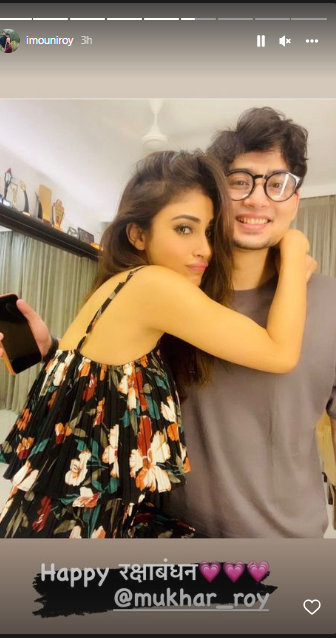 Also Read: Raksha Bandhan Is No Longer Just A Bro-Sis Thing. You Can Tie A Rakhi To Your Furry Pet Babies Too!

Will Cousins Arjun Kapoor And Mom-To-Be Sonam Kapoor Grace The ‘Koffee With Karan’ Couch? Here’s All We Know