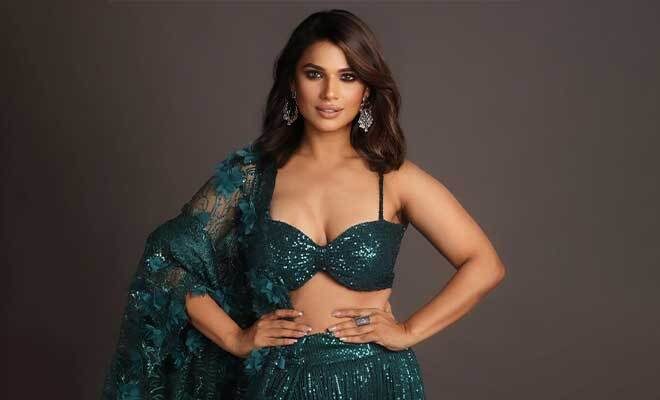 There is no doubt that when it comes to the entertainment industry, most of the time, there is politics involved. Sometimes so much so that it can break or make the careers of actors. Remember Vivek Oberoi? Well, this is not true just in Bollywood but also in television. Speaking about having faced that situation is one of the television actors, Naina Singh. She recently opened up about how producers of Kumkum Bhagya did her dirty, how even Bigg Boss 14 (BB14) did her more harm than good, and many more shocking revelations that showcase the politics that runs in the industry.

In a long interview, Naina Singh opened up about how her career was sabotaged by the producers of Kumkum Bhagya due to which she lost three web shows even after clearing their auditions. She always thought that she would get work based on her talent and skills, but politics proved her wrong.

Naina Singh revealed that when leaving Kumkum Bhagya, the producers had told her that they would see to it that she doesn’t get work anywhere else and she took that threat lightly thinking her talents and auditions will do the trick. But much to her dismay that was not the case. She said, “I was kicked out of three web series and a lot of scenes. So, I am trying and getting there but there is always somebody at that level who kicks me out. For me, life is hard and ever since I’ve left that show, I haven’t done any real work.”

Tired of keeping quiet anymore, Naina Singh went on to reveal that she regrets her decision of being a part of BB14. She opened up about how she was good with reality shows and not someone who gets eliminated in the first two weeks. The actress further added that life for her became tougher for her after the show since no one wanted her in projects as she had been on it. In fact, she said that she was not even told that she was going to be a wild card entry.

Speaking about her experience in BB14, she said that the makers had promised her that she would be a regular contestant but that didn’t happen and she was made to live in a hotel for 3 weeks without having a clue about what was happening. Naina Singh also added that everything, including people and the fights, is all pretentious on the show. She even added that even though she had fights with Eijaz Khan, Nikki Tamboli, and everyone else nothing was telecasted.

Furthermore, Naina Singh spoke about how she wants to clear the air with the makers of Kumkum Bhagya but they aren’t interested in doing so. She says that the producer has never met her and had a one-on-one conversation, they always converse via someone else. She said, “I tried to speak with the makers and I told them, ‘If you do not want to give me work on your own platform, that’s okay but do not do things like that for me’ but the makers don’t want to talk to me. They don’t want to clear the air… But do you understand, I am nobody. I started my career with that show and if you are making me so important in your life. I would love to make amends and clear the air but people are not interested.”

Naina Singh believes that there is some sort of conspiracy that she is dealing with. She reveals that the reason she left Kumkum Bhagya was that she wanted more screen time and they had refused. In fact, she had even served her termination letter 9 months in advance rather than 6 months as they wanted her to be on the show for 3 more months. And now she is completely heartbroken as she is not getting any work and to make situations worse she is the sole breadwinner of her family.

Talking about maintaining a distance with her co-stars, Naina Singh stated that her co-stars were like her family but they never took a stand for her, nor did they support her when she was on BB14. And so she doesn’t want much to do with them as she’d rather prefer being with people who are real towards her.

Honestly, reading her interview, I can’t even imagine the kind of stress, anxiety, and pressure she must be feeling. It sucks to be someone who has talent but doesn’t get work because someone has a feud with you. Only time will tell where the actress ends up.

Gauahar Khan’s Fashion At The Bigg Boss 14 House Is Effortlessly Chic And We Are Impressed!