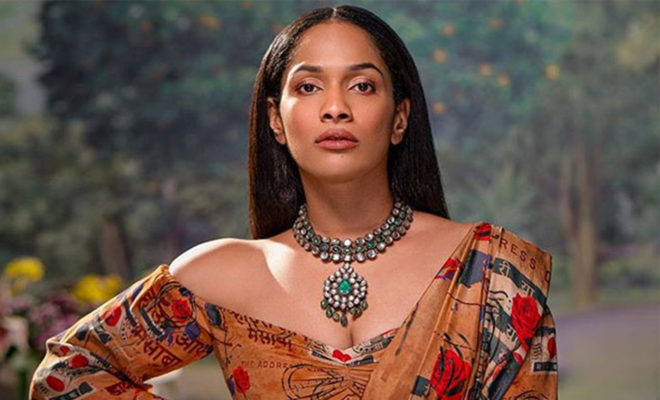 Masaba Gupta Doesn’t Want A Baby Out Of Wedlock, Says She Doesn’t Have Guts To Take The Extra Pressure

No matter how progressive we think we have become, there are still some situations where our thinking is orthodox – one of them being when a woman has a baby out of wedlock. Yep, if a woman is to have a baby out of wedlock, she is looked down upon and criticised constantly by society. It’s a whole different sort of pressure that is put on these women. And not everyone is up to taking that kind of pressure. In fact, this is exactly what Masaba Gupta talks about. In a recent interview, the celebrity designer spoke about how she doesn’t want to have a baby out of wedlock because she doesn’t have the guts to take that kind of pressure.

Masaba Gupta who is currently promoting her acting project Modern Love: Mumbai, opened up about what it truly means to be modern and how her mother, Neena Gupta, was termed as modern by society. She even went on to explain why she would never want a baby out of wedlock.

Also Read: Neena Gupta Reveals She Didn’t Tell Her Mom About Being Molested As A Kid From Fear Of Being Blamed For It

The designer in her interview stated that an ideal man is a blend of both – timelessness and modernity. She added that no matter how much one grows, they have to be in touch with their culture, morals, and ethics to find the perfect balance. According to Masaba Gupta, a modern man is someone who can adapt to things easily and change with time.

When asked if she faced the brunt of being a modern woman, Masaba Gupta said that her mother, Neena Gupta, was always termed as one and that when she made saans it was called modern and people said that she was way ahead of her time.

Furthermore, Masaba Gupta revealed, “I have been tagged too modern for being born out of wedlock. Honestly, it’s wonderful to be modern but there’s no size that fits everyone. I think the responsibility of being modern is to be accepted, however, we have become more intolerant. I think we are going back in time.” She added that “Being a modern woman, do I have the guts to have a baby out of wedlock? Never. I don’t want to take that extra pressure, and put a child in that space.” The actress further explained how even today a child who is born out of wedlock is looked at differently and more often than not treated differently.

On the work front, the designer and actress is going to be seen paired opposite Rithvik Bhowmick in the short film, I love Thane, in Modern Love: Mumbai.