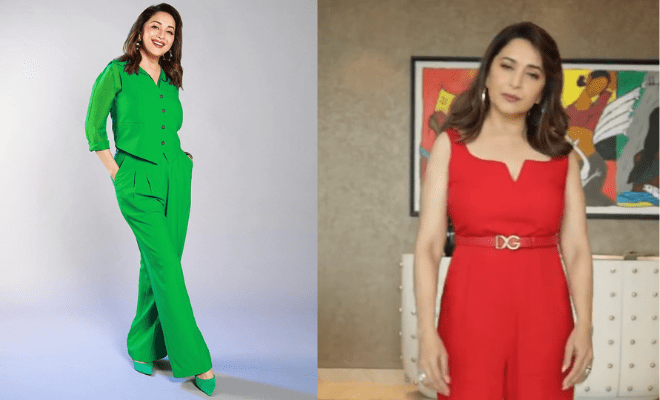 Madhuri Dixit has been an icon in Bollywood and is a complete legend. After returning from the United States, the actress has successfully pursued new projects, including a Netflix web series named The Fame Game this year. She is also now working on her debut album, The Film Star. In a recent interview, the actress remarked on her career in Bollywood throughout the years.

Madhuri commented on how drastically things have changed and said that being a movie star is tougher at each age. She added that the industry was quite disorganised when she first started. She said that the film industry was not organised and films would take a year and a half to seven years to complete. She said that the only thing that they knew was what the plot would be. Madhuri said that everything was haphazard but they managed to produce good business.

Madhuri further said the filmmaking process is now quite systematic. She noted that every production now has a budget and it is known how many days they’ll be shooting. She said that all the preparations are complete. Madhuri added that actors have a great advantage in this type of scenario because women are omnipresent on film sets.

According to sources, Madhuri said that actors can become entirely engrossed with the film they are working on. She recalled that they used to work on three or five films at once which made them work double or triple shifts in a day. She also recalled that they didn’t have vans or anything when they went on outdoor shoots. She said that when she walked onto the set as a woman, the only women in the room were her, her co-stars, and the hairdressers. Madhuri recalls this in today’s day and age when there are women in every area who have made strides, whether it’s photography, the camera person, or the DOP. She added that it’s great to see women writers and directors doing such brilliant stuff.

Madhuri is also well-known for her fun reels on social media. Madhuri spoke on her newfound interest saying that she enjoys doing the reels. She said that she enjoys them because they feel like an extension of herself and it’s just another way for her to express herself.

Madhuri Dixit not only entertains us with her movies but also her trendy and funny reels. And here are some of her reels which entertain us: