‘Koffee With Karan 7’: 7 Times Sonam Kapoor Made Us Crack Up With Her Savage Truth Bombs And Pregnancy Brain!

Koffee With Karan is all about spilling the beans and after being controversial on the Koffee couch in an earlier episode, Sonam Kapoor is back to make us all laugh till our sides hurt. In Koffee With Karan Season 7, episode 6, Sonam Kapoor and Arjun Kapoor graced Karan Johar’s beloved Koffee couch. And to say that this episode was full of fun and laughter would be an understatement. While Sonam did not spill too many beans, her pregnancy brain did spew some of the best and most hilarious moments. We don’t know about Koffee but Sonam is pretty amazing at roasting! The actress managed to roast everyone from her brothers to her father with her sly but savage comments and we’re here for it. Here are all the hilarious moments when Sonam Kapoor’s pregnancy brains took over.

Without a second thought, Sonam Kapoor went ahead and called brother Arjun Kapoor’s upcoming film Ek Villian Returns a thirst trap. The reason? It stars actors John Abraham, Arjun Kapoor, Disha Patani and Tara Sutaria, who all happen to look hot. She even said that the film had only been casting hot actors. But what was cuter was that despite knowing about the film, she was still clueless about the makers of it. 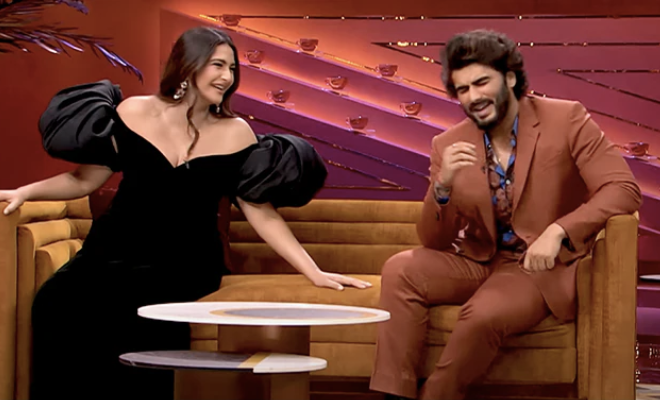 Sonam Kapoor’s cluelessness about B-town and its happenings is absolutely adorable to watch. When asked about who’s the one actor who is the talk of the town, Sonam said it was Ranbir as she has been seeing him all over the place promoting his upcoming Ayan Mukerjee film but when asked to name the film, the actress said it was ‘Shiva’. Well, to all those laughing about it, she was partly right, okay? It’s Brahmāstra: Part One – Shiva. 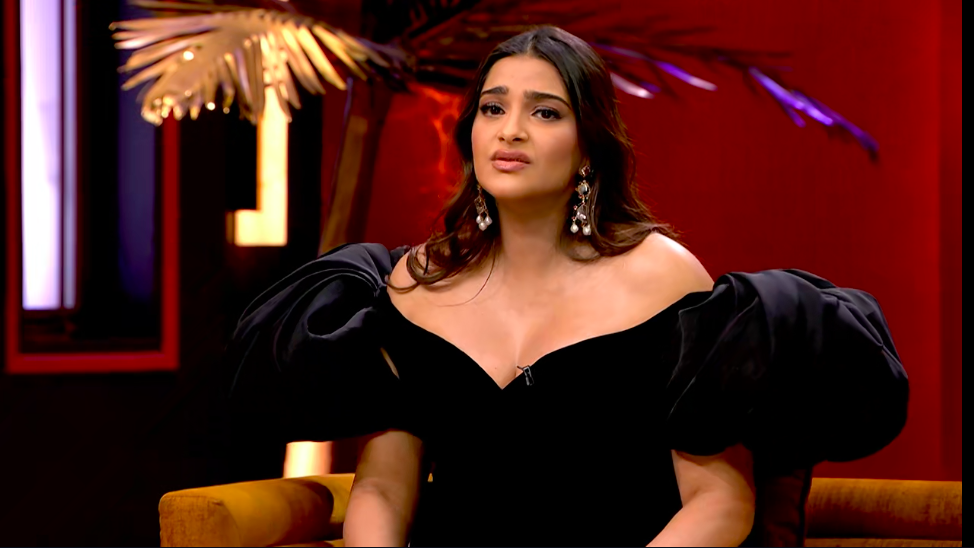 What A Wild Time

The kween of Koffee couch also opened up about what she considers a wild time and it’s all about carbs. Sonam Kapoor said that according to her eating is a wild time. It’s wild when she eats pav bhaji, pizzas and whatnot. Apparently, carbs are wild for Karan and Arjun too! 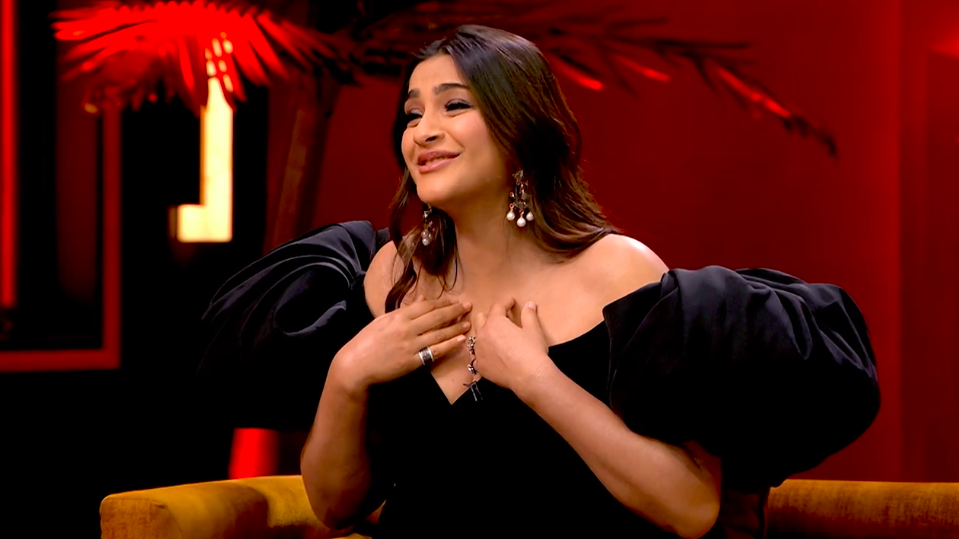 Do We Have To Call The Paps?

It’s cute how Sonam Kapoor had no clue that celebs have to call the paps and inform them that they’re going somewhere or returning from somewhere and will be at the airport in order to be clicked by the shutterbugs. The actress said that she thought the paparazzi would be at the airport to click only to find out that you’re supposed to call them to be clicked. Well, she really confirmed our doubts about airport looks and shots. 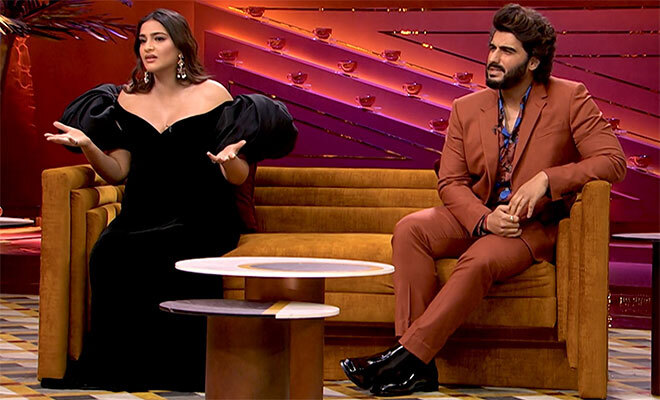 “No One My Brothers Haven’t Slept With”

During #SiblingTrolls game, when Arjun asked Sonam if her brother has slept with any of her friends, the actress had us all cracking up after she confessed that between all her Kapoor bros, there’s no friend of hers who they haven’t slept with. 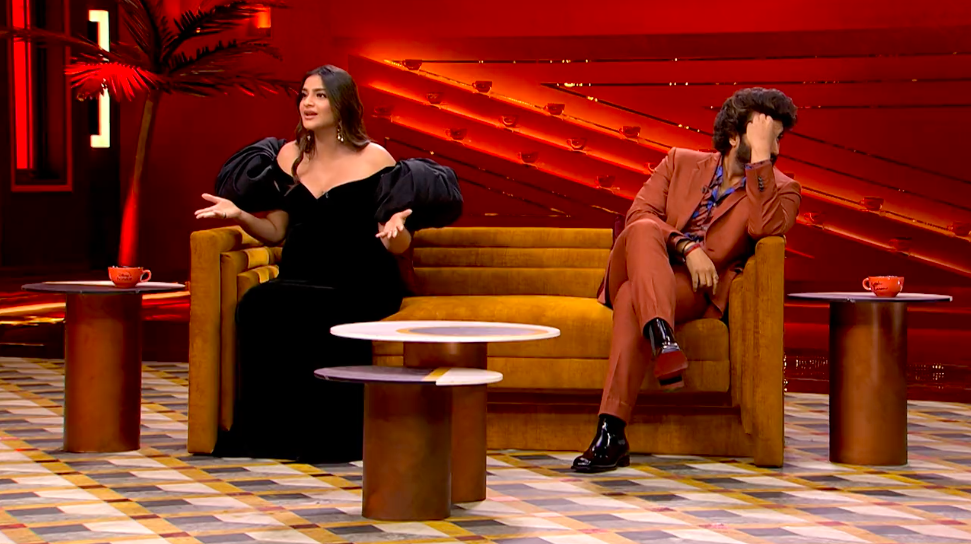 Sonam Kapoor also took a moment to thank her stars and Malaika Arora for reigning Arjun Kapoor in and taking him off the streets. When asked who is the “sluttier” sibling, Sonam joked that this is self-explanatory and Karan pointed out that Arjun was, of course, more sluttier to which Sonam said that she’s glad that he has Malla in his life. 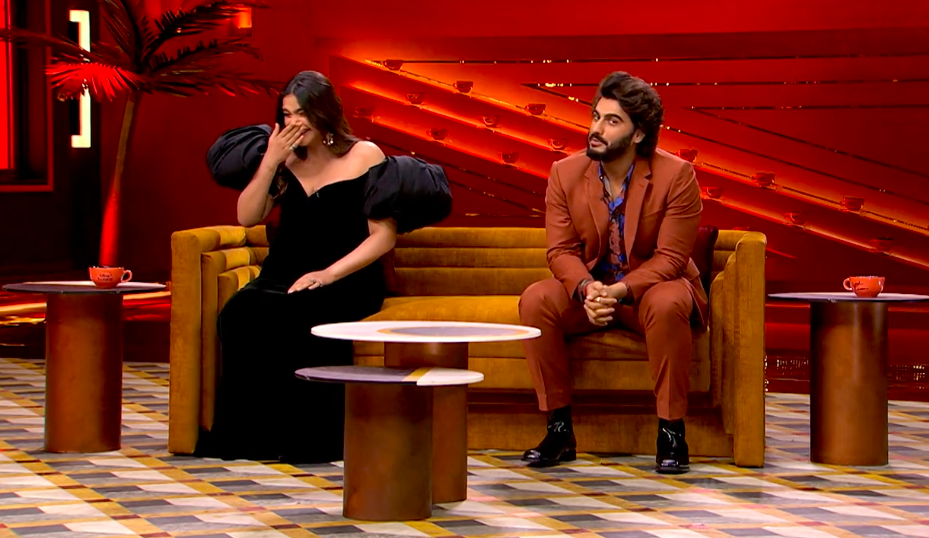 While Sonam Kapoor may not have won the rapid-fire round, she did manage to elicit quite a few laughs with her savage and sassy replies as well as her cluelessness. In fact, she also accepted that her pregnancy brain was affecting her replies. From calling Varun Dhawan the IG clown to changing Karan Johar’s question, the actress really had our sides in splits. 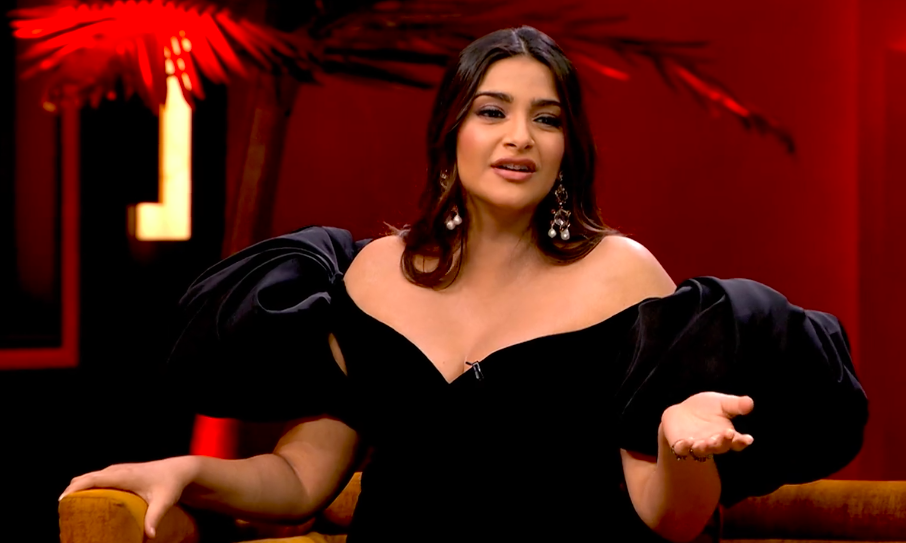 With all the LOLs and savage truth bombs Sonam Kapoor’s pregnancy brains gave us, we cannot be more thankful!