Another episode of Koffee With Karan season 7 is out, and this time, the Fabulous Bollywood wives have graced the show! Yes, I am talking about Gauri Khan, Maheep Kapoor and Bhavana Panday. The three gorgeous ladies brought their own share of poise, calm, fun and sass to the show! Honestly, Karan Johar is so associated with making celebrities spill their secrets on camera that it was difficult to imagine what this episode had in store. But from the looks of it, all four of them – Karan, Gaur, Maheep and Bhavana share a great bond and do not shy away from calling a spade a spade around each other. Also, it was nice to change to see the mothers of three gen-z actresses give an insight into their glamorous lives and talk about how things have not always been rosy for them.

Gauri, Maheep and Bhavana are the typical normal girl gang

The three of them make a typical girl group. With Bhavana bringing in her old-school char, Gauri being the poised one, and Maheep bringing her share of crazy to the table, I can totally imagine their rapport to be anything but celebrity-like. As Gauri Khan pointed out that they, as a group, have been through many ups and downs throughout the 30 years of their friendship, and have managed to pull through the tide to stick by each other. It was fun to see them be their true selves on Koffee With Karan! 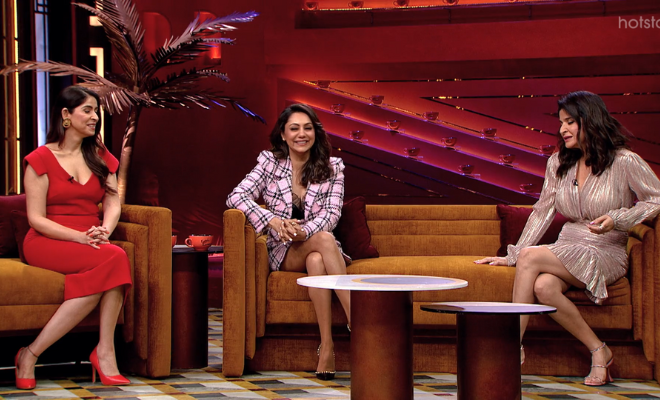 How they dealt with their partners’ success or failures

The three ladies were asked how each other’s partner’s success or failures affected their own rapport, and they all had different perspectives to share. Gauri said that she does not see a person keeping their success or failure in mind. She’s here to have a good time with that person and she does just that. Seedhi baat, no bakwaas attitude! Maheep said that there were times when her husband Sanjay Kapoor did have work for some years, and yet he never made them feel a financial crunch. She and he learnt to deal with issues with a smile on their faces while their children have grown up seeing this side of life as well. Bhavana, on the other hand, did accept that watching her husband Chunky Panday not be given the role of the main hero did bother her, but only for a little bit. 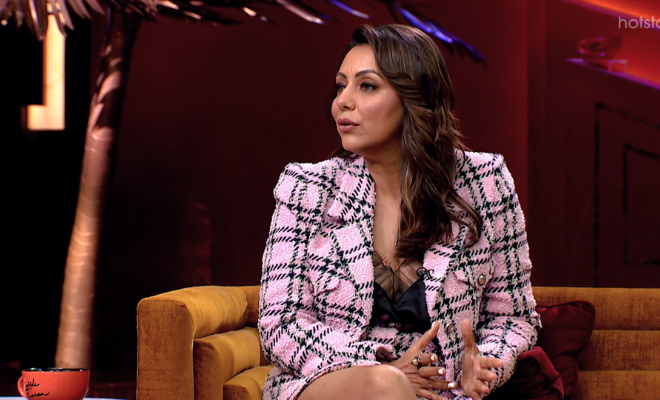 Suhana, Ananya and Shanaya spill sweet secrets about their mommies

There was a section in the show where Suhana, Ananya and Shanaya revealed all sweet little secrets about their mothers. Suhana said that her mother is a terrible secret-keeper as she always accidentally ends up revealing things to people. She also said that every picture she uploads on Instagram has to have Gauri’s approval! Coming to Bhavana, Ananya said that everyone in her team calls her BBB – Big Boss Bhavs because she has to know everything about Ananya’s whereabouts, what she is wearing and what her lipstick shade is, etc! About Maheep, Shanaya said that she is the world’s coolest mom as she always permits her to do mischief and also hides her deeds from her father. 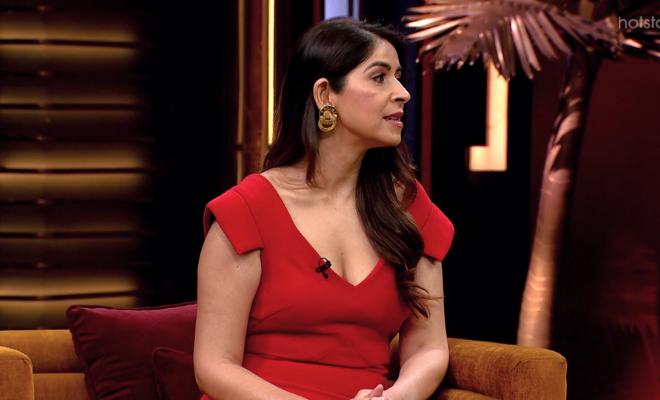 Maheep Kapoor becomes the life of the party wherever she goes!

In another segment of the show, the ladies had to drink shots every time they admit to doing something Karan asked them about. And Maheep consecutively drank them all! There was nothing she hasn’t admitted to being not guilty of, making her the fun one of the lot. Plus, we love her candour, and it was quite refreshing to see her being her unapologetic self. 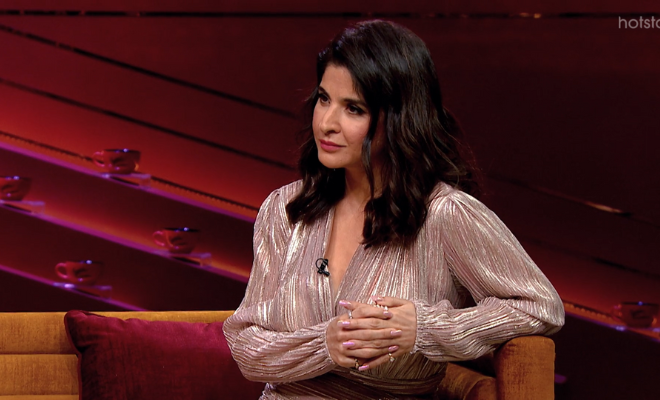 In the segment where the three of them had to call one celebrity from the industry, Gauri chose to call SRK. He also picked up the call and very graciously said, “Hey Karan, it’s me”, winning his wife six points. He also went on to say that being with him always wins points. Was it a subtle hint or a jibe aimed at someone? We don’t know!

Despite the episode being a sweet ode to female friendships, I found it to be quite blah, honestly! I have always maintained that Koffee With Karan is a scandalous show, hence, guests should be invited accordingly. We got nothing out of the episode except for the sweet SRK cameo, which lasted only for a couple of seconds. But chalo, at least we know that friendships do last a lifetime in the film industry.

The latest episode of Koffee With Karan is available for streaming on Disney Plus Hotstar.

‘Koffee With Karan’ S7 Ep 11: Varun Dhawan Overshadows His Own Guru Karan Johar With His Knowledge On Sex!